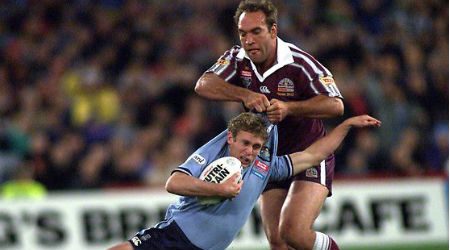 It takes more than good fortune to be named to the State of Origin squad, but geography can certainly help.

Being named to a State of Origin side is one of the highest honours a rugby league player can achieve. If you’re reading this rather than currently preparing to run out on the field for Queensland or New South Wales, chances are the opportunity has passed you by. It’s not too late to live vicariously through your kids, though!

So where should you look for property if you want your child to be raised in the best State of Origin incubator? We analysed the home towns of all 439 players to take the field in every State of Origin from 1980 to 2015 to find the best property markets for raising aspiring rugby league greats.

How to live stream State of Origin 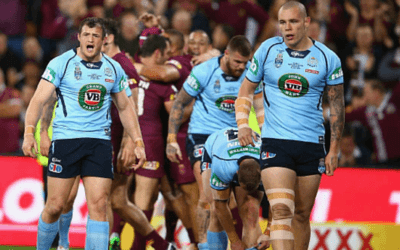 The poor, hapless New South Wales Blues. Since the first State of Origin series in 1982, the Blues have seen their rivals to the north hoist the shield 21 times. They also suffered losses in one-off State of Origin games in 1980 and 1981. Their run of bad fortune has included a pretty rough decade that has seen the side lose nine out of 10 series. Perhaps as a testament to some of their struggles, the Blues have frequently changed up their side. In 34 years, 257 players have been capped for the squad.

Whether or not they come out on top, it’s still a testament to a player’s athletic prowess to be named for the state’s side. If you want that honour to one day be bestowed upon your child, you’ll need to be picky about where in the state you choose to buy.

It should probably come as no surprise that Sydney dominates the rosters for New South Wales. Nearly one in five Blues players have hailed from the Harbour City (and that number rises significantly if you factor in Sydney suburbs).

Appearances are deceiving, however, when it comes to Sydney’s representation on State of Origin squads. Sydney has supplied 19.5% of all NSW State of Origin players, rising to around 25% if you include inner city suburbs. But considering Sydney accounts for 57% of the New South Wales population, this makes the city appear fairly anaemic in its development of footy talent. Country New South Wales seems to win out when it comes to nurturing future Origin players, and it’s considerably more affordable as well.

That might not sound like a lot, and it does only represent 1.5% of all NSW State of Origin players. Kiama is punching well above its weight, though. The township of slightly fewer than 13,000 people represents just 0.1% of the total population of New South Wales.

Unfortunately for those looking to raise their kids in the shadows of greatness (and a quaint lighthouse), Kiama is also punching above its weight when it comes to property prices. The town’s median house price is well above that of the rest of the state.

These six represent roughly 2% of all NSW Blues players ever to compete in State of Origin. Queanbeyan, meanwhile, represents only 0.5% of the total population of New South Wales. Houses and units in the town are also surprisingly affordable, given its proximity to Canberra.

If you’re lucky enough to find work at one of the region’s wineries, farms or even one of its cultural attractions such as the Riverina Theatre Company, houses and units are quite affordable. 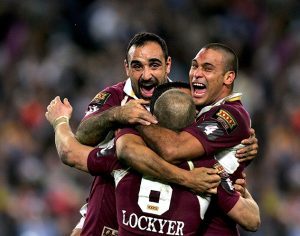 The Queensland Maroons have absolutely dominated State of Origin. They’ve won the series nearly two-thirds of the time. They’ve also done it with fewer squad changes than the Blues, capping only 182 players compared to NSW’s 257.

Queensland also sees its players come from a broad range of locales (and the cynical New South Welshman would point out that 8% of Queensland Maroons have originally hailed from New South Wales).

As with New South Wales, if you want to raise an Origin great in Queensland, you might want to look outside the major cities.

Like Sydney, though, this rather impressive number seems less impressive when compared to Brisbane as a proportion of Queensland’s population. Nearly half (44.8%) of all Queenslanders live in Brisbane, but the city has produced fewer than one in five State of Origin players. Like New South Wales, it seems country Queensland is where the talent lives.

The Outback town of Roma is famed for holding Australia’s largest cattle sale, as well as for its rich deposits of oil and natural gas. It’s perhaps less well known as the hometown of three Queensland Maroons State of Origin players (Arthur Beetson, Willie Carne and Brent Tate). Three might not seem like much, but for a town of around 7,000 people it’s pretty impressive.

Roma accounts for 0.1% of Queensland’s total population. Its State of Origin players, meanwhile, account for 1.6% of all players capped for the Queensland squad.

If you’re looking for a home in the area to raise your future Origin players, you’ll find them more affordable than Brisbane or the Gold Coast. Unfortunately, you’ll also find higher levels of lead in your children’s blood than deemed healthy by the World Health Organisation. While it doesn’t seem to have stopped at least four of the city’s residents from reaching the peak of athletic greatness, it’s a bit of a calculated risk.

Billing itself as the Beef Capital of Australia, Rockhampton is a popular tourist destination on Queensland’s Capricorn Coast. It’s also home to Central Queensland University.

Not all State of Origin players hail from New South Wales, Queensland or even Australia. The series has seen nine Kiwis capped, as well as three players from Fiji, two from Tripoli and the famed Maltese Falcon, Mario Fenech. Here’s a look at property prices in a few of the more far-flung hometowns of State of Origin players.

Tripoli has been home to two New South Wales Blues players: Benny Elias, first capped in 1985 and Hazem El Masri who got the nod in 2007.

Property prices in Lebanon are high, with an apartment in Beirut’s CBD running around $3.5 million. While political unrest in the region has seen prices fall slightly in recent years, an apartment in Tripoli will still set you back $3,300 per square metre.

Souths Magpies forward Chris Phelan was born in this tiny village in County Laois. The town is known to most in Ireland as a brief refreshment stop on long bus trips. While we couldn’t track down a median price for the village, houses listed for sale ranged from $122,000 for a three bedroom semi-detached townhouse to $990,000 for a six bedroom country estate.

Newcastle Knights winger James McManus is originally from Banff, a historic Scottish town in Aberdeenshire. McManus isn’t the only citizen of Banff to find his fortune in Australia. The town also produced James Milne Wilson, Premier of Tasmania from 1869 to 1872.

House prices in Banff are recovering after crashing more than 50% in the wake of the GFC. The median house price currently sits at just below $250,000.