Where can I use complimentary Qantas lounge invitations?

With benefits such as free food, beverages and Wi-Fi, a complimentary Qantas lounge invitation allows you to relax in style before your next flight.

Qantas Club lounges offer a wide range of premium services to guests travelling on domestic or international flights, with benefits ranging from express check-in to luxury seating, free wireless Internet and complimentary food and drink. While ongoing membership to the Qantas Club typically costs hundreds of dollars per year, you can also gain access with a single-use Qantas Club lounge pass.

These passes are provided as a complimentary perk with some frequent flyer credit cards, including the Qantas American Express Premium and the ANZ Frequent Flyer Black. Complimentary Qantas Club lounge passes are also offered to Qantas Frequent Flyer members with Silver Status. Here, we outline the common conditions of these passes, as well as your options for both domestic and international flights.

How can I get a Qantas Club lounge pass?

If you’re interested in getting a single-use Qantas Club lounge pass or passes, here are your options:

You can also transfer complimentary lounge invitations between Qantas Frequent Flyer members. This could be a good option if you or someone you know isn’t going to use the lounge passes before they expire.

What do I need to do to get my credit card complimentary Qantas lounge invitations?

Use this table to find out what steps you need to take to claim your complimentary Qantas lounge invitations based on the credit card you choose.

How and where can I use my complimentary Qantas lounge passes? 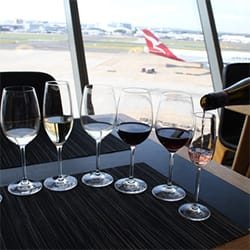 If you have an eligible credit card and meet the requirements to get Qantas lounge invitations, you’ll receive an email with the details, including the expiry date. To use an invitation, you’ll need to log in to your Qantas Frequent Flyer account and link the invitation to an upcoming, eligible flight with Qantas or Jetstar.

On the day of your flight, you’ll need to show your lounge invitation and boarding pass to access the selected Qantas lounge. We’ve outlined details for domestic and international options below.

If you’re flying overseas on a Qantas or Jetstar flight, or on an Emirates flight with a QF flight number, your lounge pass could get you access to the following international lounges operated by Qantas:

Where can’t I use a Qantas lounge voucher?

The complimentary Qantas Club lounge passes you can get with a credit card or Silver frequent flyer status can only be used at Qantas Club lounges operated by Qantas. This excludes you from using a pass at Qantas Club Domestic Business Lounges, Qantas Club partner lounges, Associated Lounges and those shared with other airlines, such as the Los Angeles Qantas International Business lounge, which is operated in partnership with British Airways and Cathay Pacific.

If you’re travelling between airports without a supported lounge, you could still use your Qantas Club lounge pass at an eligible location in Australia before your departure. Alternatively, you could consider passes associated with other lounges and programs, such as Priority Pass or Véloce.

What else do I need to consider?

If you’re planning on getting and using a Qantas Club lounge pass, make sure you consider these factors.

Qantas Club lounge passes give you an opportunity to explore the benefits of airport lounge access without paying hundreds of dollars for an annual membership. But pay attention to the valid lounge locations, opening hours and other requirements to decide if this type of lounge access suits your travel plans.

Amy has been writing about personal finance for more than 13 years – including over 600 articles as a senior writer for Finder. She is also the editorial lead for Finder Green, covering sustainability across different industries. Her work has appeared in publications including Money Magazine, The Sydney Morning Herald, Financy, ABC News Australia and Equity Magazine. Amy also has a Bachelor of Arts in Journalism and Drama from Griffith University.

How to upgrade to business class with Qantas Points Road test: How many stores accept American Express?