When will the NBN rollout be finished? 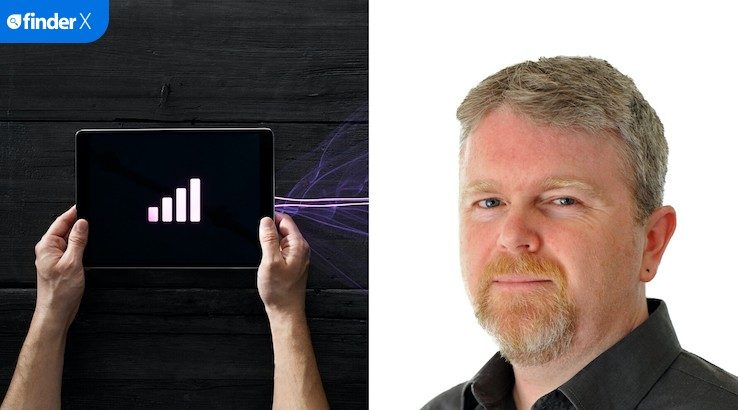 Is the NBN on track for completion in mid-2020? Technology journalist Adam Turner investigates.

NBN Co has ensured that Australia's broadband rollout will be finished mid-year as scheduled, but only by changing the definition of "finished" to exclude all those homes dumped in the too hard basket.

At the end of January 2020, 10.8 million premises had been declared ready to connect to the NBN. This means 94% of all Australian homes and businesses can now order a service over the NBN network.

The rollout remains on track to meet its "milestone target" of 11.5 million premises ready to connect by the end of June, according to NBN Co chief Stephen Rue speaking at the telco's most recent Financial Results briefing.

Of course that was before the impact of the coronavirus hit Australia, and its flow on effects will likely hamper the final stages of the rollout.

Stay in the mix

The nationwide rollout has been through several upheavals since it was first conceived in 2007, but for the last few years NBN Co has been promising to complete the network by the end of June 2020. Unfortunately, since switching from a mostly Fibre to the Premises design to the Multi-Technology Mix, each new broadband delivery technology has come with its own set of teething problems and delays.

Meanwhile, around 12% will be dependent on Fibre to the Curb, reliant on much shorter copper runs, while 19% will be lucky enough to have Fibre to the Premises running all the way into their home. That leaves 21% using the HFC (hybrid fiber-coaxial) cable networks, 5% on fixed-wireless and 3% on SkyMuster satellite.

As a general rule, the closer the fibre gets to your home the better. The mix is always in flux, such as when the Optus cable network was scrapped and affected homes switched across to Fibre to the Curb. Meanwhile, some homes with woeful Fibre to the Node connections are getting upgraded to superior Fibre to the Premises, yet other homes with difficult fixed-line installations have been shunted across to a SkyMuster NBN satellite connection.

In most cases, once your area is declared "Ready for Service" you've got 18 months to migrate across from your existing broadband service (if you're on Optus cable it might only be 3 months). Don't make the leap straight away, with anecdotal evidence suggesting that NBN services in a new area tend to be a bit flaky for the first few months as they optimise the network and work out the bugs.

Along the way, thousands of premises which proved too difficult to connect were skipped with a promise to come back and connect them at the end of the rollout. The idea was to ensure the rollout didn't fall behind schedule, even though it meant telling some Australians they'd need to live with no home phone or broadband for months or even years.

At last count, roughly 100,000 homes and businesses have been placed in the too hard basket, according to NBN Co, but it hasn't wavered on its promise to complete the rollout by the end of June 2020. Instead, it's starting to refer to this phase of the rollout as the "volume build", a Kafkaesque phrase which conveniently omits all those premises which have been skipped in the rush to meet the deadline.

In other words, every home will be connected by 1 July. That's every home, except for those homes which aren't connected.

So far, NBN Co is yet to detail exactly when it will be finished connecting all the premises overlooked in the "volume build" phase, but says it is finalising a detailed analysis of this work and will have more to say in May as part of its third quarter results.

"[With] Fibre-to-the-curb we expect to see ongoing costs in terms of civil build, in terms of lead-ins, and indeed in terms of complex areas in the second half of the year," Stephen Rue said at the most recent Financial Results briefing in January – in one of the few mentions of these overlooked "complex areas".

Look to the future

As NBN Co steams towards completing the volume build with a promise to eventually return to those complex areas, the telco is already starting to look ahead and talk about upgrading the network further down the track.

"In reality, getting to June 30 will be just one more step in our long journey to fulfil our purpose which is to help lift the digital capability of Australia," Rue says. "While we are marking June 30 as a milestone for completion of the volume rollout, our job does not end there."

Unfortunately, only some of the NBN's broadband technologies have a clear path ahead to push beyond 100 Mbps and potentially deliver 1,000 Mbps "gigabit" download speeds.

The DOCSIS 3.1 upgrade for the HFC cable network has the potential to deliver gigabit speeds, as does G.Fast upgrade when applied to the short copper lines used with Fibre to the Curb. The news isn't as good for those on Fibre to the Node, which accounts for the lion's share of the network, not to mention those on fixed-wireless towers and satellite.

"Our job to continually improve the capability of this great effort, does not end. And for that matter, nor does the build," Rue says.

"There will, of course, always be new homes that will need to be added to the network and there remains a number of culturally significant and heritage sites and complex builds that construction efforts will continue past that June target."

"These complex builds include connecting some of Australia's outlying islands. It includes difficult to access sites like airports and ports, and includes some regions that have been impacted by natural disasters. All of which serves as another reminder of the complexity we face on a daily basis as we roll out this network to all corners of the nation."