When is Conor McGregor’s next UFC fight? 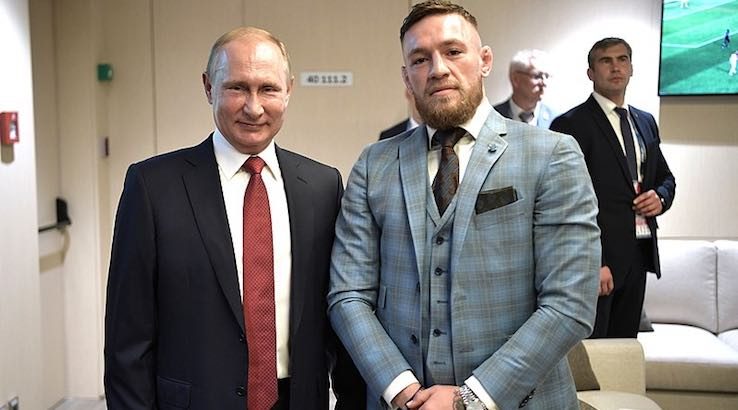 Conor McGregor announces his return to the UFC at a press conference in Russia.

Conor McGregor is coming back to the UFC in 2020. The Notorious one announced the date of his next fight at a press conference in Moscow. The date is set for 18 January 2020, at T-Mobile Arena in Las Vegas.

Most surprising was that McGregor indicated he knew who he would fight but wouldn't reveal his opponent. "I have the opponent's name, but for me, the game that I am in and from experience, if I was to give you people the name as I would love to do, I know the UFC would flip it, because they're a crafty company.

MMA fans have not seen fan favourite McGregor in the octagon since the infamous UFC 229 event. After McGregor tapped out to Nurmagemodov, brawls sprawled out into the crowd and intruders entered the octagon.

At this stage it doesn't sound like the Irishman will be having a rematch with Khabib Nurmagemedov. While he never mentioned Khabib by name McGregor made it clear "it will happen" in the future.

McGregor has lost none of his bravado during his time off. He put the UFC on notice saying he expects to "go through the roster like a chainsaw through butter".

Who is Conor McGregor's next UFC opponent?

UFC expert and leading MMA writer Ariel Helwani, thinks he has the inside information on McGregor's next opponent. Helwani tweeted, "Fight isn't signed. Two leading candidates are Cerrone and Gaethje. Cerrone is the frontrunner at this time, I'm told."

Donald Cerrone and Justin Gaethje have history themselves, fighting in September this year at UFC Fight Night 158. Gaethje won that fight via TKO but "Cowboy" could be the bigger drawcard.

Cerrone is another lauded UFC fighter and he and McGregor have both shown respect to each other throughout their careers.

Is 2020 McGregor's permanent return to the UFC?

Fans of the UFC and especially those of McGregor should be excited by the Notorious One's comments. After this fight in January he has his eyes set on "the winner of Nate Diaz and Jorge Masvidal for the Bad Mother F***er title".

"I have history with Nate Diaz, we are set to make the trilogy belt, so we will see how that goes." It will only be after this that McGregor will turn his attention to regaining the Lightweight title, against either his Russian foe Khabib or Tony Ferguson.

"Then I will seek the belt and it will be against the winner of Tony Ferguson and Khabib Nurmagomedov." McGregor wants to have "the bout in Moscow" but noted that "it is an inevitable rematch".