What’s the deal with these $299 flights to Europe? 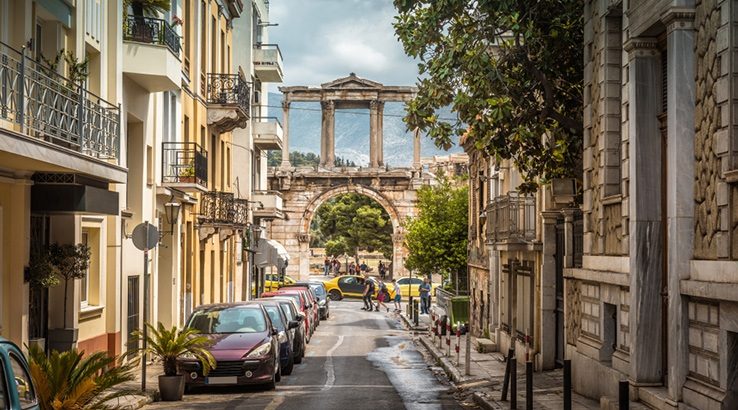 Scoot's running a mammoth flight sale at the moment, but is it really all that?

You might have heard on the wire that budget airline Scoot has a pretty impressive sale on.

If this is the first time you've heard of this, in short it features $119 flights to Asia and $299 flights to Europe.

Sounds amazing but before you jump on the plane there are a few things to keep in mind. First is that these are one-way fares so if you plan on returning home you're looking at flights to Asia from $238 and flights to Europe from $598 return.

Something else to bear in mind is that these starter fares are from Perth. With most of the Aussie population likely to depart from the east coast, the numbers Sydneysiders and Melburnians should be working with are $318 return to Asia and $618 return to Europe.

If you happen to live a little further north, you can catch flights to Asia from the Gold Coast for a touch less at $278 return. However, Europe will still set you back at least $618 return.

Where am I going?

Your options to Europe are minimal but appealing with your choice of travelling to Athens or Berlin.

While they're not the London or Paris that many travellers prefer to land in, both are exceptional options and great springboards into the continent as they're both quite central.

How long will it take me?

Flights aren't direct, requiring a stopover in Singapore, but to be fair unless you've shelled out the cash to catch non-stop flights from Perth to London (and are willing to brave the long 17-hour journey) you're going to have to stop somewhere.

But the stopover doesn't have to be as long as what you're (potentially) looking at. Yes, we did a quick search for one of the more popular legs from Sydney to Athens and that stopover is more like an overnight stay. 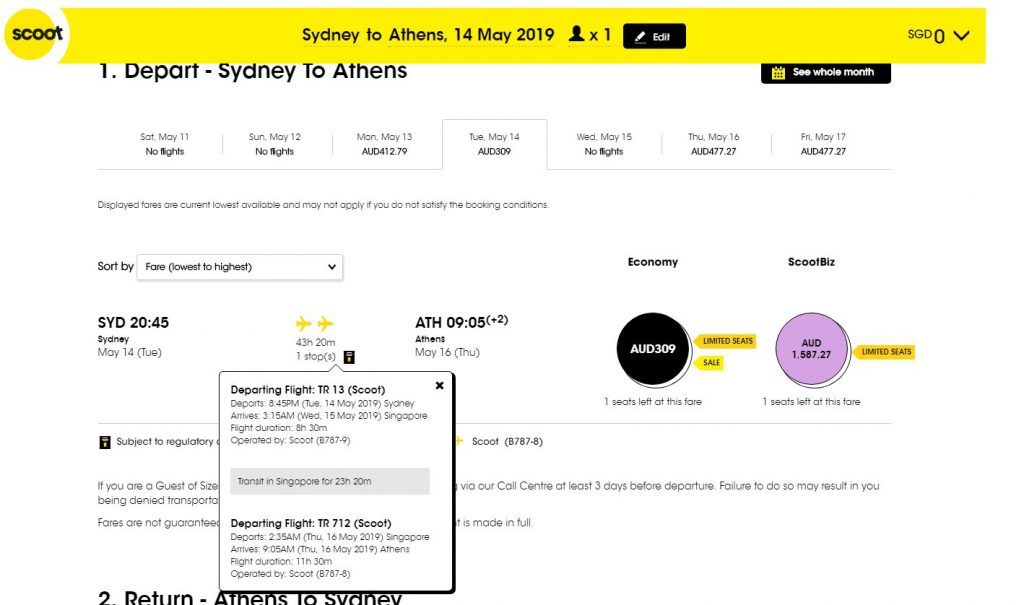 That's an almost 24-hour break in Singapore. Great if you want to visit the city (which we highly recommend) but not so great if you're not keen on spending 43 hours and 20 minutes in transit.

A quick check through online booking site Skyscanner pulls up a flight on the same route, on the same day on Qatar Airways for almost half the travel time. The price difference is almost double, sitting at $699 one-way. You can get there faster, but it'll always come at a price. 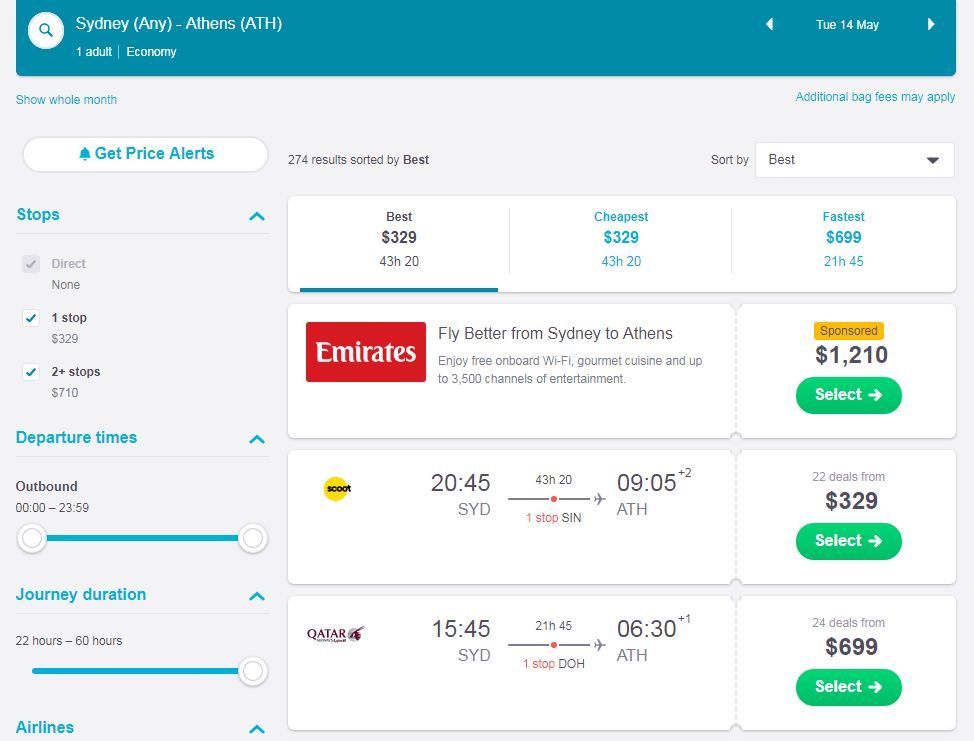 When do I have to travel?

Another consideration point is that flights must be taken before 30 May 2019. That gives you three months to drop everything and jet-set which is plenty of time, though avid planners might prefer a little more lead time. It's also shoulder season, which shouldn't come as much of a surprise for prices this low. Both cities will be warming up at this time of year and some boats might be on the waters for the Greek island-hopping season but if you truly wish to bask in the Adriatic sun it might actually be better to hold off until mid-June to hit those beaches.

What about creature comforts?

Now let's talk extras. Scoot is a budget airline and those super cheap fares are seat-only. It's a near two-day flight if you're eyeing a trip from Sydney to Athens, so you're going to want to be comfortable. And it's also autumn so you might want to bring a jacket or two.

But it's not impossible to catch flights even cheaper. Last September, Air China had flights down to $699 return, including luggage, meals and in-flight entertainment, to Barcelona. This was during a similar travel period as this sale, though you had a little bit of June thrown in as well.

It's also not impossible to find competitive fares for similar dates on sale right now, including these Etihad flights for $1,189 return from 14–25 May. They're around $200 more than your Scoot option but take up almost half the travel time and are with a 5-star airline. Or even these flights to Paris from $911 return on 3-star, full service airline Air China. 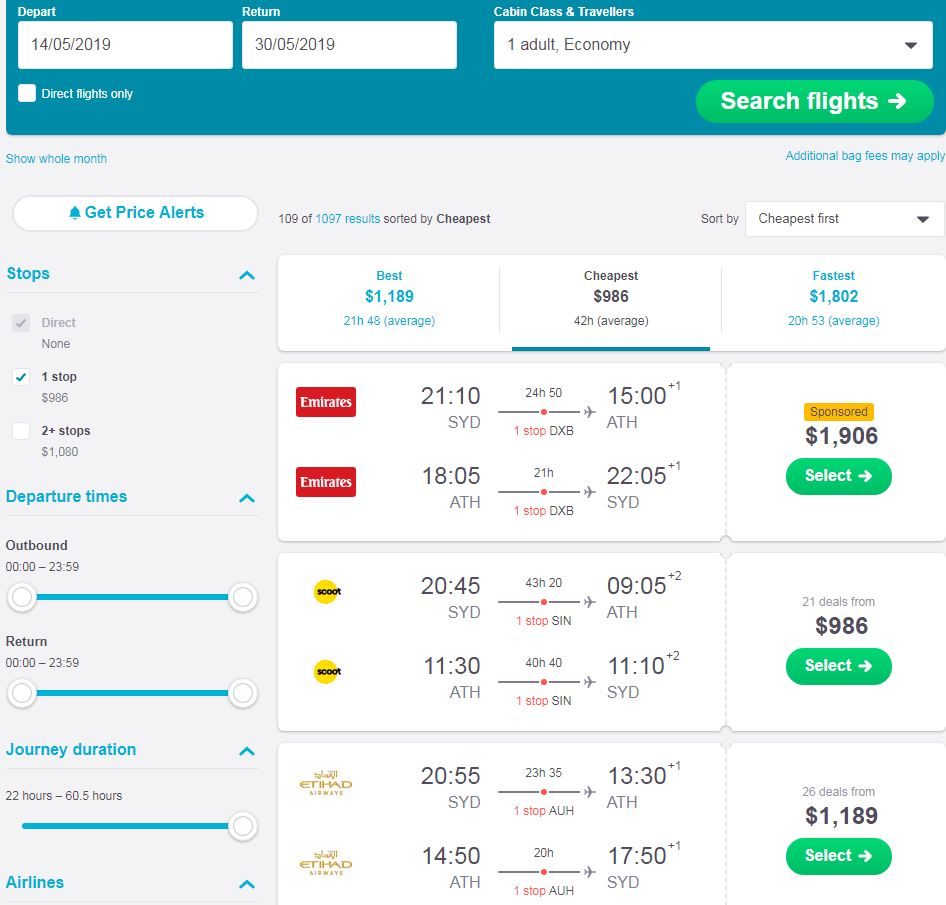 While we won't deny what an incredible sale this is for those running a tight budget and a light backpack, it does have its drawbacks and if you're willing to put a little more dosh into your travel fund you could score something with a little more comfort, a swifter flight and better weather. Explore your options here, including those hot Scoot fares:

This Scoot sale ends 28 February unless seats sell out earlier.