What’s the cheapest day to fly out during the peak festive season? 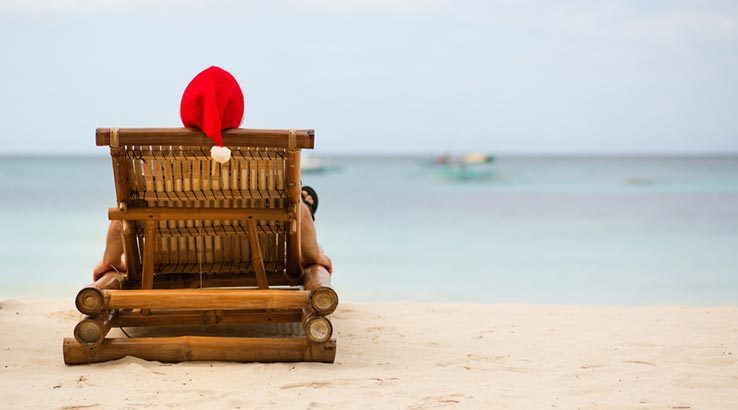 Hint: It's actually not Christmas Day.

It's no grand secret that Christmas brings with it peak prices on travel, but there are a few ways to keep the dollars down even when booking last-minute. One of those ways is by travelling on select dates.

If you, like us, have heard the rumours that flying on Christmas or New Year's Day warrants you some of the cheapest fares, you're not wrong. What's surprising though is that they're not the cheapest dates to fly during the Christmas week.

According to our research, those belong to Christmas Eve instead.

By analysing week-long trips from Melbourne, Sydney and Brisbane to some of Australia's most popular destinations between 21 December to 2 January, we discovered that you can save up to 40% off flying out Christmas Eve instead of 27 December, which was the most expensive date to fly out.

One reason for Christmas Eve taking the crown as the cheapest day to fly might be because, depending on when you take off and how long your flight is, there's the potential you'll still be in transit for some of Christmas Day.

As we looked at week-long trips only, it also means you'll fly back New Year's Eve and either catch the fireworks at home or try and catch them from your airplane seat. Again, which one this turns out to be depends on the time and length of your flight.

So long as you're not fussed about missing Christmas and New Year's or better yet, if you find well-timed flights that get you in before Christmas and back for the midnight celebrations, you could save hundreds of dollars per flight.

For example, using Skyscanner, we found that at the moment the cheapest flights from Sydney to Honolulu from 24-31 December are priced at $1,051 on Jetstar. Fly out on 27 December for your week-long trip and that bumps up to $1,718 return on Hawaiian Airlines.

Call it a family trip for four and you could save $2,668 for playing your dates right.

The best bit? The Jetstar flights mentioned above land in Hawaii at 6am Christmas Day and return to Sydney at 4pm on New Year's Eve - so you really can spend Christmas abroad and not miss a moment of the famous Sydney New Year's Eve fireworks.

What other dates can I fly to save?

Following Christmas Eve, the next cheapest date to fly out is 21 December, most likely because it edges just outside the peak Christmas week.

Flights start to increase in price dramatically from 26 December and stay high until New Year's Eve where they plummet, boasting the third cheapest flights of the silly season.

For those seeking a holiday and limited to peak dates, this gives you another window of opportunity to spend your Christmas break away without paying out peak holiday prices. And again, if you time it right, you might be able to count the final vestiges of 2017 down in another destination and start 2018 with the ultimate bang... for your buck.