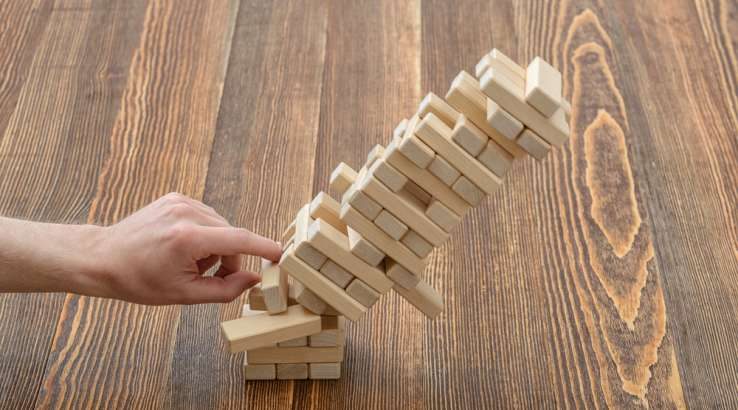 Bitcoin is down by almost 20% amidst rumours of a further Chinese crackdown.

OPINION: Overnight, cryptocurrency markets saw a major slump. At the time I write this, CoinMarketCap data show that bitcoin values have slumped by 18.30% in the past 24 hours.

There's a similar pattern in other major coins over the same time frame. Ethereum has fallen by 19.65%, while Ripple, which saw its quoted value rise rapidly at the start of the year, has fallen by 29.85%. Only one coin in the CoinMarketCap top 100 (Tether) saw an increase in value over the day. You can also see that reflected in the Australian dollar value of bitcoin.

So what's causing that decline? Much of the market speculation and social media chatter pointed to fresh reports that China was about to impose new regulations on cryptocurrency. That was largely fuelled by a Reuters report quoting a senior Chinese banking official who said that centralised trading of virtual currencies would be banned in China.

"The financial work conference clearly called for limiting 'innovations' that deviate from the need of the real economy and escape regulation," Pan said, according to the report. That follows earlier rumours around tougher regulation in China, which houses a large bitcoin mining industry of uncertain legal status.

There has also been much speculation in recent weeks about South Korea imposing tougher cryptocurrency regulations or even a total ban. CoinMarketCap has recently removed South Korean market data from its index, which in itself could cause issues.

Market volumes in both South Korea and China are reported to be down. "The volumes have been declining steadily both in Japan and South Korea over the last few days," eToro analyst Mati Greenspan told Business Insider. This morning, the combined volume from these two top crypto trading countries dropped below 30%.

While those elements are part of the mixture, pinning down a single cause is difficult, and probably futile. The cryptocurrency market has grown so rapidly that the predictive tools we've traditionally come to associate with other markets like company shares or housing largely don't exist yet. Speculation and guesswork reign supreme.

While national regulators are making noises about restricting trade in cryptocurrencies, in practice the most they can usually do is impose controls on the purchase of cryptocurrencies using their own national fiat currency. If someone already has bitcoin holdings, they can access other cryptocurrencies through global exchanges relatively easily.

Our view is that bitcoin is neither money nor a foreign currency, and the supply of bitcoin is not a financial supply for goods and services tax (GST) purposes. Bitcoin is, however, an asset for capital gains tax (CGT) purposes.

That has implications if you do sell off your holdings, as the ATO also notes:

If you are not carrying on a business of bitcoin investment, you will not be assessed on any profits resulting from the sale or allowed any deductions for any losses made. However, if your transactions amount to a profit-making undertaking or plan then the profits on disposal of the bitcoin will be assessable income.

In other words: if you decide to exit your cryptocurrency holdings today because of the market instability, you won't be allowed to claim any losses as a tax deduction.