What will the TPG/Vodafone merger mean for you? | Finder

What will the TPG/Vodafone merger mean for you? 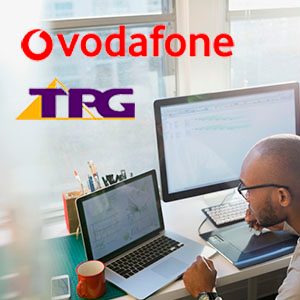 The Federal Court has given the green light for the TPG/Vodafone merger, but what will this mean for Australian Internet and mobile consumers?

It feels like ages ago that TPG and Vodafone announced their intentions to merge into a single telecommunications giant. It was actually only back in August 2018, and at that time the two companies didn't expect any regulatory hurdles to get in their way.

That was before the ACCC weighed in, opposing the merger on competitive grounds.

At first it appeared that the ACCC had won, arguing that it wanted TPG to remain as a viable fourth competitor network in Australia, although TPG's contention was that the ban on Huawei 5G network equipment made that financially non-viable.

The Federal Court has today overruled the ACCC, as the AFR reports, clearing the way for the two companies to once again commence the slow process of merging.

The ACCC says that it's "considering" the judgement, but feels that it's a loss for Australian consumers.

"Australian consumers have lost a once-in-a-generation opportunity for stronger competition and cheaper mobile telecommunications services with this merger now allowed to proceed," ACCC Chair Rod Sims said in a statement.

There will no doubt be reams of writing in the financial columns around share prices, business outlooks and the like, but what will this really mean for Australian mobile and broadband consumers?

So is it TPG now? Vodafone? Vodafone-TPG?

The combined company, presuming it also clears the hurdles of the Foreign Investment Board and US regulators, will actually be known as TPG if you're looking at it from a share market perspective, with Vodafone Hutchison CEO Iñaki Berroeta taking on the CEO role, while the TPG boss takes on a non-executive chairman role. But again, that's the stuff that fills financial pages.

The practical reality in the local space is that it would be very surprising to see any brands owned by the joint entity to bite the dust. Vodafone has essentially only its own brand to play with, but the merger with TPG will see the combined entity also own brands such as iiNet, Internode and Westnet to name just a few. TPG has done well grabbing market share with a diversified broadband brand policy, and it would be surprising to see it drop those without very good reason.

Does this mean TPG will get back to building a mobile network again?

While nothing is formally announced just yet, the odds are, technically speaking, against it, if only because it had ceased that kind of rollout more than a year ago.

What almost certainly will happen is that TPG's existing mobile spectrum holdings, along with the jointly owned spectrum held by TPG and Vodafone will be rolled into ownership of the joint TPG entity and used by the company from then on.

Does this mean TPG will get 5G more rapidly?

Vodafone has already committed to a 5G rollout for early 2020 and essentially speaking, that's the mobile network that the future combined TPG will no doubt use.

In a statement, Berroeta specifically called out the benefits of getting on with its 5G rollout.

"It's been 18 months since we commenced the approval process for this merger and we're very keen to move forward and deliver these benefits as soon as possible," he said.

"We have ambitious 5G rollout plans and the more quickly the merger can proceed, the faster we can deliver better competitive outcomes for Australian consumers and businesses."

While TPG Mobile used to offer services on the Optus mobile network, it has now switched over to using Vodafone's existing 3G and 4G network, so even if you're a TPG mobile customer there should be no change there.

Given the proposed mid-2020 timeframe for the merger to complete, it's quite likely that the combined TPG might start offering 5G services across its other brands relatively quickly. That does have to be tempered by the actual rollout speed of the new network and the reality that there aren't many 5G handsets to pick from just yet anyway.

What does this mean for my TPG or Vodafone NBN contract?

In the very short term almost nothing, because it will take some months for the merger to pass regulatory hurdles, and even then more time for the two companies to sort out the logistics of the merger. Berroeta stated today that he hopes to have the merger completed by mid-2020.

In the medium term one feature that TPG and Vodafone have made some noise about is in more aggressive bundling of mobile and broadband services, and that's something we'd expect to see more under the Vodafone brand, or maybe iiNet than the more value-no-frills TPG brand itself.

Vodafone's NBN contracts all work on a month-to-month basis, so if you were unhappy with the combined company it would be relatively trivial to switch to another NBN provider. TPG offers either no-lock-in NBN contracts or 18-month terms.

If you're on an 18-month contract, that's a binding matter that it wouldn't necessarily be easy to get out of if you wanted to, although that contract cuts both ways. If the new TPG wanted to switch you to a different service with lesser value, it would have to negotiate a new contract with you or agree to walk away from your 18-month commitment in order to do so.