What will Apple’s China VPN ban mean for Australian travellers? 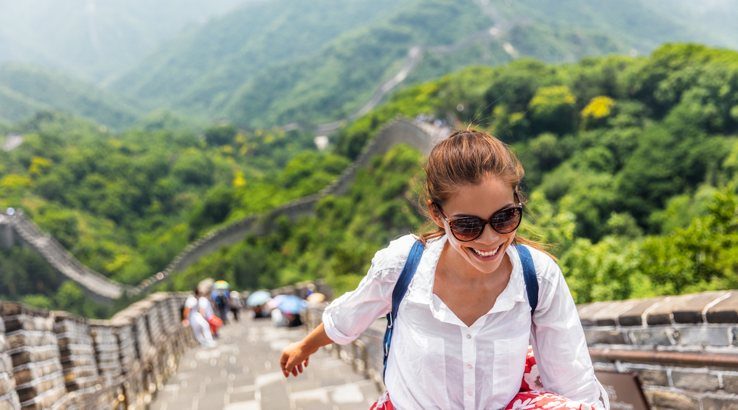 What effect will that have on your Chinese travel plans?

VPNs (Virtual Private Networks) can have many applications, including encrypting private business information and allowing access to geo-blocked content from different countries, but they're also popular tools for accessing services that may be blocked in a given country.

China is undeniably the most popular country for Australians to visit where significant restrictions on Internet usage exist, thanks to what's usually called the "great firewall" of China.

Numerous sites, most Google services and a number of popular social media applications are restricted on the Chinese Internet, but a VPN that can connect to a location outside China can generally sidestep these restrictions. If you've ever travelled to China you'd be aware that it can be something of a moving target, with some VPNs working for a period before stopping and then starting again.

The Chinese government has of late been cracking down on VPNs, passing regulations back in January that ban any VPN not approved by state regulators. Over the weekend, it emerged that Apple has toed the line with respect to China's tightening grip on VPNs, pulling the ability for users of the Chinese version of the iOS app store to download or purchase numerous popular VPN apps.

What will this mean for Australians travelling to China?

The VPN regulations in China appear to affect both fixed line and mobile internet customers, which means that if you do happen to have an iTunes account with a registered address in China, you won't be able to access VPN apps to install them on your iPhone 7 or iPad Pro 10.5. It's not clear at this point if Apple has also restricted access to VPNs from its Mac App store in China as well.

If your Apple ID is registered to an account located outside China, you should still be able to load up a VPN application to your iOS device before you travel, and if you intend to use VPN services that's highly advised, as you may find your ability to update or load VPN client apps is compromised while within China itself.

Is it legal for me to use a VPN within China?

VPNs appear to sit somewhat in a legal grey area for individuals in China, and even moreso with the authorities insisting on locals using approved VPN providers.

With the caveat that we don't have an expert on specific Chinese law in effect, it doesn't appear that use of a VPN by tourists is expressly illegal, although it may be illicit on a technical level for a VPN service to provide the encryption you're using. All of the language used by authorities appears to target the providers rather than the users, and it's generally specifically targeted towards Chinese nationals more than visiting tourists or business people.

However, China maintains very strong rules around the types of commentary it allows on the Chinese Internet, and as such statements that run foul of Chinese approval could be met with legal repercussions. What you do once you're connected with your VPN might be more important from a legal standpoint than the actual use of the VPN itself.

The bottom line? If you do want to use a VPN on an Apple device, make sure you've installed it before you travel. And don't be surprised if you still have issues, because Internet use in China always has a degree of unpredictability.