Exactly what to expect from taxis around the world 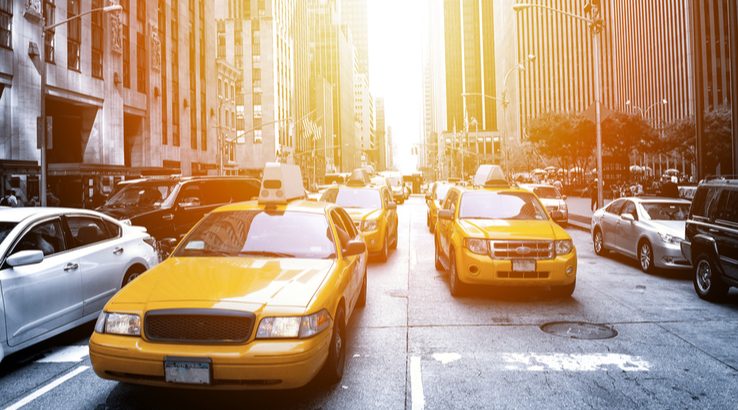 As the meter pushes above $100, you realise you should have taken the train.

What exactly can you and your wallet expect from taxi rides around the world? Carspring UK ran the numbers around the world to discover the usual cost per kilometre, cost per hour and how much you'll spend on a typical 3 kilometre ride all up, including initial hire cost, distance travelled and sitting in traffic or asking them to wait.

Here's Sydney and Melbourne for perspective.

All prices refer to the mandated costs in each city, or the average costs where applicable, and all prices are in Australian dollars (using conversion rates from local currencies to USD on 7 June, and USD to AUD on 18 July).

The five cheapest cities were:

Jakarta might be cheap, but the notorious traffic and distance from the airport to city centre could see you spending a lot on taxis. Meanwhile, if you're travelling in Bangalore, Cairo or Hanoi you might be able to get an all-day taxi for visiting the top spots, with the lowest waiting costs in the world. They'll wait an hour for only:

On the other end of the spectrum, you probably don't want to take up too much taxi time in the most expensive cities.

You'll spend an arm and a leg on a taxi from the airport to city centre in Tokyo, for one of the most expensive "typical" taxi rides in the world by a very large margin. The second most expensive would be Milan, at a mere $130.43.

Conversely, a taxi in Tokyo will be willing to wait around for only slightly more than it costs in Australia, possibly because it beats fighting traffic. You get a similar story in traffic-laden New York with modest prices of only $2.10 per kilometre, but more than $90 for a ride from the airport to city centre.

Zurich is all around one of the priciest cities for taxi rides in the world. You'll rack up over $10 on the meter as soon as you get in, and would need to fork over more than $100 per hour if you want a driver to hang around.

Uber is available as an alternative in most cities around the world, but you won't find it in cities around Germany, which are instead served by fleets of Mercedes Benz E-Class taxis, or China with its Didi Chuxing rideshare app and compact fleet of BYD e6 electric taxis.

And the most typical taxi model in Australia? The good old Ford Falcon. You'll naturally also find Uber in Australia, but it will only sometimes be cheaper than taxis.

You can find the complete list of all 80 countries at Carspring UK, and might want to consult it before heading overseas, and before accidentally spending $200 on a ride from the airport.

Comparison of the week: Taxi vs Uber

Taxi vs Uber. It's the transport debate of…

How much spending money do I need for Japan?

Budget before your trip with these top…

Check out our comparison of Uber versus…

12 best places to visit in the USA

Find out which places in the USA are…

When are taxis cheaper than Uber?

Uber is notorious for being a cheaper…

How to earn frequent flyer points with rideshare and taxi services

Frequent flyer partnerships with taxi and…

Cheap Wellington flights to book in 2020

A quick guide to flying in and out of…

See more of Australia with cruises from…

Compare flights to Greece from cities across Australia

Booking flights to Greece has never been…