What to expect from Apple’s 27 March education event 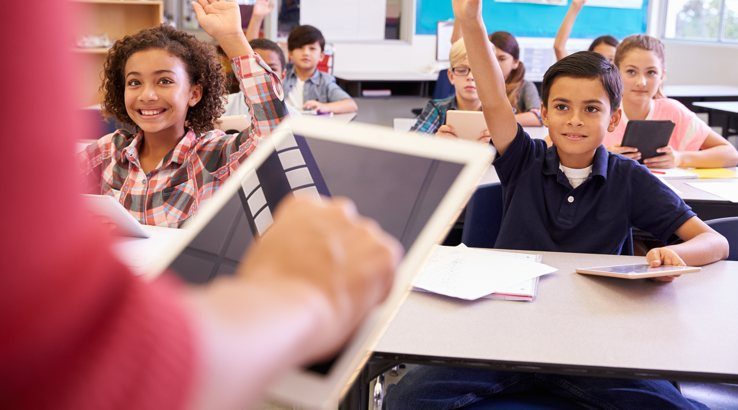 New iPads are very likely, but what else does Apple intend to school us on?

Apple is all too well aware of the value of hype in its marketing strategies, but for its "Field Trip" education event, taking place in Chicago this week on 27 March (early am 28 March in Australia), it's taking a different tack.

That's because for the first time in a long time, there's no currently announced plan to live stream its latest product launch, although it is allowing a large number of journalists through the doors, so it's hardly keeping matters secret, either.

New iPads, but how many new iPads?

Apple is a company that prides itself on secrecy, but it's hardly a secret that most pundits expect an updated iPad model to emerge from the launch. Or possibly even multiple iPads.

It's generally expected that Apple will unveil an upgraded "iPad" model, which is to say a lower-cost, non "Pro" iPad, to follow up the 2017 iPad model that bore the same simplified naming structure.

Rumours of new iPad models have been swirling for some time now, with the suggestion that Apple might push its pricing even lower for the 2018 iPad model.

That would tie in generally with Apple's education push for the event, as it continues its push for the iPad to be more than just an entertainment device, especially in the US where the competition from low-cost, education-centric devices such as Google's Chromebooks is much stronger than it is here in Australia.

There's also some speculation about upgrades to the iPad Mini line, and again that could play into a portable, education-centric strategy at low cost. Apple never fully embraced the smaller form factor tablet market, and it's been a long time since there's been a properly "new" iPad Mini.

Code in the early betas of iOS 11.3 also points to something called an "iPad_Modern", which many have taken to be a sign of an upgraded iPad, possibly with the FaceID features found in the iPhone X built in. That would presumably be a more premium play towards the iPad Pro end of the market, but it's not out of the question either.

It's also been touted that Apple may introduce a lower-cost version of the Apple Pencil accessory for education use. The existing Apple Pencil certainly can be used in educational contexts, but it's an expensive accessory that only works with the iPad Pro range, so if there's a lower-cost variant, expect it to work with the newer iPads.

What about education MacBooks?

The other hot rumour is that Apple will use the Field Trip event to formally launch a refresh of the MacBook Air line, left somewhat languishing by the shinier MacBook and MacBook Pro families in recent years.

While the MacBook Air launched ten years ago as a premium device, with the late Steve Jobs famously comparing it to the thickness of a manila envelope, in more recent times it's been relegated to being the "low cost" MacBook alternative.

Again, that could play well for the education market, depending on how Apple prices the new models, and of course, if it launches them at the event at all. Apple hasn't held too many events where its macOS has been the primary focus over anything iOS for some time.

Students, get ready for ClassKit

Apple is very aware of how important developers have been to its success, and early betas of the iOS 11.3 code include references to a new development framework, called ClassKit.

While Apple naturally hasn't made much noise about ClassKit just yet, what does appear to be in place includes features for creating classroom evaluations, uploading results to iCloud and locking down devices during examinations. You know, so nobody can just Google for a result mid-quiz.

Apple hasn't created any public-facing developer resources for ClassKit just yet, but if ever there was an event to formalise it, an education-themed launch would seem to fit the bill nicely.

What about that "one more thing"?

Honestly, your guess is as good as ours. Some reports suggest that we'll see an upgraded iPhone SE, but that feels like wishful thinking.

Apple might use the event to formally launch its "AirPower" Qi charger it announced (but didn't launch) last year, because you could sell the idea of charging multiple student phones on such a device, but again that feels like a long shot.

Likewise, everything from new colours for the iPhone X through to new watch band combinations for the Apple Watch Series 3 has been touted as appearing in Apple's classroom-centric keynote, but it's hard to figure out how they would play into the "education" theme.

Apple's "Field Trip" event takes place at 10am CT on 27 March 2018, which equates to 2am on 28 March 2018 AEDT. So you can expect the Apple news to flow thick and fast on Wednesday morning, and we'll report it all here on finder.