What to expect at Apple WWDC17 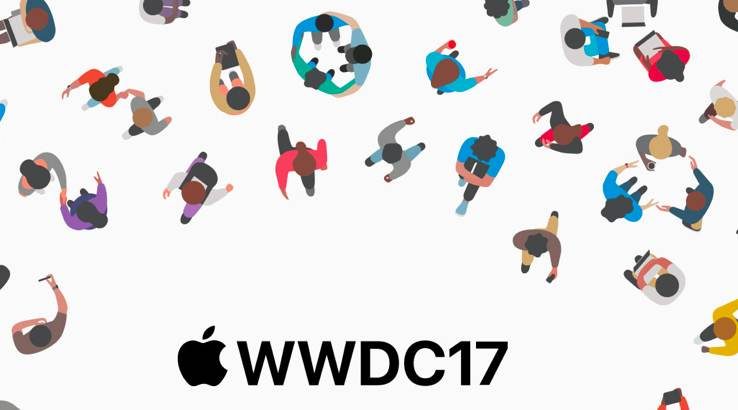 What new goodies will Apple unveil at its developer-centric conference keynote?

Apple's Worldwide Developer Conference (WWDC) for 2017 kicks off in the early hours of Tuesday morning, Australian time, with a keynote that will set the scene for the next year's worth of development of iOS, macOS, tvOS and watchOS apps. Despite the developer focus for the rest of the conference, the keynote is often where Apple also chooses to show off its latest operating systems and upcoming hardware. So what's likely on tap for this year?

Speak to me, Siri!

The hottest rumour (and we should state, until Apple runs a shiny video, almost inevitably featuring Sir Jony Ive in a strangely white room, it is just a rumour) surrounding WWDC 2017 is that Apple will use the event to unveil its version of Google Home/Amazon Alexa, by way of a Siri-enabled smart speaker that talks to Apple devices and services. If Apple does unveil the speaker at WWDC, it'll almost certainly be opening it up for developers to release apps for, which makes it likely to be a tease reveal before full retail availability later in the year.

Apple will almost certainly take the wraps off the next version of iOS, and unless it's undergone some kind of marketing brainwave, expect it to be called iOS 11. Apple has played its cards quite close to its chest in terms of overall features to be found in iOS 11, although it doesn't take a particularly focused crystal ball to expect that increased Siri integration and an overall focus on AI will be headlining.

It's also seen as likely that Apple will use the shift to iOS 11 to drop support for 32-bit apps, which could be challenging if you've got older apps that are no longer updated for the newer 64-bit architecture. As with all full point updates, expect a couple of older iOS devices to drop off the compatibility list, with the iPhone 5/5c and 4th generation iPad the likely candidates this time around.

Again Apple hasn't let much slip about what this year's macOS upgrade will incorporate, although it's a fair bet that the slide towards near-identical interfaces to iOS will continue on its merry way. As such, expect Siri to get smarter on the macOS side, given the additional performance headroom Apple can push out of a given Mac.

Also expect another California landmark to get naming rights, although your guess as to which landmark Apple will pick is anyone's guess. Given the San Jose staging for WWDC, maybe macOS Santa Cruz?

Depending on your Mac platform of choice, it's only been a matter of months, or in some cases years between hardware refreshes. Apple isn't likely to make a huge song and dance about new Mac hardware at WWDC 2017 unless it has some hitherto unknown design change hiding in its R&D labs somewhere.

What seems more likely is a specification bump up to Intel's current "Kaby Lake" processors, along with relevant GPU updates for the upper end MacBook Pros, and possibly a switch to all lines using the flatter "butterfly" switches found in MacBook Pro keyboards. It's also feasible that, while Apple may update the Macbook lines, it might not warrant a particular mention in the keynote unless it can highlight it with some kind of price cut or similar.

It wasn't that long ago that Apple announced a new iPad model, albeit a more affordable device without the features of the "Pro" iPads. Still, its advertising does suggest that it wants more and more users to view iPads as more than just consumption devices. Tie that into persistent rumours that it is developing a 10.5 inch display iPad to fit (more or less) into the existing 9.7 inch body, and we may see a new iPad Pro announced, and possibly launched in San Jose early tomorrow morning.

If you're thinking that Apple will go off-cycle and shock the world by announcing the next generation iPhone, still tentatively called by many the iPhone 8, think again.

Apple is absolutely rigid in its phone release schedules, and the way carrier contracts work doesn't give it that much flexibility to step outside a rough September/October timeframe. Apple will undoubtedly spend some time talking up sales figures for iOS devices generally and the iPhone 7 and iPhone 7 Plus specifically, but that's about all you can reasonably expect to see out of the WWDC 2017 keynote when it comes to new iPhone hardware.