What the rate rigging scandal means for you 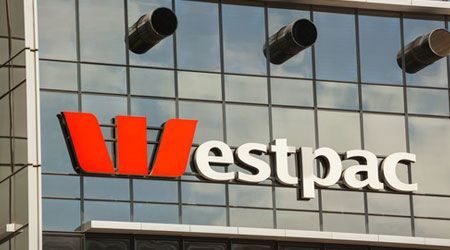 It’s become the perfect fodder for politicians looking to stoke anger against the big banks, but how does the rate rigging scandal really impact you?

It’s been a bad couple months for Westpac and ANZ. The Australian Securities and Investments Commission (ASIC) has taken the banks to task over claims they knowingly manipulated the bank bill swap rate (BBSW). The scandal has seen ASIC release recordings suggesting that traders knew the impact – and ethical breaches – of their actions, but chose to continue anyway.

All this information has served as convenient fodder for political debate, with the Labor Party calling for a Royal Commission into banking and labelling bankers “cowboys”, and the government claiming such a commission would waste time and money.

The complexity of this story means that it might not seem to have much impact on everyday Australians, but the actions of a few traders dealing with byzantine systems of bank funding could actually hit your hip pocket hard.

What in the world is the BBSW?

The bank bill swap rate, or BBSW rate, is the rate banks charge when they lend each other money. The rate is set for short terms of six months or less.

There is a variety of reason banks lend each other money, but it’s usually to do with covering cash flow for various everyday expenses. On any given day, a bank could end up spending more money than it brings in. To cover its outgoings on these days, it will borrow short-term funds from another bank. The interest rate on these interbank loans is the BBSW.

What are the banks accused of doing?

ASIC has alleged that Westpac and ANZ manipulated the BBSW rate for profit. The regulator has accused traders at the banks of buying or selling interest rate swaps to artificially inflate or deflate the rates they provided to AFMA.

In turn, this action would inflate or deflate the BBSW rate for the day. ASIC says this rate manipulation was done with the intention of setting yields “which did not reflect the genuine supply and demand in the bank bill market”.

Some of the most damning evidence against the banks is found in transcripts of conversations between traders that demonstrate they knew the ethical issues involved in their actions. For example, in one transcript a Westpac executive tells a colleague, “I know it’s completely wrong”, and then describes his decision to go ahead with the rate manipulation due to the amount of money the bank stood to make.

Both ANZ and Westpac have said they will defend themselves against ASIC’s allegations, and have denied any wrongdoing. In a technical sense, the banks might be right. Even if the traders in question are guilty of knowingly manipulating the BBSW rate, they might not have done anything strictly illegal.

Why you should care

The BBSW rate seems far removed from most people’s day-to-day lives, and in some ways it is. The interbank rate does not have a direct connection to mortgage rates, though it does have some impact on the cost of funding. However, there are significant flow-on effects from rate rigging.

In a piece for The Conversation, University of Western Australia senior lecturer Andrew Schmulow writes that behaviour like the alleged rate rigging undertaken by Westpac and ANZ show systemic failures in banks’ compliance and risk management processes. It’s these kinds of systemic failures, he says, that precipitated the global financial crisis (GFC).

“This is what really makes the situation totally unacceptable, and morally repugnant: ultimately it is not shareholders who lose out from this kind of misconduct, it is taxpayers,” Schmulow says.

Even if the rate manipulation ASIC alleges is technically legal, the moral outrage it stokes among the general public can lead to greater distrust of the banking system, according to Fairfax business columnist Elizabeth Knight.

“The unpleasant revelations will for many only cement the view of a bank as avaricious – looking after their own profits ahead of looking after customers,” she writes.

This is a sentiment that could be growing in light of separate scandals in the insurance and financial planning arms of major banks. The allegations have also added fuel to the Labor Party’s call for a royal commission into banking. At a recent event in Adelaide, Shadow Treasurer Chris Bowen pointed to the BBSW allegations as evidence of the need for a royal commission.

"Whether what has happened is illegal or not, a royal commission, properly constituted, [would] enable the Australian people to have full transparency when it comes to these very concerning allegations. Mums and dads, investors, business people right around the country depend on honesty when it comes to interest rates and settings through this mechanism," he said.

And if ASIC’s civil proceedings come to fruition and a royal commission finds wrongdoing or systemic problems in bank culture, litigation is likely to follow, Schmulow says.

The upshot of this is that consumers often bear the brunt of banks’ bad behaviour. As Schmulow points out, systemic problems within banking culture led to the GFC. They also led to increased capital requirements on banks to help mitigate the risk of another financial crisis.

The Basel III requirements, a set of international banking standards, have raised the amount of money banks need to keep in reserve in proportion to the amount they lend. While these capital requirements ultimately keep consumers safe, they also mean banks pass increased funding costs onto consumers in the form of higher mortgage rates.

In short, if a royal commission, ASIC investigations and civil litigation uncover widespread wrongdoing by banks, it’s reasonable to expect that Australia’s banking regulator, the Australian Prudential Regulation Authority (APRA) will place tighter controls on banks. These controls might be necessary to keep banks from behaving badly, but you’re likely to foot the bill in the end.