How the oil price war will impact Australian stocks 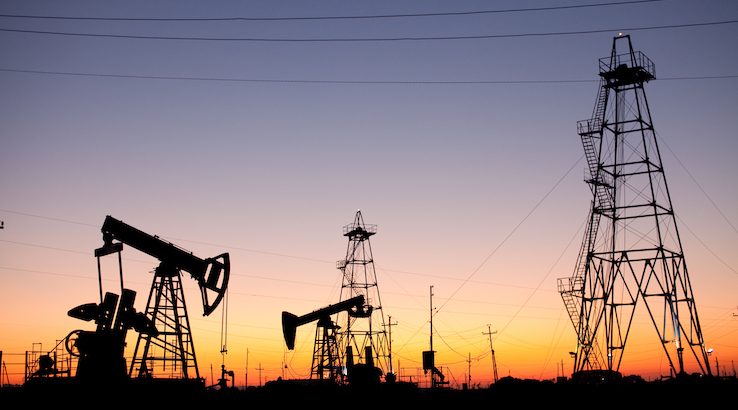 In case you weren't watching, Australia's stock market just had its worst day since the global financial crisis (GFC).

The benchmark S&P/ASX200 index fell as much as 7.4% Monday as already weakened global markets fell under the hammer of what appears to be a full-blown oil price war.

More than $155 billion was wiped from the ASX, while the Aussie dollar fared no better, dropping as far as 63.04 US cents, an 11-year low against the US dollar. It was the markets worst one-day fall since the GFC and the second-worst single-day drop in history.

It's unnerving stuff, so we'll try and break down the narrative with help from IG's market analyst Kyle Rodda.

Coronavirus was the cause of last week's stock market correction, but it's not the main story Monday.

The panic was sparked by a breakdown in relations over the weekend between some of the world's largest oil-producing nations, most of which are part of OPEC (Organisation of the Petroleum Exporting Countries), as they tried to address the fall in demand for oil.

OPEC's failure to reach a deal with Russia over proposed production cuts (to boost the price of oil) led Saudi Arabia to slash prices and threaten to ramp up production in retaliation.

"Markets are terrified about what's happening in the oil market because it looks like OPEC relations have completely fallen apart," Rodda told Finder.

"The Saudis are hell bent on protecting market share in the midst of a race to the bottom on global oil prices."

As the world's biggest oil producer, Saudi Arabia has the power to flood the market and keep prices low for months at a time.

But doing so could price smaller players, such as Russia and Venezuela (and everybody else) who rely on higher prices, out of the market.

"[It's] an act of vindictiveness, mostly against the Russians, but also to protect its own market share," said Rodda.

It could not have come at a worse time, when markets were already under strain from coronavirus.

The news sent oil prices plunging by 30% to its lowest level since 1991 Monday, dragging Australian energy stocks – and most of the ASX – along for the ride.

Why do falling oil prices matter?

First, Australian energy companies are a significant chunk of the ASX, so we often see our stock market falling as the oil price drops or when OPEC tensions flair.

"That plunge in oil prices creates major vulnerabilities for some highly leveraged companies in the US energy sector," Rodda explained.

US energy companies are reported to be significantly indebted to the "junk bond" (high-risk debt) market.

"Given the slowdown that we're already seeing from the coronavirus outbreak and considering the stress on the financial system, the risk now is that these companies could potentially default on their debt."

And if companies in the energy market start to default, the fear is that it could spread throughout US corporate and global debt markets.

What sectors are safe?

Australia's market is particularly vulnerable because the ASX is heavily exposed to both financial and energy sector companies.

And our financial sector is already under pressure thanks to the low-rate environment, with CommBank's share price falling more than 15% in the last 5 days alone.

Instead, there are a lot of funds moving into the bond market – a typical safe-haven investment – with the US 30-year treasury bond yield falling below 1% Monday for the first time.

The other sector seeing a surge is the safe-haven asset gold. Today's gold price (US) soared above the $1,700 per ounce level for the first time in seven years.

You can check out our list of stocks to watch during the coronavirus scare, but needless to say, the narrative has changed a little.

No-one can say for certain what will happen over the next few days or months.

However, many leading analysts are predicting that a recession will occur in Australia and other major economies.

"The bottom line is that underlying growth was soft even before coronavirus came along and our assessment remains that the hit from the bushfires and the virus – mainly to tourism, education and commodity exports – will see the economy contract in the current quarter," Oliver wrote.

"As such we are now forecasting two negative quarters in a row in Australia. Unfortunately, this would mark the first recession since the early 1990s."

Today, Westpac joined the chorus, predicting the economy would contract by 0.3% in both the first and second quarters.

If we do see a recession, it's very likely the stock market will stay in correction mode for many months.

Although that doesn't necessarily mean investors should start panic selling, it's probably not the time to start buying into equities if you're risk averse.