What the numbers really tell us about negative gearing | Finder

What the numbers really tell us about negative gearing 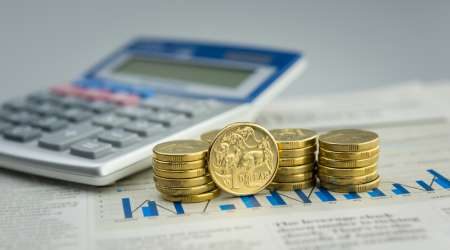 With the Coalition ruling out any changes and Labor proposing tweaks, what will actually happen?

We've known since February that negative gearing was going to be a policy battleground for this year's Federal election, when Labor announced plans that would effectively restrict it to newly-constructed dwellings.

Over the weekend, the Coalition confirmed that it would not be introducing any negative gearing changes as part of its upcoming budget. (Canberra gossip previously suggested that changes that might restrict the number or value of properties where negative gearing was allowed had been "on the table".) So it's on like Donkey Kong, but what's really being fought over?

In basic terms, negative gearing allows you to claim back expenses from an investment property (including interest on the mortgage) against your individual taxable income, as well as offering a reduction in any capital gains tax payable when the property is eventually sold. You can read more about the nuances in finder's full guide to negative gearing.

The political messaging will be simple: the Coalition will say changes to negative gearing will impact "mum and dad" investors, Labor will say that continuing the practice benefits the wealthy and impacts housing affordability. But what do the numbers actually tell us?

Firstly, negative gearing is not hugely common: only about 10% of Australians take advantage of the loophole. More people might aspire to do so, but as an issue, it doesn't have the broad impact of (say) health or education policy. That doesn't mean we won't be bombarded with slogans about it.

Secondly, there's a built-in trickiness to those figures on negative gearing. When the argument kicked off earlier this year, the Government noted that the majority of people who negatively gear have taxable incomes under $100,000 a year. This is shifty for two reasons, as this useful analysis by the Grattan Institute points out.

Firstly, the majority of the population earn under $100,000 a year anyway. Secondly, taxable income is what's left after you take out any deductions, including those for negative gearing. If you're earning $150,000 a year but claiming $50,000 in property deductions, you'd technically fall into the sub-$100,000 bucket, but I doubt anyone would describe you as poor.

Thirdly, any modelling of the potential impact of negative gearing or its removal is like all economic modelling: loaded with assumptions and likely to differ very substantially from reality. That doesn't mean we shouldn't look at modelling, but we also have to look at the actual motivations for making a change, because those are actually easier to measure.

Finally, there are arguably bigger fish to fry. The estimated cost to the budget of allowing negative gearing is around $6 billion a year. While getting that money back might make the task of government spending a little easier, it's not the only way to do that. We know that there are thousands of companies in Australia which aren't paying any tax on their income at all. What about a policy that addresses that?