What the $1 billion IBM-Australia deal means for blockchain 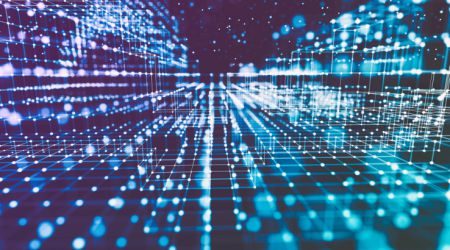 The digital revolution will not be televised – it will be live streamed, assuming the NBN can handle it.

On 5 July, IBM and the Australian government's Digital Transformation Agency signed an AUD$1 billion deal to span the next five years. It's aimed at helping ensure Australia gets access to cutting-edge solutions as they're developed, revamping outdated systems and generally touching on every government department in a series of ongoing upgrades.

“The Whole of Government agreement reflects the growing importance of technology to the government’s transformation agenda," said David La Rose, IBM Australia & New Zealand managing director. "For agencies it will be more simple and cost efficient to engage with IBM, while our technologies make it possible for government to deliver smarter, integrated, always-on digital services for citizens."

The agreement will leverage IBM's investments in AI, blockchain, quantum and cloud, he said.

For the major agencies that already partner with IBM today, the Department of Human Services, the Australian Taxation Office, the Department of Home Affairs and the Department of Defence, it will improve current arrangements. For all other departments, it's intended to give them access to a new generation of technology and better keep them up to date going forwards.

The broader goal is for Australia "to become one of the top-three digital governments in the world by 2025, while delivering services that are simple, convenient and easy to use for Australian citizens and businesses."

Being in the top three is probably a little too ambitious for Australia, but it's nice to aim high. And in the case of blockchain technology in particular, whose efficacy is largely dependent on large-scale adoption and integration in a range of systems, these kinds of broad agreements might be a useful way of unlocking its benefits in the real world.

It might also be good news for Stellar Lumens enthusiasts.

IBM partnered with Stellar in October 2017 with the goal of further developing its universal payment system, and its blockchain payment solution has been processing live transactions in 12 currency corridors around the Pacific Islands and Australia, New Zealand and the United Kingdom since then. More recently, IBM's head of blockchain doubled down on its relation with Stellar, saying that it would be at the centre of IBM's universal payments system.

The exact details of the partnership are still vague, but it will naturally have to touch heavily on payment solutions in coming years. With IBM already looking at Australasia as a key space for its payment systems, and now looking to loop in the Australian government more fully, it seems likely that Stellar Lumens will be more widely used in coming months and years.

One of the softer benefits of this deal, for technological advancement as a whole, might be more government buy-in for some of the trickier developments which could otherwise be held up by regulatory wrangling, and more encouragement for banks and other businesses around Australia to push towards blockchain solutions.

One of the clearer examples of this might be wider use of digital identity. Better digital identity solutions for Australian residents are one of the stated goals of the deal, and Australia's Big Four banks are currently finding a lack of identity management solutions to be a very, very expensive problem. However, unlocking the solution is best done on a national scale.

This partnership might be a good place to start, tying into a separate $94.4 million government investment in digital identity solutions for citizens.

Similar benefits might be seen with other areas. For example, IBM's systems already include live international cryptocurrency payment solutions and it's successfully trialled smart-contract international trading systems, so there might be plenty of other ways for Australian businesses to tap into updated government solutions down the line.

Right now, one of the clearest overviews of what's going on might be found at the Digital Transformation Agency website. It clearly highlights the many areas of improvement currently in play and a lot of the interesting projects that are currently in the works.

The first step in the digital revolution is going digital. The second step is bringing all those separate digital solutions together in a way that can last well into the future.

Distributed ledger technologies like blockchain are the perfect fabric for connecting disparate systems, including ones which don't exist yet. And that's almost certainly a large part of what this sprawling IBM deal is all about. Now we just need the Internet to work.