What that Reserve Bank memo really says about negative gearing 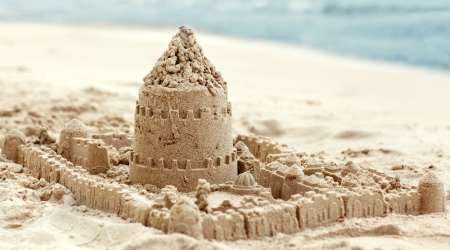 The bank rightly identifies that changing negative gearing rules wouldn't lead to a mass sell-off, as the University of Tasmania's Saul Eslake explains.

A memo on the subject of housing taxation from the Reserve Bank of Australia (RBA) is stirring up debate on proposed changes to negative gearing and capital gains tax in the election campaign. The memo, dated December 9 2014, does counter the government's claim that changes to negative gearing will have an adverse effect on housing prices, although this was never its intended purpose.

The memo was in response to the report from the Financial System Inquiry two weeks earlier. The inquiry noted that reducing capital gains tax concessions would "lead to a more efficient allocation of funding in the economy," that "the tax treatment of investor housing…tends to encourage leveraged and speculative investment," and that "housing is a potential source of systemic risk for the financial system and the economy".

The RBA is usually reluctant to comment on areas of government policy outside its remit and hasn't expressed any views on whether changes are needed to the long-standing tax treatment of housing investment. However, in response to a Productivity Commission inquiry 12 years ago, the RBA pointed out that:

It also went on to note that a higher share of Australian taxpayers are attracted to property investment to lighten their tax burden and reducing investor demand would allow for more demand from first home buyers, without adding to the overall pressure on demand and prices. The RBA submission suggested this could also lead to a more stable housing market.

At that time, housing investors accounted for just over 45% of all lending by Australian financial institutions. In 1999 this was less than 32%, when the Howard government amended the tax treatment of capital gains in a way that made it more generous to investors (in property and other assets).

After falling back to around 36% in the aftermath of the global financial crisis, the share of property loans taken out by investors rebounded to more than 50% in the first half of 2015. The Australian Prudential Regulatory Authority (APRA) has since required banks to tighten their lending standards for property investment loans, now the share of new housing loans going to investors has fallen back to about 45%.

The key point to note here is that the changes enforced by APRA to banks' lending criteria have also had the effect of dampening investor demand, as Labor's current policy also intends, without any obvious adverse effects on property prices.

The government's strict enforcement of foreign investment regulations, designed to prevent foreigners from purchasing established properties (other than in limited circumstances), and the cutting of grants to first-time buyers of established properties while boosting grants to first-time buyers of new dwellings at a state level, have both failed to dampen investor demand for property.

In other words, governments are trying with these policies to reduce demand for the purchase of established dwellings (90% of borrowing by Australian property investors is for the purchase of established dwellings) while encouraging the demand, and therefore building of, new properties. This is exactly what the Opposition's proposed changes to negative gearing and the capital gains tax discount seek to do.

Labor is trying to make it less attractive for investors to buy an established property after 1 July 2017. As a result, the prices of established dwellings should go up at a slower rate than it would otherwise – and from the standpoint of would-be home-buyers, this is a good thing.

However, the Opposition proposes to "grandfather" existing negatively-geared investors from these changes. This means anyone who has a negatively geared property investment as of 30 June 2017 will still be able to offset the excess of their interest costs over their net rental income against their other taxable income. So there is no reason to expect that investors will seek to sell their investments en masse and that prices of existing properties will fall any more than they have done as a result of the other government measures.

And this is precisely what the memo from the RBA notes:

"only if changes were not grandfathered" would there be a risk of "large scale sale of negatively geared properties."

The RBA note also raises the possibility that changes to negative gearing could prompt a "potential increase in rents" – a point which the Coalition has been as quick to seize upon. Presumably this concern reflects an assumption that if changes were to be made to existing negative gearing arrangements, those changes would apply to new properties as well as established ones (since the Financial System Inquiry whose recommendations prompted this staff memo didn't make any distinction between the two).

The Opposition's policy is to keep existing negative gearing arrangements for investors in new dwellings. There is a risk that it could end up inflating builders' profit margins, rather than boosting the supply of new housing.

However, to the extent that it does the latter, there is less reason to expect rents to rise. This is because under the Opposition's policy more would-be home-buyers could fulfil their aspirations. It would reduce the competition they face from investors who negatively gear and this would decrease the demand for rental housing.

The Reserve Bank hasn't explicitly supported Labor's negative gearing policy. But it does appear to have rebutted one of the government's principal arguments against it.

Saul Eslake is a Vice-Chancellor's Fellow at the University of Tasmania. This article was originally published on The Conversation. Read the original article.

Taking the axe to negative gearing could help…

finder.com.au analysis shows just how much…

Which banks are passing on the RBA rate cut?

Will you save on your home loan? We've…

FAQ: How will negative gearing changes affect you?

Both the Coalition and Labor are proposing…