What makes a country go crazy for cryptocurrency? 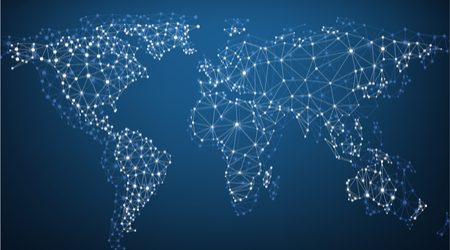 All the crypto-friendliest countries have actively pro-crypto environments, and reasons to mistrust fiat.

What makes a country go crazy for cryptocurrency? Investing.com might be in a good position to answer that question, with a broad global user base coming to the site, for both cryptocurrency and more traditional investing material. To get a broad measure of cryptocurrency interest around the world, it looked at the top five countries where the greatest proportion of its total registered users were into cryptocurrency.

So a score of 67% for Venezuela, for example, means that of its total users from Venezuela, 67% are using the site's cryptocurrency material.

One of the factors common to all of them is cheap energy costs, it notes, making cryptocurrency mining relatively cheap in all of them. The average cost to mine a single bitcoin, based on energy costs, ranged from $531 in the Venezuela outlier and $2,177 in Belarus, up to only $5,155 in Lithuania.

For perspective, the average cost to mine a bitcoin in Australia is estimated at $9,913 by the same measurements.

Another factor is that all have reasons to doubt the stability of government money, notes Jesse Cohen, senior analyst at Investing.com.

"In addition to cheap mining costs, another thing that the Eastern European countries which appear on this list have in common is that all have gone through prolonged periods of war and recession recently, which has resulted in the poor working class losing trust in government and banks," he said. "That in turn has added additional fuel to the 'crypto fire' in these countries."

"Another factor that could be aiding the crypto boom in these countries is that all of them at some point in the past 10-15 years experienced a currency crash. Such a devastating experience has led to both old and young traders to seek out cryptos as hedges against another failed currency episode."

This is similar to the situation in South Korea, the world's crypto-keenest country by some measures. Despite all outward appearances of prosperity, South Korea's younger generation are tightening their belts, and was going through a period of significant political turmoil as cryptocurrency was taking off.

The reason neither South Korea nor Japan appears on this list, despite their positions as the world's most cryptocurrency-enthusiastic countries by some measures, is likely just a quirk of how the data was collected. Both Japan and South Korea would probably tend towards local language news instead. Plus, there might be a distinct lack of more traditional investment opportunities in Venezuela, which could further skew the proportion of site visitors going to cryptocurrency instead.

South Korea, and to a certain extent Japan, also share something else with the counties on this list though; they both have actively cryptocurrency-friendly environments for traders and enthusiasts.

Georgia is home to the BitFury cryptocurrency mining chip manufacturer, Investing.com points out, and the company currently accounts for about 15% of bitcoin being mined. Meanwhile, bitcoin is increasingly widely accepted in Kosovo and the others. The president of Lithuania is initiating a dialogue between commercial banks, government regulators and cryptocurrency traders.

Venezuela's use case is probably unique. Not only is it being battered by an ongoing economic disaster, but it has also become the first country to release its own national cryptocurrency, the Venezuelan Petro.

There are a lot of countries in the world, and each of them is approaching the disruptive technology of cryptocurrency from a different angle. For some it's an investment, for others it's predominantly disruptive technology, and for others, it's seen as a secure, decentralised hedge against a financial establishment that's let them down one (or more) times too many.