VoLTE can change your call quality, but which networks and devices support this 4G calling technology?

You probably don’t think all that much about how your phone makes voice calls in Australia unless you end up with poor quality or no reception at all. If you’re using a newer handset, you may have noticed that the section at the top of your phone that denotes network connectivity has changed from 3G or 4G to VoLTE.

VoLTE sounds like something that Dr Frankenstein would use to revive the dead, but it’s actually an acronym for Voice over Long Term Evolution. Of course, this doesn’t actually tell you much about how it works or what it is.

Being on a VoLTE network means that both your data and your calls will use the 4G network. Previously, if you were using a 4G device and you made a phone call, your phone’s radio would switch over to the 3G network to actually handle the call. The infrastructure behind the call only supported voice over 3G networks and frequencies, so this was a necessary step to ensure your call got through.

What does VoLTE offer?

For the carriers, VoLTE enables more efficient use of their networks because they don't have to do as much switching between network frequencies to manage a user's call expectations. That should provide a very small beneficial effect to end users because a more efficient network can handle more strain at busy times, although you'd have a pretty hard time spotting the difference without some very delicate measuring equipment and lots of time.

Not having to switch networks to make VoLTE calls should enable calls to route slightly faster through the network than they do with standard 3G voice calls. You also don't have to rapidly swap between reception antennas, which may have a positive effect on your overall battery life, although this is likely to be slight.

The largest observable effect you will experience with the use of VoLTE is that any background data tasks that need to happen on your phone will still tick along at a more rapid rate while you're on a call. This is because you don't have to switch away from the faster 4G network,

On a non-VoLTE call, you'll dip to 3G for voice as well as data, which means your phone's Internet connection will slow down for the duration of the call. If you're multi-tasking during a call, for example, checking details online while using the phone in speakerphone mode, this could be noticeable, but if you're holding your phone up to your ear and only making or taking a call, you may never notice.

The practical reality for VoLTE calling is that, aside from the icon on your phone indicating you're using a VoLTE-enabled network, you shouldn't experience too many drawbacks.

Right now, in order for a call to be carried as VoLTE, you need both handsets operating within VoLTE-enabled areas of the network you're both on. If one side is on a non-VoLTE handset or network, you'll simply drop down to 3G for the call anyway. You may notice a slight speed difference in call resolution if that happens because VoLTE can be faster in this aspect, but as there are other factors that can affect call resolution, a slower resolving call may not relate to VoLTE availability anyway.

It's also worth noting that VoLTE may not be entirely supported for 000 emergency calls. Optus notes that on its network, with some handsets and in some coverage areas, you may drop to 3G to enable your call to get through. Obviously, if you need to call 000 in the first place, which network it uses is nowhere near as important as to whether it gets through.

All three of Australia’s carrier networks support VoLTE. Telstra was the first carrier to launch VoLTE for consumers on its network, with Vodafone and then Optus enabling the service on their networks in late 2015 and mid-2016 respectively. 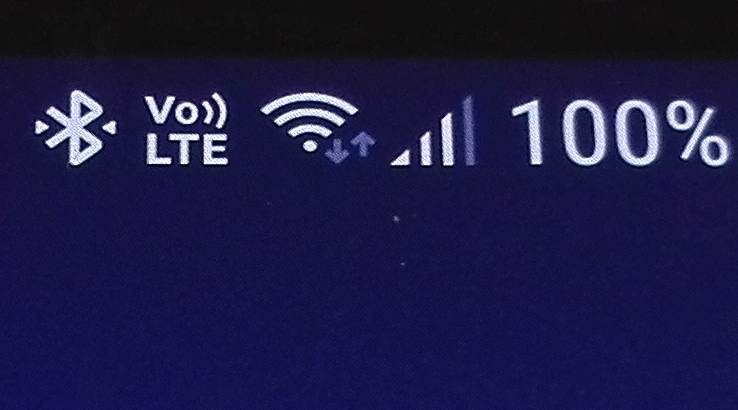 Not every 4G handset is VoLTE enabled, and even then it’s a matter of individual networks enabling the feature for specific handsets. This isn’t an exhaustive list of every handset, but it does represent the available information on carrier VoLTE availability across multiple devices and networks. You may find that future firmware upgrades may give you access to VoLTE across existing devices.

Google is lining up a new design and an entirely new processor system for the Pixel 6 range as it shifts back into the premium phone market.

This October deal is hard to look past.

Telstra Day discounts are back from now until midnight.

Get enough data on your mobile plan so you're not struggling to upload your Instagram stories while you're out and about.

Half a million Australians hit by global roaming fees Money Hack: Get free Wi-Fi on your Telstra plan