What is going on with instant payments in Australia? 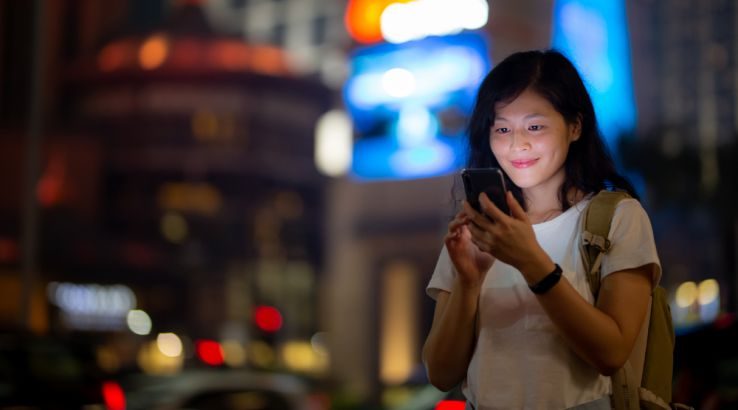 The current state of play and why it matters to you.

As 2018 winds along, more and more Australians are sending money instantly to each other. CEO of the New Payments Platform (NPP) Adrian Lovney says that there are more than 50 million accounts capable of sending and receiving faster payments through the NPP and that number is expected to grow. Speaking at Swift's Sibos event in Sydney this week, which brings together around 8,000 financial and business leaders from around the world, Lovney also said that about two and a half million payments used the system in the previous week. That number is growing about 20% every week.

According to data from the Reserve Bank of Australia, the number of payments being made through the New Payments Platform is definitely growing. There were 7.7 million payments made through the platform as of August 2018, representing about $7.4 billion worth of payments. This is an increase from 619,000 payments in February when the NPP went live.

However, any Australian consumer making instant payments would be forgiven for not knowing they were using the New Payments Platform to do so. The overlay service, Osko by BPAY, facilitates instant payments between institutions. Osko was launched at the same time as the NPP and uses NPP capabilities, specifically its addressing service "PayID" that lets consumers create a unique identifier to send and receive funds.

But with the NPP announcing last week that fintechs would be able to test new payment capabilities in a sandbox to build their own products, we can expect a lot more payment products to be introduced on the platform. However, we have already come quite a way with instant payments in only a year.

Australia is not alone on its instant payments journey. Joining Lovney on the panel was Petia Niederländer, chair of EBA Clearing to talk about the RT1 infrastructure solution and Karen Birkel from the European Central Bank to discuss the yet-to-launch Target Instant Payment Settlement (TIPS).

Niederländer says the use cases in Europe were very different.

"We have some of the oldest banks in the world as well as some banks that have been licenced for just six months," said Niederländer.

"We are uniting multinational players as well as challenger banks and trying to provide product agnostic services which focus more on delivering the instant payments and giving them the flexibility to go forward in their own way and own speed and deliver different values to their own customers. So we have very different use cases in Europe for those participants who use our infrastructure for instant payments."

Best of both worlds

Addressing the crowd at Sibos, Lovney says there are definitely attractive elements to the European approaches.

"We’ve spent some time in Sweden looking at Swish and in Denmark looking at MobilePay and one of the things that’s attractive about those jurisdictions is that you can get rapid innovation in terms of functionality through a single app that is kind of dropped in like Uber or Facebook every week with new functionality."

Lovney says the solution launched into market with Osko is a bank-led approach.

"There are two different approaches: a bank-led approach that gives you reach and scale, but in order to get new products launched you have to get new functionality across the ecosystem [...] in other jurisdictions you might have a single app that is implemented by a range of banks through a single channel that gives you much faster implementation of product but obviously enrolment is a challenge. The question we've been asking ourselves in Australia is how do we get the best of both worlds?"

App Beem It is the banks' single channel approach to instant payments. The app was launched in a collaboration between NAB, Westpac and CommBank. It is outside of the New Payments Platform and allows for instant payment transfers between banks without using BSBs, account numbers or PayIDs. It's similar to Venmo in the US and also Lovney's example of MobilePay in Denmark.

Since launching in May, Beem It has had more than 210,000 downloads. According to Beem It CEO Angela Clark, while the target market was originally millennials, this has since expanded to other demographics including 35-50-year-olds using the app to split bills, coffee and work functions.

"Like overseas markets, we’ve also seen Beem It coming to the rescue of older children who are asking parents to make a 'Beem It' transfer when they need to get money sent to them instantly – which takes less than seven seconds to hit their bank account," she said.

In terms of it working alongside options such as PayID, Clark says that while PayID is an easy identifier within a banking app, Beem It is an app designed as a customer-first payments experience

"The trend in payments worldwide has rapidly moved towards lifestyle and social type payment app experiences. We have also seen this happen in Australia, hence Beem It’s vision and the alignment around the Beem It vision from our shareholders."

A Westpac spokesperson said it was part of the bank's strategy to provide a range of payment solutions to its customers.

"We are committed to giving our customers more choice through supporting a range of convenient payment solutions. This includes Westpac for iMessage, wearable payment devices and our recently launched Siri for Westpac, as well as Beem It and PayID."

A spokesperson for Commonwealth Bank also echoed the sentiments of wanting to provide greater choice for customers and also said the bank "welcomes payment options that make it faster and easier to send and receive money between Australians."

For Angus Gilfillan, executive general manager of Banking Products and Consumer Lending for NAB, the decision to offer both Beem It and instant payments through the New Payments Platform was also about choice.

"Beem It gives customers the convenience of fee-free, instant transfers to friends and family, regardless of which Australian financial institution they bank with.

"With PayID, we’ve partnered with other financial institutions to bring customers the simplest, fastest and smartest way to make and receive payments."

What does this mean for you?

The New Payments Platform has opened its doors to fintechs looking to test innovative new payments technologies, so get ready for a bunch of new overlay services and integrations being added. However, if three of the Big Four banks launching two separate instant payment offerings in the same year has shown us anything, it's that there is still a lot of innovating happening to see what sticks – that is, to see what consumers engage with and use.

This will mean you may see a few new payment apps and offerings being introduced, and you will need to know how to find the right one for you. Instant payments are a great thing for consumers and for businesses, but you still need to make sure you can pay the people that you need to and ensure that you can actually use the payment service you want to use – not all banks are signed up to Osko yet.