What is going on with bitcoin? | finder.com.au

What is going on with bitcoin? 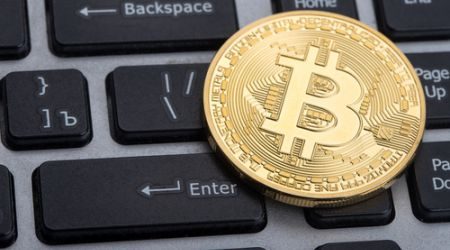 A three-year high and then a notable drop, now it's being tipped to replace gold.

Bitcoin, the world's first cryptocurrency, has had a tumultuous start to 2017. The digital currency, following strong adoption in China, ended 2016 on an all-time high according to Bloomberg data. The currency reached USD$1,140.64 and also surpassed its market capitalisation, standing at USD$16.1 billion.

However, on 6 January 2017 bitcoin saw a sharp drop. This drop also coincided with a 1% offshore trading increase of the Chinese yuan. While this may have been a coincidence, it highlighted the strong influence the two currencies have on each other.

Bitcoin exchanges in China say they account for more than 90% of global bitcoin trading, and while some bitcoin experts say this volume is overstated, anywhere near this number would explain the influence of fluctuations between the currencies.

As bitcoin value surged towards the end of the year, the Shangai office of the People's Bank of China warned investors against bitcoin due to the "abnormal fluctuations" of the currency. Following a strong 2016 for bitcoin (rising 125% in value) and a slow one for the yuan (dropping 7%), this warning prompted the reversal of fate, with bitcoin's value dropping to USD$885.41 on 5 January 2017. A similar warning from Chinese officials in 2013 saw a $300 decline in price.

The currency value changes come at a time when Chinese officials have been trying to get back in control of currency depreciations by restricting currency outflows. Due to the loss of yuan value, many believe Chinese investors are purchasing bitcoin to circumvent the $50,000 limit of foreign exchange for individuals. However, according to Fortune, the head of a major Chinese bitcoin exchange says this practice is not common because of the cost.

Despite official warnings about its fluctuations, bitcoin was still the strongest performing currency in 2016. Speaking to InvestorDaily, CEO of Wyre and former staffer at Midwinter Financial Services Michael Dunworth said people are starting to realise the value of bitcoin.

“Bank of America, hedge funds and high-net-worth individuals – they’re all getting into digital currencies as part of their diversified portfolio,” Dunworth said. “There’s no getting away from it. It has been one of the best-performing assets for the past five years, with no serious competitor.”

According to Dunworth, the currency will also become the world's currency staple.

“It will replace gold, and internationally it will replace the USD as the global reserve currency – 20 years or so from now that is,” he said.

Whether or not bitcoin becomes what it was intended to be, a truly global digital currency, remains to be seen.