Disney Plus Day: What is it all about? 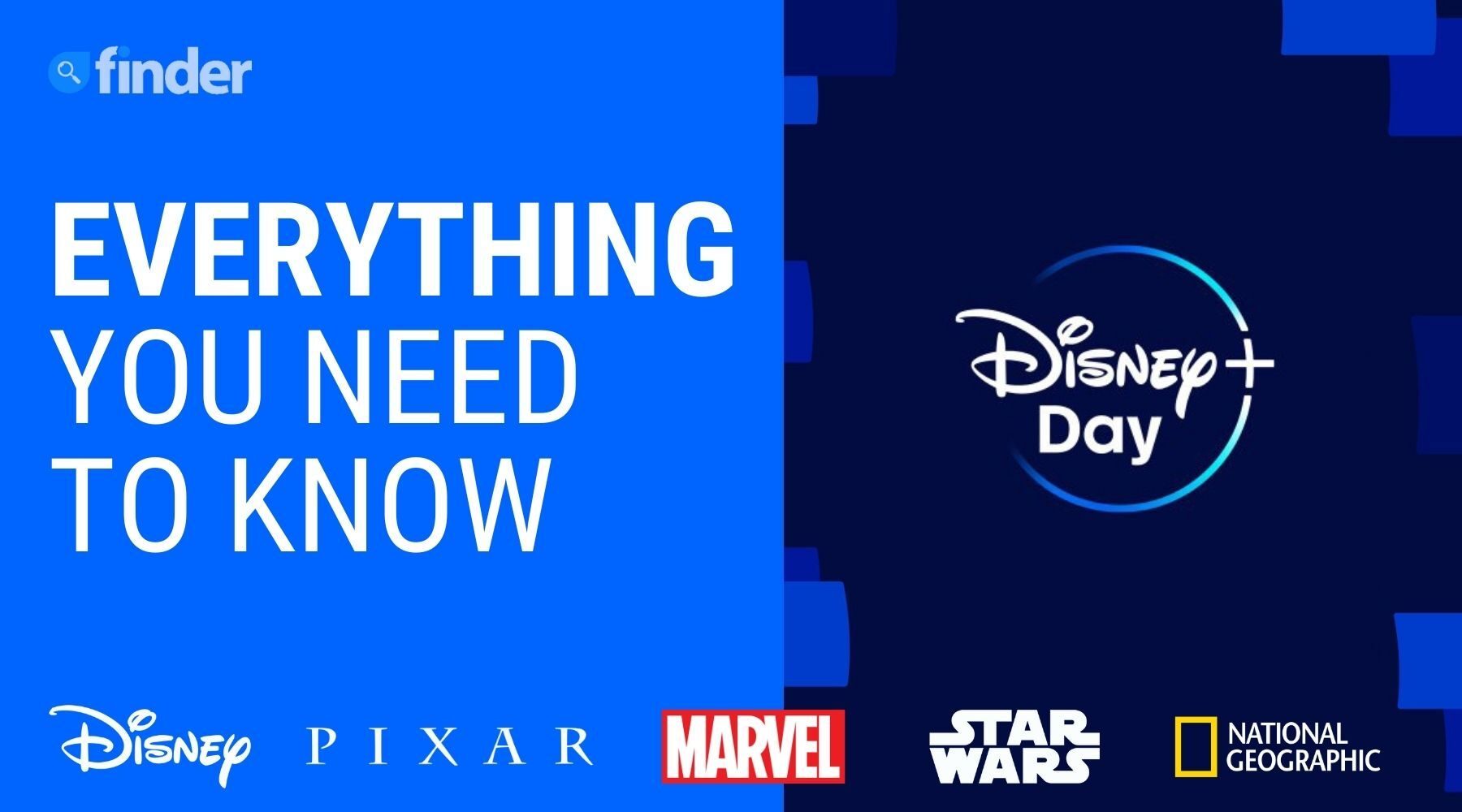 Disney Plus is rewarding subscriber loyalty and celebrating its birthday with some exciting premieres and a big discount.

It's been almost 2 years since Disney launched its streaming platform Disney Plus. To mark the occasion, the company is putting together a grand-scale fan celebration. That includes a massive saving on Disney Plus but only if you act quickly. The festivities also include new releases and sneak peeks at what's to come.

Disney Plus has enjoyed massive success worldwide thanks to its content library, original productions and functionality. For Disney Plus Day, expect a whole bunch of new movies and shorts, as well as special features that highlight existing and upcoming content. Here's what to look out for.

When does Disney Plus Day take place?

Disney Plus Day takes place on 12 November, marking the platform's second anniversary. Disney Plus launched in the US on 12 November 2019 and arrived in Australia only a week later, on 19 November.

However, we won't have to wait a week to enjoy the goodies the entertainment giant has in store. Disney Plus Day will be celebrated on the same day in all markets where Disney Plus operates.

What is Disney Plus Day?

Pompously put, Disney Plus Day is a "special global company-wide fan celebration on Disney Plus's second anniversary". In simpler words, it's an event the company organises to thank fans for their loyalty. Oh, and to reward them with fresh content, promotions and special fan experiences.

As long as you're a Disney Plus subscriber, mark your calendar. A bunch of new movies, series and documentaries will arrive on the platform on Disney Plus Day. As mentioned there is also a hot Disney Plus deal for new and returning subscribers if you act quickly. More on that below.

What can I watch on Disney Plus Day?

Content-wise, Disney Plus Day will be celebrated with an impressive slate. Two of Disney's biggest films of the year, Jungle Cruise and Shang-Chi and The Legend of The Ten Rings, will become part of the permanent Disney Plus library. That's available to all subscribers for no extra fee.

Additionally, Disney Plus is releasing original movie Home Sweet Home Alone, a re-imagining of the popular Home Alone holiday franchise and the perfect film to jolt your holiday spirit. Frozen fans should look forward to Olaf Presents, a series of shorts following the hilarious snowman as he retells classic Disney stories.

Speaking of shorts, there will also be an animated short film from Pixar, Ciao Alberto, featuring characters from this summer's Luca. Plus there will be other animated shorts to dazzle and entertain, including one featuring The Simpsons.

Disney Plus will also premiere the first 5 episodes from season 2 of The World According to Jeff Goldblum, as well as new Star series Dopesick. The latter stars Michael Keaton and aims to take viewers to the epicentre of America's struggle with opioid addiction. Not so suitable for young viewers, but adults should definitely check it out.

Subscribers will also be able to stream 2 specials. One will cover the Marvel Cinematic Universe and promises an exciting look towards the future. The other will explore the origins and legacy of Star Wars' legendary bounty hunter Boba Fett, in anticipation of the original Boba Fett live-action series scheduled to arrive on Disney Plus in December.

Plus, gear up for the premiere of Entrelazados, a fresh Argentinian comedy-drama, the Disney+ premiere of beloved movie Enchanted and even more documentary specials. Here's the full list of fresh content arriving on Disney Plus Day:

The company has other surprises in store too, promising that the celebrations will include "breaking news, first looks, new trailers, exclusive clips and appearances from Disney Plus creators and stars". We're not exactly sure how those will be featured on Disney Plus, but we can't wait to find out.

Disney Plus is using the celebration to debut IMAX Enhanced, a feature that allows you to experience films in a brand new way. Starting 12 November, you can watch IMAX's expanded aspect ratio versions of several Marvel Cinematic Universe movies, including Shang-Chi and The Legend of The Ten Rings.

What does this mean? You basically get more action on screen thanks to IMAX's expanded aspect ratio (1:90:1). According to Disney, the IMAX version of the movies delivers up to 26% more picture in select scenes. In total, 13 MCU movies will be available with IMAX Enhanced on 12 November:

Do I need to be a subscriber to enjoy Disney Plus Day?

Yes. We doubt that Disney Plus will make any of this special content free, but all subscribers will get access to it as part of their subscription.

Subscriptions to Disney Plus in Australia cost $11.99 a month or $119.99 annually. The platform isn't offering a free trial at the moment, so you have to sign up if you want to celebrate Disney Plus Day along with the entire world. There are no strings attached, so you can cancel your subscription any time.

That being said, Disney said there would be exciting offers and promotions to celebrate Disney Plus Day. That is now underway with a massive discount for new and returning subscribers to the platform. You can now get the first month of your subscription for just $1.99. That is an 83% savings on the usual price of $11.99/month.

After the discounted month, your subscription will automatically revert to the usual price.

If you're still in doubt, Disney Plus offers a big library of titles from not only Disney itself, but also subsidiaries like Marvel, Star Wars, Pixar and National Geographic. Plus, channel Star hosts plenty for adults to watch as well.

Popular titles on Disney Plus include The Mandalorian, WandaVision, Loki, Cruella, Black Widow, Only Murders in the Building, The Simpsons and Free Guy.

Is Disney planning anything else?

Disney will also organise special fan experiences in its parks, cruises and resorts around the world, with visitors able to enjoy photo opportunities, character moments and more. The official Disney shop will offer discounts and we may get other unexpected treats on the day itself.

Disney Plus is also entering new markets. It will make its debut in South Korea and Taiwan on 12 November and in Hong Kong on 16 November.

All in all, you should save the date. We expect Disney Plus Day to be a celebration for the ages.