What if an ICO runs out of tokens? Distribution is a balancing act 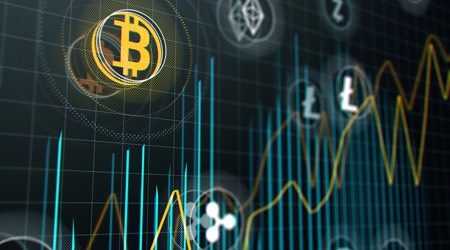 U Network has been put in a simultaneously awkward, lucrative and expensive position by running out of tokens mid-ICO.

It's very rare for ICOs to find themselves in this position and U Network might be the first.

U Network is one of many content platform-type cryptocurrencies that aims to create a system to reward participants for contributing to an active community. For example, users can reward the content creators.

Other than U Network, some purpose-built examples of this type of cryptocurrency are Steemit, TRON, Reddcoin and Basic Attention Token, while others such as Dogecoin have found a new life as an online tipping coin that lets users show their appreciation by rewarding content creators directly. It's not just a crypto idea though, and Twitch and Patreon are some successful non-crypto examples of this type of platform.

U Network's unique twist might be described as a kind of organic machine learning system, where users try to predict what kind of content is going to be popular and are then rewarded with tokens if they're correct – much like Reddit.

The idea behind U Network might not be entirely original, but it has managed to pull off a unique feat by being the first ICO, as far as anyone knows, to actually run out of tokens during its $8 million sale, it announced on 13 July.

The team behind U Network put a 10 billion UUU cap on its token supply, valuing the total supply at about $15.6 million. It set aside 40% of the tokens for the founding team and ongoing development. It blew past the 60% mark though, leaving it in the position of working out how to satisfy its users without compromising the project.

The solution was a buyback fund, intended to buy back 1,000 ETH worth of UUU tokens in several stages, each one being about 200 ETH.

The total 1,000 ETH buyback amount is worth about $486,000 at current prices, intended to be low enough to avoid affecting the prices. Although CoinDesk is somehow reporting the 1,000 ETH buyback as being worth $284 million. That's more than 30 times the total U Network market cap, so there's clearly been something lost in numerical translation.

"We believe it's a reasonable amount. Not too high to affect market price, not too low to affect the expansion needs," said a U Network spokesperson.

This seems to have been borne out, with seemingly no price impact from the buyback.

"I think this case illustrates the huge trade-offs founders face," said Catherine Tucker, an MIT professor of management and marketing. "If they keep too many tokens in reserve, they are often accused of being greedy. But if they give away too many tokens then they lose a crucial lever they need to incentivise people to use their platform or service in the future."

There's no hard rule for treading this tightrope, and the difficulty is compounded by the impossibility of accurately predicting prices far in advance.

It's an especially difficult situation because any ICO should reasonably expect its prices to plummet after hitting the exchanges. But planning for this (we expect our token price to drop 80% shortly after release!) would be anathema to marketing.

Plus it means the most sensible option for a genuine project that wants to succeed in the long run might be to hoard as many tokens as possible to ensure reliable funding later, at the risk of being labelled a scam.

A buyback such as U Network's is clearly not the ideal outcome. Buying back tokens at double the market price means you're not only exiting users from the ecosystem by buying their stake, but also spending much more to buy back the tokens than you earned for them in the first place.

"If I had to give advice to founders, it would be to think about the uncertainty involved with the project. In those cases of heightened uncertainty, it might be best to limit the initial distribution of tokens until the business plan has evolved and been tested."

There are better ways to go about this than just capping the sale though. One could take cues from the Telegram ICO, for example, and instead run a multi-stage ICO at tiered prices until demand is sufficiently met, rather than cutting off buyers.

For example, U Network just released 60% of its supply to partners and ICO participants, then ran out. Instead it might have released 30% of tokens to its private partners, then sold another 15% in a pre-ICO, then multiplied the price and commenced a public ICO for another 15%, while keeping the same 40% for itself. By introducing some elements of artificial scarcity in the ICO itself, prices might ride higher and the inevitable sell-off after hitting the open market might be less damaging. Then with a higher-riding token price, that 40% founders stake is worth a lot more.

There are no hard rules for token distribution or how to best massage prices during the ICO, but there are plenty of options and variations available. U Network's buyback at above market prices might have been one of the most transparent, but least profitable, options available.

One of the hard and fast rules might be to call it quits once the cap is reached though. It avoids expensive buybacks and accusations of shadiness, and for the most part anyone who misses out is either going to buy the token later anyway or would be dumping it as soon as possible.