What happens to you in a car crash? 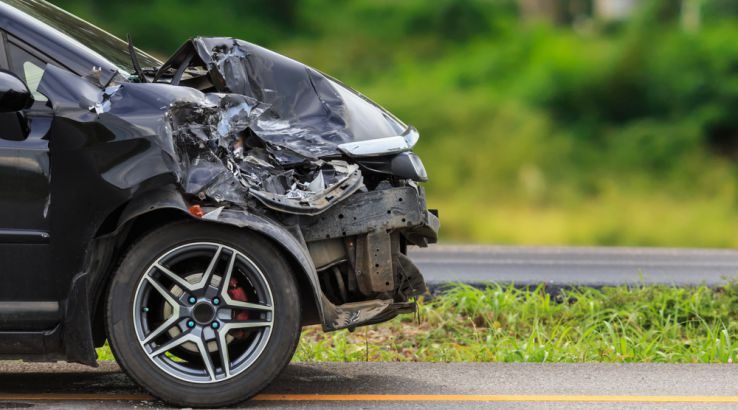 An in-depth analysis of vehicle accidents shows what happens to your body during a crash.

By examining 392 accidents, researchers from the Monash University published a report detailing exactly how occupants of a car involved in a collision receive injuries. The findings are grim. Hopefully, such studies will improve driver behaviour and encourage the use of vehicle safety equipment.

According to the Department of Infrastructure, there were 1,295 road deaths in 2016, an increase of 7.5% compared to 2015. Recently, we’ve also seen how drivers under 25 are frequently having car crashes.

Car accidents are not straightforward

If you were to imagine what a car accident is like, you’d probably picture a single crash into another car or an immovable object like a pole or road barrier. In reality, crashes are not that straightforward, with dozens of variables like weather conditions, speed and direction of travel.

In a third of accidents studied, the car didn’t just make one impact but several. This happens when there are multiple vehicles involved or when a vehicle rolls over. After deployment, airbags deflate, meaning subsequent collisions can cause more injuries than the initial contact.

Injuries that occur as a result of crashes can also cause difficulties in analysis. Monash researchers use the global injury severity scoring system, known as the Abbreviated Injury Scale (AIS), for the study. Healthcare professionals grade injuries on each area of the body with a scale starting at 1. AIS 1 injuries are generally minor, like bruises or sprained ankles. Level 5 injuries are critical, while level six injuries are currently untreatable.

Types of accident and injury

The five most common car crash types and resulting injuries in Australia are:

Where one car slams into the back of another, possibly as a result of the rearmost driver not paying attention to up-coming traffic or driving too close.

In rear-end incidents, occupants suffer severe injuries to the chest, neck, head and spine, often as a result of whiplash (an extreme jerking of the neck forwards and backwards).

According to one study by Austroads, 4 in 10 claims for CTP insurance involve rear-end collisions.

This is where one vehicle drives into the side of another, at varying angles. A 90-degree angle is often called a “T-bone” and transfers destructive amounts of energy into the other vehicle’s structure.

Side-on accidents are hazardous even at speeds below 30km/h. The colliding vehicle begins to deform the side of the opposing car, causing door panels to shift and protrude into the cabin. This can inflict serious and critical injuries to a person’s chest, abdomen and organs.

Passengers on the opposite side might receive head and chest injuries from contacting the driver next to them or hitting the B-pillar (the column where the topmost seat belt fixing bolts onto).

Head-on collisions are where two vehicles travelling towards one another collide bonnet first.

Drivers wearing seatbelts will suffer severe chest and lower-leg injuries from contact with the restraint and dashboard/control pedals. Without a belt, occupants accelerate forwards into the steering wheel, dashboard or windscreen, in some cases, even the roof. This can result in grievous head and facial injuries. In addition to the above injuries, those not wearing a seatbelt can also suffer limb injuries.

4. Veering off course on a straight road

Veering off course at speed is incredibly dangerous and can happen as drivers fiddle with the radio, heating controls or talk to a passenger. These crashes can result in a rollover or contact with trees, power poles and other immovable objects.

In a rollover, passengers often receive serious and life-threatening injuries to the body. Occupants may even be thrown, with force, from the vehicle. After ejection from the car, a person may come into contact with another vehicle or object with catastrophic results.

5. Veering off course while turning

Drivers may lose control in a corner. This can happen as a result of speeding, weather conditions like aquaplaning or driver distraction. Injuries vary depending on the environment and whether the vehicle rolls.

Cuts, bruises and broken bones eventually heal. However, surviving car crash victims also face long and painful recovery periods. They may suffer PTSD and anxiety, as well as disabilities arising from the accident. They may also experience cognitive changes causing strained relationships and financial hardship through missing or being unable to work.

Pay attention when you are driving, leaving plenty of room in front of you. Stick to speed restrictions and follow the rules of the road. Never use your phone while driving nor drive under the influence of alcohol or drugs. Check your car’s safety ratings and you might consider taking out accident or health insurance.

Finally, make sure your vehicle is covered. This page also includes information on what to do if you’re involved in a car accident.