What does the finally completed TPG/Vodafone merger mean for you? 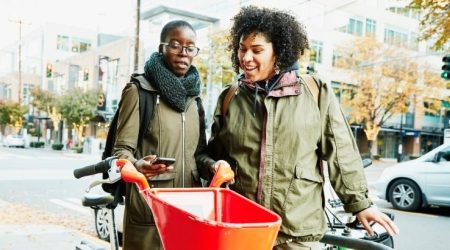 How will customer options and pricing be affected?

It feels like the merger between broadband heavyweight TPG and mobile brand Vodafone Hutchison has been going on for years, but in reality, it's only been since August 2018 that the two firms announced their intent to merge.

That didn't sit well with the ACCC, which wanted TPG to build out a fourth mobile network in Australia, although TPG cancelled those plans, citing the block on cheaper Huawei 5G equipment as a key reason why it wouldn't proceed. The matter went to the courts, with TPG/Vodafone prevailing and the ACCC finally backing down.

What all of that means is that the two companies have now merged into one entity, formally known as TPG Telecom.

TPG Telecom isn't just the TPG and Vodafone brands, either, with TPG's existing brands, including iiNet, Internode, Lebara, AAPT and others all falling under the same corporate umbrella.

Which is all well and interesting if you're the type who pores over stock market index prices, but what will it mean for everyday consumers?

Will I have to change my plan?

Initially, the merged company isn't looking to make any large scale changes to its operations in terms of brands or offerings, with everyone staying on the same brands and plans whether you're a Vodafone postpaid mobile customer, iiNet NBN customer or whatever your combined brand or offering of choice might be.

That's largely because at a consumer end, this is more of a story about combined capabilities and future deals that the TPG Telecom companies could offer in terms of bundled deals and better infrastructure.

In a statement, Iñaki Berroeta, TPG Telecom chief executive officer stated that "One of our highest priorities is ensuring our customers experience seamless service as we bring the companies together".

However, he also hinted at changes coming down the track, stating,

"We have big plans for our brands, products and services to maximise the benefits of the merger, and we look forward to announcing more details in due course."

Which is as vague as hell, but does point to the idea that plan changes are coming – but not yet.

If you're currently a TPG or Vodafone customer and Berroeta's statement isn't really setting your mind at ease about the future of your mobile plan, it might be worth it to compare mobile plans and switch to a better deal.

What if I'm on a long-term contract?

Given the way that most telcos, including TPG and Vodafone, have tended to shift over the past few years, the odds are already pretty good that you're already on a month-to-month contract. It would be up to the sub-brand of TPG Telecom as to how it handled the transition to new plans, but month-to-month does work from both sides, and it could simply state that your current plan would end at the conclusion of your contract term – which is to say, at the end of your billing month.

There has been something of a tradition of telcos offering to "grandfather" plans, by letting consumers stay on them even though they're no longer commercially available to other consumers, but we've seen that start to crumble a little too. Telstra's recent shifts around its 5G capable plans come with the sting in the tail that it's going to stop grandfathering a whole host of plans, and TPG Telecom could opt to go down that route.

However, if you're on a longer 24- or 36-month plan, it's a little more complex. You're on the hook for that period, and so is TPG Telecom, but it's subject to whatever exit clauses exist in that contract. It's worth looking over your provider's CIS (Critical Information Summary) and full contract terms to find out what may apply in your case, at least for services.

It is a different story if you've opted to get a mobile phone on a contract through Vodafone, however. Vodafone has for the past 3 years untethered its handset repayment plans from its actual mobile plans, so you could pay off a handset over 12, 24 or 36 months.

If you've signed up for, say an iPhone 11 Pro Max on a long term contract, that's just for the handset, not the plan. You've always had the option to leave Vodafone on a month-by-month basis as long as you were happy to pay out the rest of the handset contract.

Those rules would still apply if TPG Telecom decided to change pricing or features on future Vodafone plans that it offers on a month-to-month basis, but so would your obligation to pay out your handset costs.

Will it make any difference to the service I get?

The big pitch for the TPG Telecom group of companies is that it will be able to integrate the separate infrastructure holdings of Vodafone Australia and TPG into one entity and provide better services as a result. Indeed, on day one of the merger, Berroeta announced that it was already making services better for customers in select areas. From 13 July 2020, TPG Telecom switched on new sites in Canberra and Melbourne to enhance the Vodafone Mobile network:

"…customers in Canberra will benefit from a 20 per cent increase in capacity after we deploy additional 1800MHz spectrum to 99 sites, with deployments planned for other areas over coming weeks," Berroeta said, also announcing that TPG Telecom would "turn on small cells in the Melbourne CBD to improve performance in busy areas such as Collins Street and Docklands".

The plan is also to integrate TPG's fibre network to improve backhaul for Vodafone mobile customers, as well as fully integrating the mobile bandwidth holdings of both companies, a process that had already started when the two companies started joint bidding on 5G spectrum.

Will there be bundles? What about streaming services?

There will almost inevitably be cross-market plays offering you a bundle of broadband and mobile services coming from the more premium end brands under the TPG Telecom umbrella. TPG Telecom hasn't released any details of these as yet, but it doesn't take too much guesswork to suggest that they're more likely to be offered under the higher end Vodafone or possibly iiNet brands, rather than the more value-focused brands the company now owns.

As for bundled streaming offers, this is an area where Vodafone has had something of a spotty history compared to rivals Optus and Telstra, both of whom have invested heavily in dedicated streaming devices and services. Vodafone does still offer its Vodafone TV streaming box, but at a fraction of its original retail price, and it's not been busy grabbing sports streaming rights in the way that Optus and Telstra have been. Again, there's scant real detail on where TPG Telecom might move in this regard, but it seems highly likely that it's at least a step being considered.

What will this mean for Vodafone's global roaming offer?

Again, we can only go on what's been said so far, which isn't much. Vodafone's $5/day global roaming offer remains the gold standard for frictionless global roaming experiences, and it's very much tied into Vodafone Australia's place within the global Vodafone network. There's no indication that those deals are in peril due to the merger, and Iñaki Berroeta's statements around "seamless services" would seem to suggest that this is unlikely to change at least in the short term.

Of course, the combined entity may also be able to extend those kinds of offerings to its other mobile brands as well as it consolidates its offerings. That would give them a real point of difference in the market, as well as streamlining its own internal processes for payment of such services, which is bound to be appealing to the new TPG Telecom.