What does McGrath’s share price crash mean for the Sydney market? 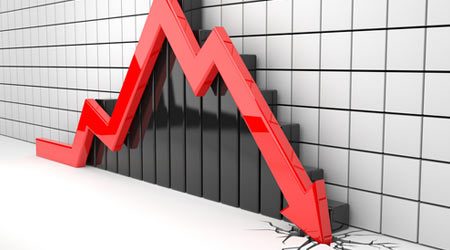 Shares in real estate giant McGrath are plummeting, and a sluggish property market may be to blame.

When John McGrath tipped in July last year that he would be taking his company public, market analysts warned that a real estate sharemarket launch might be ill-timed.

“It’s a bit of a tentative time for a property IPO,” Angus Nicholson, a market analyst at IG Markets Ltd., told Bloomberg in November last year. “The housing and real estate markets are in for a bit of a tough time. A lot of the steam has really dropped out of Sydney and Melbourne and we would expect the volume of transactions to go down as well.”

The analysts appear to have been correct. The company commenced trading in December, opening at $2.10. It has not sniffed this figure since, shedding 57% of its value to close yesterday at 90 cents, having resumed trading after entering a trading halt on Friday.

The company’s founder and CEO, John McGrath, has placed the majority of the blame on the company’s acquisition of the Smollen Group, a franchise real estate network working across Sydney’s mid to upper North Shore, North-West and Northern Beaches region. According to McGrath, listings across these regions are expected to be 25-30% lower than prospectus forecasts.

But SQM Research managing director Louis Christopher told the ABC that listings in Sydney have actually risen 14.7% over the last 12 months.

"It is a little surprising that they would point to that as a single reason for their downgrade, particularly in light of the fact that listings are definitely up in Sydney," Christopher told the ABC.

Christopher did note, however, that listings had fallen in Sydney’s east, where McGrath has a strong presence.

Uncertainty about the future of the Sydney market may be the underlying cause of McGrath’s woes. Recent figures from CoreLogic RP Data showed a pronounced slowing of capital growth in the city, with annual dwelling value growth more than halving to 7.4% from a high of 18.4% in July of last year. A drop-off in Chinese investment could also hit the company’s bottom line.

David Llewellyn Smith of Macrobusiness told the ABC a decline in listings and sales indicated that the Sydney market was on the downturn.

“At this stage it looks rather like a re-run of 2003, of the boom and bust which took roughly ten years to play out, but of course then we had the mining boom which prevented the Sydney market from falling really far, but this time the mining boom is in reverse so all bets are off."

Statistics seem to support Llewellyn Smith’s view. Figures from the Australian Bureau of Statistics (ABS) showed a quarterly drop in Sydney house prices of 1.6% for the December quarter. The result was the first decline for the Sydney market since March 2012.

McGrath said in an update to its earnings forecasts that the fundamentals of the property market and real estate industry “remain attractive”. But with McGrath’s business most heavily connected to the Sydney market, it would appear investors disagree.