What does HTC Exodus Lightning Network support mean for LTC and BTC? 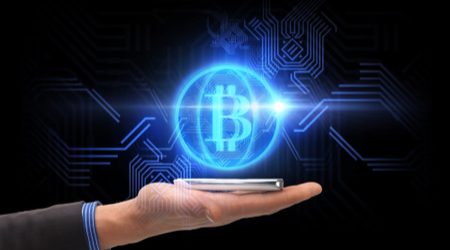 Lightning Network support might be easier said than done, with interesting implications if it does work.

The HTC Exodus smartphone has been revealed and re-revealed a couple of times now. The first reveal was an ambitious all-in-one blockchain phone that could mine cryptocurrency and operate as a node on existing networks. The second reveal was dialled back a bit, describing a native wallet and Ethereum plus ERC20 support with phones-as-nodes coming later.

Now this reveal is pushing back the other way, with Litecoin founder Charlie Lee saying the phone will support bitcoin, Litecoin and the Lightning Network, and that he will be an advisor to the project.

The addition of native Lightning Network support might be an especially interesting addition.

The Lightning Network (LN) is currently in a state of semi-organised chaos. It can route payments, but not with any kind of consistency, not without serious headaches even for technically-inclined users and not without a risk of losing the money you try to send, or the money in your payment channel. The general consensus is that you'd currently have to be crazy to keep any kind of serious money on the network.

It's hard to put a definitive timeline on LN development, integrating it might be a significant hurdle and in its current state adding native LN support to a widely-released phone would be a fairly ridiculous and expensive risk, for several reasons.

But if it does go ahead as planned, it will also likely be very good news for the network, bringing a lot more nodes to it from people's phones.

The trifecta of bitcoin, Litecoin and LN is also raising hackles in some corners, with some people questioning whether the LN is undermining either coin.

What does LN mean for bitcoin or Litecoin?

The purpose of the LN is to greatly reduce the time and cost of cryptocurrency transactions. If it all goes well transaction fees can drop from dollars down to fractions of a cent, and can be done more or less instantly instead of in minutes or hours.

This is because the purpose of Litecoin is to be a quicker and cheaper version of bitcoin, but it still can't match the speed or cheapness of a fully functional LN. This has Litecoin fans concerned about the coin losing its purpose. On the other hand, you still need to send normal transactions to load funds on or off the LN. This will still be cheaper to do with Litecoin than bitcoin, so it will still have some functional advantage.

However, bitcoin still has the advantage of notoriety and more users. It needs LN a lot more than Litecoin does so its network might grow and achieve functionality quicker than Litecoin's.

Most of the people who end up getting into cryptocurrency for the first time through the Exodus might end up buying the gold BTC rather than the silver LTC – especially if they listen to Lee.

But first things first, it actually needs to work as intended. Full LN support on the Exodus, within a reasonable time frame, probably isn't a done deal yet.