Bakkt has announced that it will be launching the world's first regulated options contract for Bitcoin futures on 9 December.

ICE (Bakkt parent company) has self-certified the contract with the CFTC, and the European style options contract will be based on the Bakkt monthly Bitcoin futures contract, and is "designed to hedge or gain Bitcoin exposure, generate income and offer cost and capital efficiencies".

For anyone trying to figure out the market impact of this development, it's probably a good time to step back and look at what exactly an options contract is.

The reason it's called a "futures" contract is because the Bitcoin is delivered in the future. When you just buy and sell Bitcoin, you get the BTC right there and then. When you trade futures contracts, you're paying today's prices for Bitcoin delivered later.

This is useful, compared to just buying Bitcoin outright, because it gives people that actually want physical Bitcoin a way of locking in guaranteed purchases at a predictable price. It's also useful because it lets speculators take a short position on Bitcoin, betting that its price will drop.

Hedging with options is a way of making it suck less.

An option, as the name suggests, is just the option of taking delivery of Bitcoin. There are several different kinds of options, but these Bakkt options are "vanilla" "European style" options. This just means they can represent either calls or puts (the right to buy or sell respectively), and can only be exercised on their expiry date (European style).

So in the case of the unlucky person who bought that short-seller's futures contracts, they've basically committed to either re-selling those futures contracts at a loss, or taking delivery of a bunch of way overpriced Bitcoin on the contract expiry date.

You can probably see why options are such a significant addition to a lively market. Once you get enough people together trading these kinds of derivatives with sophisticated-sounding names, you have a real thrumming market.

Why this matters for Bitcoin

Bitcoin is risky, volatile and almost purely speculative. This makes it an attractive asset to trade, but also makes risk management commensurately more important for sophisticated traders who want to get into it.

After a slow start, Bakkt hit record daily volumes earlier this week, with a still-small 590 Bakkt futures contracts (worth 590 Bitcoin, equivalent to US$4 million give or take) change hands on 23 October. It's reasonable to expect that number to grow faster with the introduction of more trading instruments.

On the one hand, it's reasonable to assume that this expanding and increasingly sophisticated regulated Bitcoin market will add legitimacy to the asset, and help bring more stable growth to the area.

On the other hand, Bitcoin's lack of functional applications is a bit of a head scratcher.

In traditional markets, one of the reasons people trade futures contracts is because they know they will need fifty thousand barrels of oil, or kilograms of pork bellies or grain or whatever, at a specific time, and because they can't afford to get blindsided by rapid price changes ahead of the delivery date.

Even gold, the most valuable and functionally overpriced of metals, has situations where people will need to take delivery of a bunch of gold at a predictable price to make a bunch of wedding rings and expensive watches, because that's what the ~$300 billion jewellery industry does.

Futures contracts traded here are supplying industries with the materials they need.

But what about Bitcoin? It's tough to conceive of any situation where someone needs Bitcoin delivered in the future for any functional application beyond pure speculation, or something extremely illegal. Doesn't this mean the market will inevitably stall out?

Bakkt will only keep growing as long as trading Bitcoin is consistently profitable for the sophisticated traders it aims to attract, but due to Bitcoin's lack of functional applications, the only way this can work is if a lot of other people are consistently losing money on Bakkt. That can't last. Eventually, the market will run out of greater fools and splutter to a stop.

But that's just one way of looking at it.

The other is that Bitcoin's functional purpose is to be a store of value. If we take our cues from gold, we can see that this isn't actually too outrageous. Between bars and coins, ETFs and similar, and central bank purchases – all of which are store of value applications – we can see that a sizable portion of the world's gold is dedicated to simply sitting around being valuable. 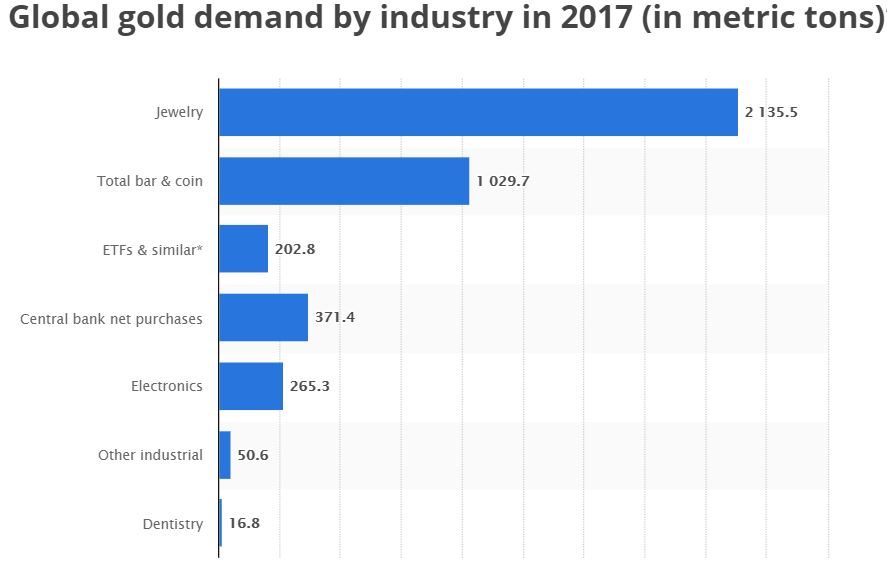 So why not Bitcoin? There are some undeniable functional advantages to having a purely digital asset serve as a store of value instead of gold, as long as it's equivalently stable and valuable.

According to this line of thinking, Bitcoin's main goal should be to become widely accepted as a store of value. Once it is, people will have an actual reason to purchase physical Bitcoin, for applications like sticking it into digital vaults for use as collateral, hedging against collapse in other parts of an investment portfolio, and so on.

And fortunately, the development of platforms like Bakkt, which are increasingly offering more advanced and well-regulated trading tools, directly support this ambition by helping bring stability and genuineness to Bitcoin's value.