8 big economist predictions for 2022 (and how they impact you) 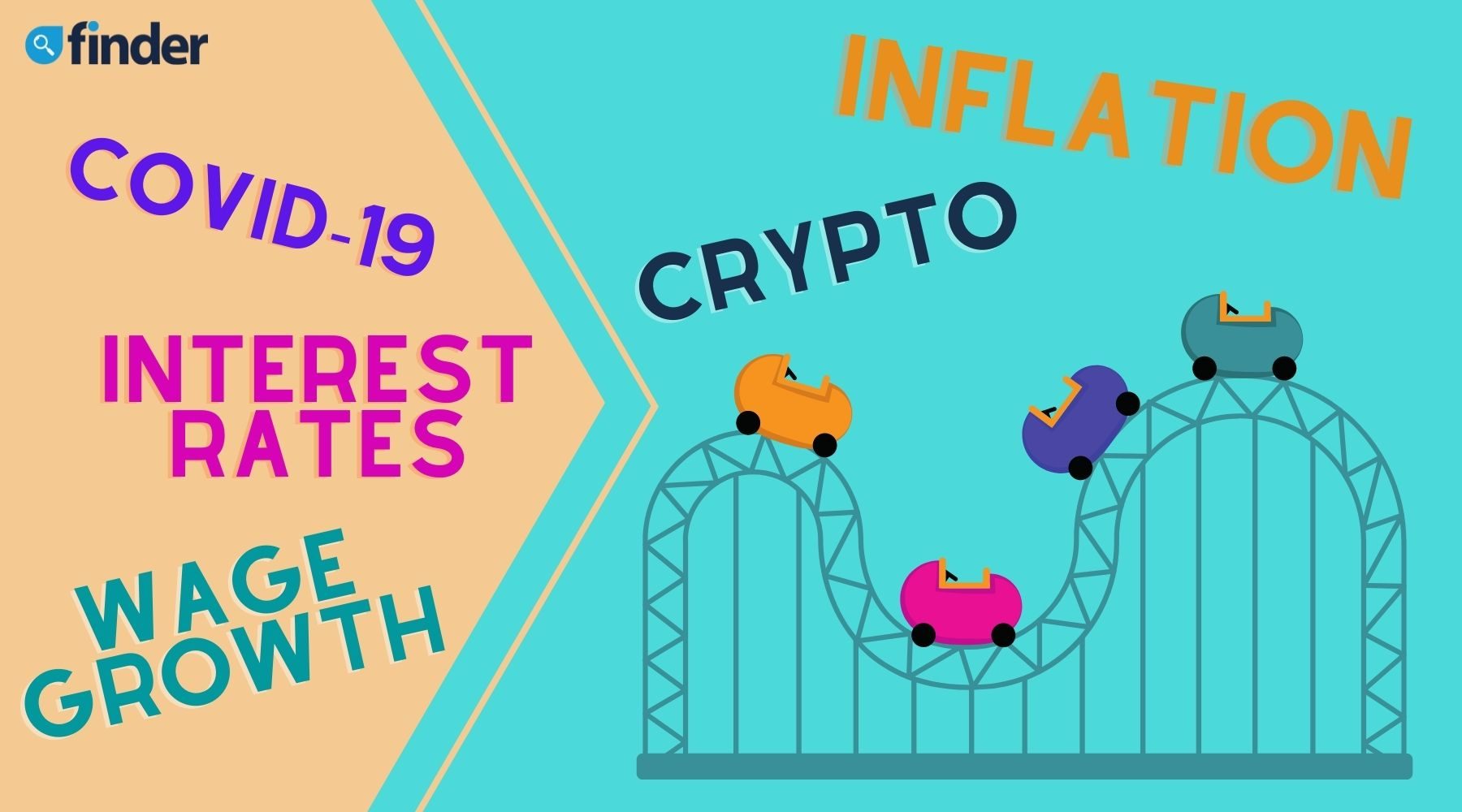 The RBA has repeatedly said it will not increase the cash rate before 2024, but could mortgages get more expensive sooner than that?

We spoke to a range of economists to get their opinion on what's likely to happen next, and here's what they told us.

Inflation to exceed 4% sooner than expected

"Inflation is clearly on the rise worldwide, running at over 5% in the United States and over 3% here and in Europe, all above central bank target levels. Consumers are also expecting inflation next year of 4.4% according to the latest Melbourne Institute data. The RBA will therefore be forced to act sooner rather than later should inflation continue trending upward despite its commitment to hold rates down until 2024."

RBA could introduce its own crypto

"More people may invest in private cryptos if their prices continue to rise, but because Australia already has a well functioning and low cost payment system, existing crypto currencies are unlikely to be widely used for transactions. However, the RBA is likely at some point to introduce its own digital currency and it may well be based on the blockchain platforms that back or power some existing crypto currencies (like Ethereum)."

COVID will disrupt the economy till 2023

"We are not out of the woods yet. The danger of COVID uncertainty is still hanging over Australia and the global economy. It will be a bumpy ride next year. Even with more than 80% of the population fully vaccinated, there will be spikes in COVID cases in different parts of Australia, which will continue to cause transitory disruptions to the economy. It could extend till 2023 before the economy functions smoothly again in the 'new normal' environment."

The "Great Resignation" isn't so great

"I am sceptical that the phenomenon is as profound as it has been portrayed… Whatever its other flaws, JobKeeper and the other schemes in place during the more recent lockdowns did help to maintain linkages between employers and employees, so that employers know where to find workers as the economy re-opens and employees know they have jobs to go back to. That's not to say we don't have frictions in our labour market too: but they are largely due to the absence of migrants, not to any 'great resignation' on the part of Australian workers."

– Saul Eslake, economist and vice-chancellor's fellow at the University of Tasmania

Rates to rise in November 2022

"While uncertainty reigns for now, the RBA has one eye on local data and the other on the US Federal Reserve. Taking the cash rate off 'emergency levels' in the absence of an emergency is a no-brainer, it's just down to timing. November 2022 is my pick."

Rates to rise in December 2022

"The economic recovery underway, together with rising inflation, will see pressure on the RBA to increase official interest rates by next December, although there is uncertainty around the new Omicron variant. Assuming vaccines and boosters are effective for Omicron, the recovery should continue and higher rates should be expected through financial year 22/23."

In summary? The verdict about what's ahead is mixed

My favourite commentary of all was this reply, from Noel Whittaker, AKA "Australia's Financial Wizard of Oz":

"I think the timing of any rate rise is anybody's guess. But I think it will be sooner rather than later."

In other words, it's all a bit up in the air.

But don't despair – this isn't unusual. In fact, it's really common for economists and experts to have wildly different opinions about what's likely to happen next.

So where does that leave you? Well, if you have a mortgage (or you're planning to get one), there are a few things you can do with these insights.

Firstly, understand that the current low-rate mortgage climate is NOT going to stick around. Rates will start to inch up in the next year or two, so you need to make sure you can afford your mortgage both now and in the future.

To get on the front foot, you can:

Get informed about your mortgage: Use Finder's home loan calculator to see how much your repayments will be if rates increase