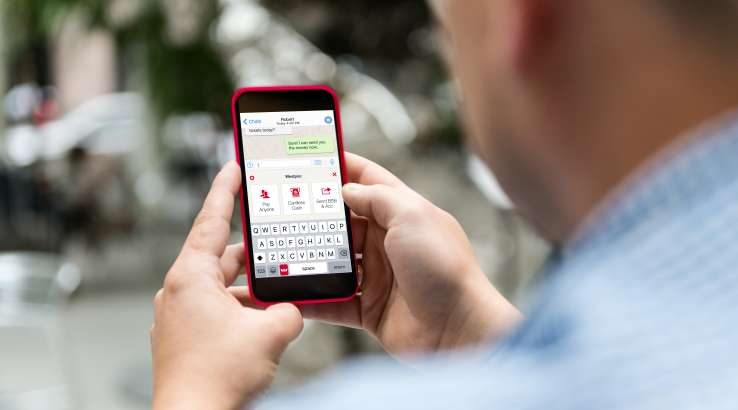 The bank will also launch a new mobile payment feature allowing customers to make payments through Facebook Messenger and Snapchat.

Anyone who has recently complained the big banks aren’t innovative enough to keep up with tech-loving millennials will today be eating their words.

Australia’s oldest bank today announced it will launch wearable payments devices, along with a new mobile feature, the "Westpac Keyboard", which will enable customers to make payments within popular social messaging apps - a first for Australian banking.

The wearable payments device is currently being tested by Westpac employees and will launch later this year as a wristband, similar to a fitness band, with a chip inside that is linked to a nominated debit or credit card.

Don’t be concerned if wristbands aren’t your thing; Westpac plans to make the chips available separately with a clip, allowing customers to attach it to a watch strap or other accessory.

Westpac consumer banking chief executive George Frazis told the Australian Financial Review, “Effectively what we have done is combined the antenna and the chip into one element that you can then put into any accessory that is convenient for the customer.”

“This has unlimited potential for fitting in with whatever your lifestyle is,” Frazis added.

The wearable device will no doubt give ANZ’s Apple Pay a run for it’s money, as Westpac customers will be able to leave the house not only without their wallet, but even without their phone.

“From our perspective, at this stage we are not seeing any negative impact as a result of not providing Apple Pay,” Frazis added.

We’ve all been in the awkward situation where a restaurant or cafe refuses to split the bill. You offer to pay in good faith that your friends will transfer you their share later on but this often never happens – who could be bothered logging into mobile banking and manually entering all the payment details?

The Westpac Keyboard will be launched this week, enabling customers to switch the regular keyboard in messaging apps like Facebook Messenger, WhatsApp, Snapchat and SMS to allow them to easily transfer money to friends, without the need to login to their Internet banking.

A first for Australian banking, the Westpac Keyboard is based on technology from an Israeli fintech company and adds secure banking options to the bottom of the screen on a chat app.

This means that friends could easily and quickly send money to each other in their regular messaging app, taking the headache out of joint purchases. 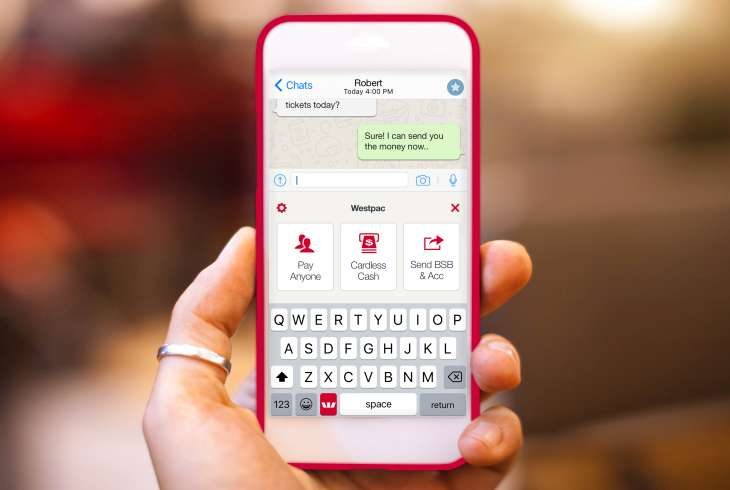 “This is the ultimate mobile banking experience for people who love social media and messaging apps, and one of the biggest developments we’ve seen for years in Australia’s highly-competitive digital banking space,” said Frazis.

“We really want customers to be able to access their money in an efficient and convenient way, particularly when they socialise. With SMS and social messaging apps now an everyday part of our lives, it was time to close the gap between social media and mobile banking."

It also allows cardless cash codes to be sent, allowing customers to send codes to friends or family so they can withdraw the amount from any Westpac Group ATM without a card.

Westpac says the best example of the cardless cash code being effective would be a parent sending the code to their child if they were caught out and needed some cash.

Keen to read about some other recent fintech innovations? Check out what's been happening recently in our guide here.