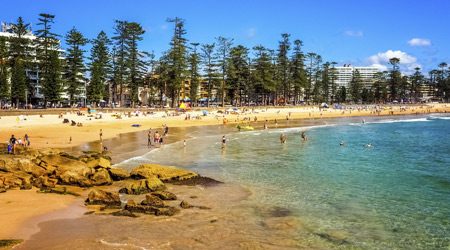 Manly takes some extra planning and preparation, but the views are worth it.

When I first posted I was going to do this, Manly got the most comments and most of them were negative. “Manly, why bother?” “The Commute will be a pain” and others to that effect. Well let me tell you that’s rubbish! I loved it. However, it would take me a little longer to get comfortable.

I am extremely spontaneous. Very little is planned and even when I do plan something I often head off on a tangent. So if you’re like me, living in Double Bay or Rushcutters is a better fit because you can be more reactive to invitations. Manly, on the other hand, you need to be proactive otherwise you will be blasting $60 cab fares way too often.

On Monday afternoon, I headed out to Manly in my car in peak hour. FAIL! It took forever. From that point on I only used the fast ferries. They are fantastic and although the 20 minute, $17.80 return trip felt more like public transport rather than a private cruise like the ferry to Watsons Bay, I still enjoyed it and they are also licenced. Think about it: a harbour cruise, a beer and a light show as part of your daily commute. 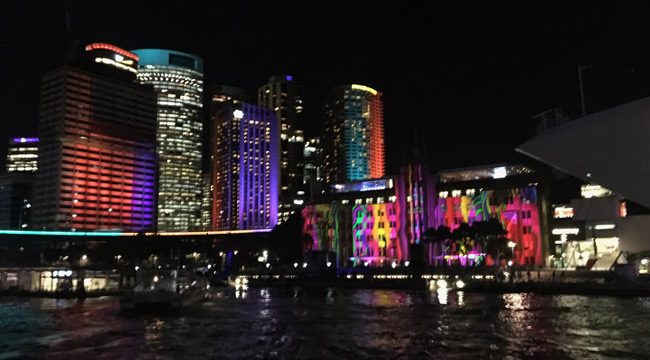 The light show on the way in

While on the way home I checked Clipp and noticed that Manly Wharf Bar, the New Brighton Hotel and the Bavarian Beer Café were normally on and up to 40% off with a low minimum spend.

Once you are in Manly you have everything you need. Hugos was fun and attracts a crowd. I had breakfast at Hemmingway’s and got my smashed avo fix and a great coffee. I can understand why Manly now has a higher median house price than Bondi or Coogee. Dodging land for sea-based transport alone makes that worth it. There is also a greater feeling of space in Manly. You feel surrounded by nature rather than concrete and steel.

So, what of the people? Well I did see an amazing blend. Heaps of tourists, health freaks, orange tans and suits all cruising in the sun together. I noticed that most people on the open decks did appreciate the view, choosing to look out through the heads rather than head down, looking at their phones. Also there was a lot of chat on the ferry and it gave the impression of a friendly place. I really like that.

This brings me onto the Q Station. Let me start by saying this. Accor, when you have one of the most amazing locations in Sydney you have a responsibility to use it to the full potential and you’re not. Ghost tours are not enough. I understand it’s heritage listed which makes life tricky, but come on. So many people don’t know about this hidden gem. 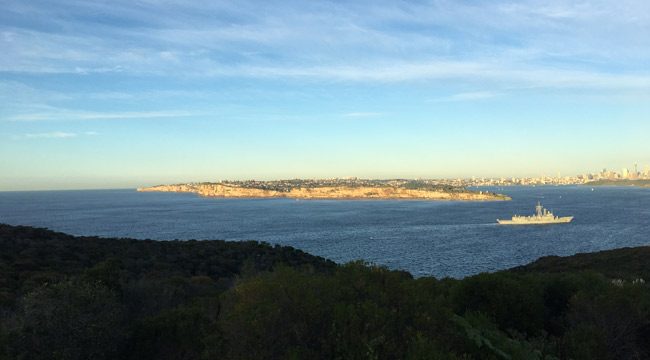 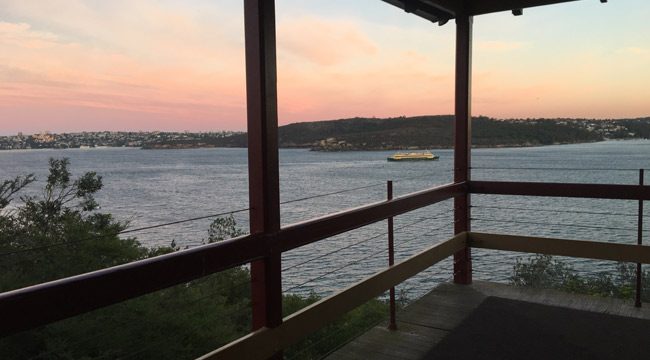 The views from Q Station

The boiler room is an amazing spot, and like the sea planes at Jonah’s, you should have sea taxi packages shipping people in from the quay. You should have a live Jazz band playing out on the beach on a Saturday afternoon in the summer encouraging people drop in on the ecohopper or jump off a private boat. 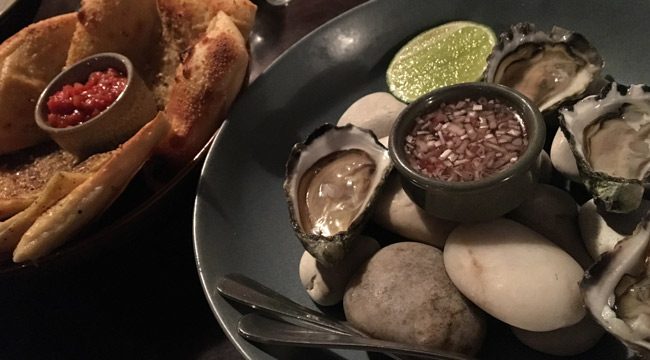 I was staying in room 27 which has a private outhouse! ($669 for 4 nights through Hotels.com) You get given dressing gowns just in case you want to look like an 80-year-old. I opted for PJs. The balcony is shared which means that you do occasionally have some over excited bandicoot hunters disturbing the peace. But don’t worry. They make so much noise they scare the little coots away in no time.

Trust me, get room 27. The outdoor toilet makes the experience funnier and it’s worth it to be this close to this view. Room service cuts out at 9pm so stock up if you want to sit on the balcony after dinner.

Would I live there? Yes I would but it would take me some getting used to. I travel a lot and I can’t imagine what it’s like getting to the airport every second week. Manly used to be pretty bogan and there are some places that still are but I like that too. The ride to work is refreshing and not too long on the fast ferry, and the town itself has a touch of silliness so it’s entertaining.

This week I am heading back into the city and set up at Ovolo on the Wharf at Woolloomooloo. With places like Manta and Otto just moments away, I am sure I am going to see some amazing eastern and western wildlife.

Each week Byron Matthews will review a different Sydney suburb he's always wanted to live in.