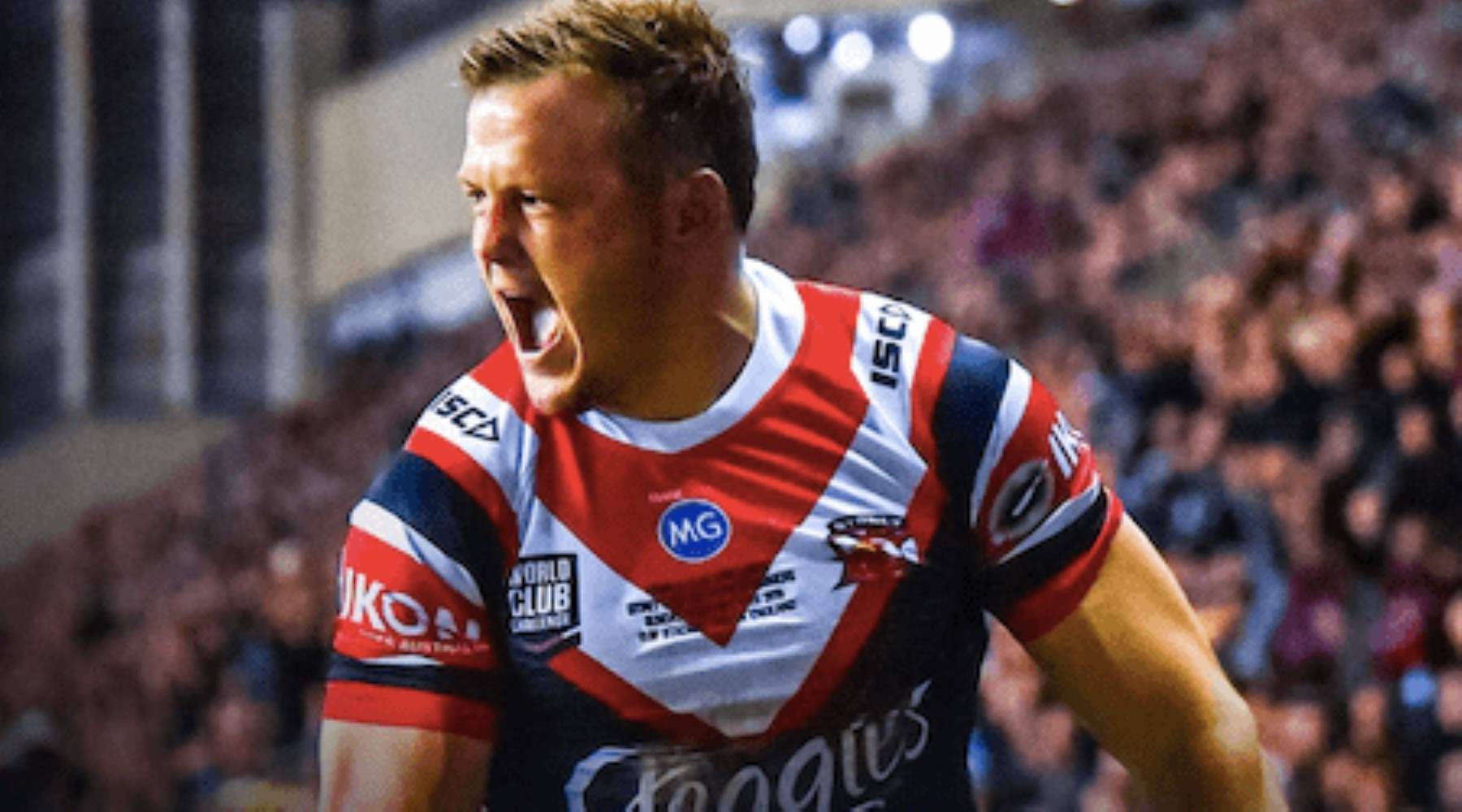 Sydney Roosters vs St Helens is a replay of the first ever World Club Challenge match. The Roosters triumphed that day, will they prove too strong again?

SUMMARY: The World Club Challenge is on both Gem and Fox Sports. You can also stream the game on 9Now. Though your best option to watch live is through Kayo Sports. You can watch Roosters vs St Helens for free using this 14-day trial. This gets you access to all its unique features and 50 additional live sports.

No team has ever won back-to-back World Club Challenge titles. That is what the Sydney Roosters can achieve when they take on St Helens on Sunday morning (AEDT).

The Roosters can also earn a fifth World Club Challenge title overall, which would move them one clear of Wigan on the all-time list. But they will face plenty of resistance from a Saints side that is already three rounds into the new Super League campaign.

There is also a little competition bragging rights on offer for the victor. The Super League and NRL currently boast 13 World Club Challenge titles apiece. The Australian league has been closing the gap, taking out six of the last seven clashes.

When is the World Club Challenge?

The match is being held at St Helens' home ground, the 18,000-capacity Totally Wicked Stadium. It is kicking off at 7:45pm local time on Saturday 22 February (6:45am on Sunday 23 February AEDT).

How to watch the World Club Challenge

Both Channel 9 and Fox Sports are broadcasting this year's World Club Challenge. Free-to-air TV, Foxtel iQ, Foxtel Now and Kayo Sports and NRL Live Pass are all options for the game.

The Nine Network is broadcasting this match on its 9Gem and 9Gem HD channels. Coverage starts from 6:30am AEDT. The match is also available on 9Now.

If you are a sports fan, you need to take a look at Kayo Sports. Right now it has a 14-day free trial so you can give it all a test run. Significantly cheaper than Foxtel, Kayo will set you back $25/month for the Basic subscription and $35/month for the Premium option.

Kayo only shows sport and carries the FOX LEAGUE channels that are showing the World Club Challenge on Foxtel. Rugby league is just one of more than 50 sports it broadcasts and it's all in high definition. They also have every single game of the NRL season live in HD.

The platform is compatible with Android, iOS, Apple TV, Telstra TV, Android TV and Samsung TV (2017 or later), Sony Bravia TVs, Mac and PC as well as Chromecast and AirPlay.

History of the World Club Challenge

First held at the SCG back in 1976, that match proved a one-off as the concept wasn't staged again until 1987. Held 6 times from 1987–1997, it has now been played every year since 2000. The Roosters are a perfect four from four in World Club Challenge attempts, level with the Wigan Warriors for all-time victories. It has been contested in Australia, New Zealand and the UK, with the vast majority held across Britain. That includes matches at famous football grounds Anfield (1991) and Old Trafford (1989).

Who will win the World Club Challenge?

Roosters coach Trent Robinson is sure to be using this match as a key part of his plans for an assault on a third straight NRL title. But with captain Boyd Cordner among the players sitting out and St Helens already well into their season, we're tipping the UK outfit to spring a bit of an upset on home soil.