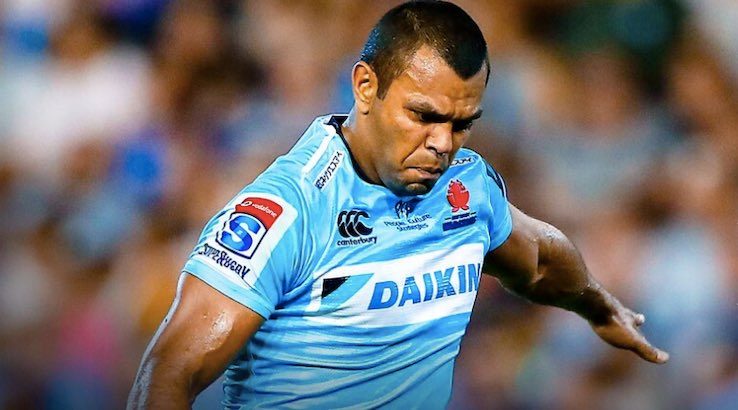 It's the Waratahs vs Blues and Australia vs New Zealand in an important early Super Rugby showdown for the 2020 season. Here's how to watch it live.

The Waratahs had the hardest assignment in Super Rugby to open the 2020 season – facing the Crusaders away. It duly resulted in a 43-25 loss to the reigning champions.

Now they will attempt to avoid consecutive defeats to a Super Rugby campaign for the first time when they meet the Aucklanders. The Blues are also coming off a 37-29 loss to the Chief.

When is the Waratahs vs Blues Super Rugby match?

Kick-off is at 7:15pm AEDT at Newcastle International Sports Centre. The Waratahs will continue to spread their designated home games around once more this season while the Sydney Football Stadium is being rebuilt.

How to watch Waratahs vs Blues Super Rugby match

We have compiled a full breakdown of how to follow this year's Super Rugby season so you don't need to miss a minute of the action. The conferences, finals format and schedule are all there. Kayo Sports, Foxtel iQ and Foxtel Now are your viewing options for live Super Rugby. Kayo Sports offering special viewing features and live streams on the go.

Kayo Sports has every game of the 2020 Super Rugby season live and in HD. If you are yet to check it out, they have a 14-day free trial. We have a full review of Kayo here.

Rugby is just one of more than 50 sports on offer on Kayo. A Basic Subscription costs $25/month and you can watch on 2 screens or devices at once. A Premium Subscription is $35/month and gives you an additional screen to watch all the action.

Kayo also has a number of special features, such as Kayo Minis available shortly after matches finish. Other features include SplitView, where you can watch 4 sports at once, Interactive Stats and Key Moments.

It is compatible with Android, iOS, Apple TV, Telstra TV, Android TV and Samsung TV (2018 or later), Sony Bravia TVs, Mac and PC as well as Chromecast or AirPlay.

Who will win Waratahs vs Blues Super Rugby match?

The Waratahs are well and truly going through a rebuilding phase under new coach Rob Penney. The Blues, meanwhile, have a horror injury toll in just week two of the new season. It's a tight match to pick, but we'll just give the edge to the Tahs in Newcastle – with zero confidence.

Sydney FC and Jeonbuk are in desperation mode as they square off in a crucial AFC Champions League clash.

The Super Bowl champion Kansas City Chiefs have an NFL score to settle against the Las Vegas Raiders.

Fiji are taking on the northern hemisphere’s best rugby teams in the inaugural Autumn Nations Cup.

Tyson, Tszyu, Gallen: Main Event has some huge fights ahead and once again you can secure them via Kayo Sports.