How to watch the US Open golf final round live stream in Australia: Tee Times, Leaderboard 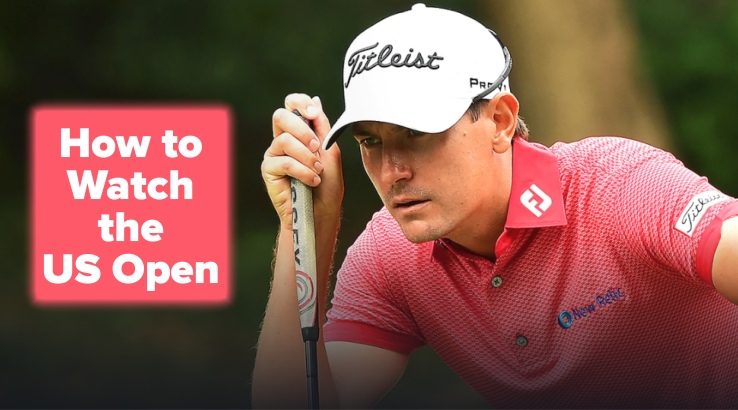 The US Open final round takes place in the early hours of June 17 and golf fans can live stream all the action for free. Here's your complete guide.

Note: Final Round US Open tee times and leaderboard at the bottom of this article. It's set to be a huge day, with Gary Woodland and Justin Rose neck-and-neck for the title.

The world's best golfers are gearing up for the 119th edition of the US Open Championship, which takes place this year in Pebble Beach, California. The man to beat is two-time defending champion Brooks Koepka, who enters the competition as the top-ranked player in the world following his win at the PGA Championship back in May. If he pulls off another victory, he will become only the second player (and the first in more than a century) to win three US Open titles in a row.

The US Open Championship is the third of the four major golf championships for 2019 and will take place between 13 and 16 June (14–17 June AEST) at the Pebble Beach Golf Links in California. Regarded as one of the most beautiful courses in the world, the venue makes for an excellent backdrop as a host of brilliant players battle it out for the grand prize. Besides Koepka, you will be able to live stream US Open contenders like Tiger Woods, Dustin Johnson, Patrick Cantlay, Rory McIlroy and Jason Day.

Regardless of who you're supporting, you can live stream the US Open in Australia on your favourite device or watch it on a big screen TV. Here are all your options on how to watch the US Open golf:

Are all the rounds of the US Open broadcast in Australia?

Kind of. Every round will be available both live and on demand on Foxtel and Kayo Sports via the FOX SPORTS 503 channel from the halfway point. Only Kayo Sports broadcasts any golf from the first half of every round using its Featured Groups broadcast. We detail this below.

When does the US Open golf start in Australia?

Given the time difference between Australia and California, you may need to sacrifice sleep in order to watch all of the US Open live. The full US Open Championship coverage begins on Foxtel and Kayo Sports (see comparison below) on Friday 14 June at 5am AEST. The coverage ends at 12:30pm AEST. The following rounds are slightly different as per the table below.

As mentioned, 5am AEST is actually the halfway point of each day's play. The round itself begins at 11:45pm (AEST) on Thursday 13 June. Thankfully, rather than completely missing all of this early morning play, Kayo Sports does follow featured groups between 11:45pm and 5am. These groups are selected to match the popularity of the players involved.

If you're not an early riser, don't worry, replays will be available on both platforms from 3:30pm, or you can access specific content on demand.

If you don't have a pay TV subscription, you can watch the US Open Championship online with Kayo Sports, the streaming service that broadcasts competition and events from more than 50 sports.

Every round of the US Open will be live streamed from the halfway point, with replays available on demand to watch whenever you want. In addition, the Featured Groups feature gives you a chance to watch the best players from the first half of each round play as well. Kayo Sports costs $25/month for a Basic subscription, which allows you to watch on two screens at the same time; or $35/month for a Premium subscription, which supports three simultaneous streams.

The good news: new users get a 14-day free trial, so you have two weeks to test-drive the platform and see if it's for you. Consequently, you can sign up now and watch the US Open Championship completely free. There's plenty more golf being broadcast during this period, too, which can explore on our global golf calendar.

The service is compatible with computers, smartphones, tablets, Telstra TV, Android TV, Apple TV and ChromeCast – the latter is the best way to watch Kayo on your TV. There are no contracts, so you can cancel your subscription anytime.

Also in Kayo Sports' favour are a host of unique viewing features only available through this service. This includes:

How to watch US Open golf on Foxtel

The US Open Championship airs on FOX SPORTS channel 503 in Australia, so Foxtel IQ subscribers can watch every round on their TV by adding the premium Sport pack to their account. This will also give you access to the Foxtel GO app, which will live stream the US Open to your laptop or mobile device. The app is free with any Foxtel subscription.

Unfortunately, the minimum cost of watching the US Open through Foxtel IQ in HD is $68 for the month.

Alternatively, fans can also live stream the US Open with Foxtel Now, the service which enables you to watch Foxtel channels via the Internet. Again, you will need the premium Sport pack, which costs an additional $29/month on top of the base Essentials pack. So the total cost of the month will be $54/month.

As it loses out on price, viewing features and the Featured Groups bonus to Kayo Sports, Foxtel best serves golf fans who also want to watch non-sport programming (like Game of Thrones and Selling Houses Australia).

Is the US Open on free-to-air TV in Australia?

Unfortunately, no. The only way to watch is to get either a Foxtel or Foxtel Now subscription with the Sport channel pack or to sign up for Kayo Sports.

Which Australian golfers are contesting the 2019 US Open Championship?

Australia is strongly represented at the US Open in 2019, with 10 players teeing off in Round 1. Here are the names to cheer on:

US Open Final Round tee times

Coverage of the tournament in Australia kicks off on Friday at 5am on Foxtel and Kayo Sports. Featured Groups will be broadcast on Kayo Sports during the play earlier in the day. Keep track of all the tee times as the US Open progresses, but below you'll find the times you need to know specific to Round 3.

US Open Leaderboard after Round 3

Where to watch Suicide Squad online in Australia

Meet the worst heroes ever.

Coming to Australia on a 651 Visa? Find out…

Tesla is splitting its stock 5-for-1: Here’s what it means for investors

SPONSORED: Tesla shares are soon going to be…