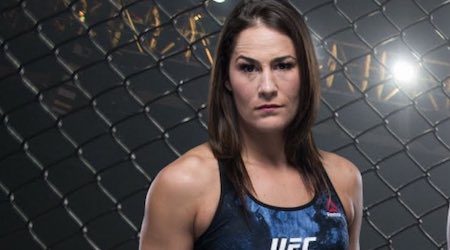 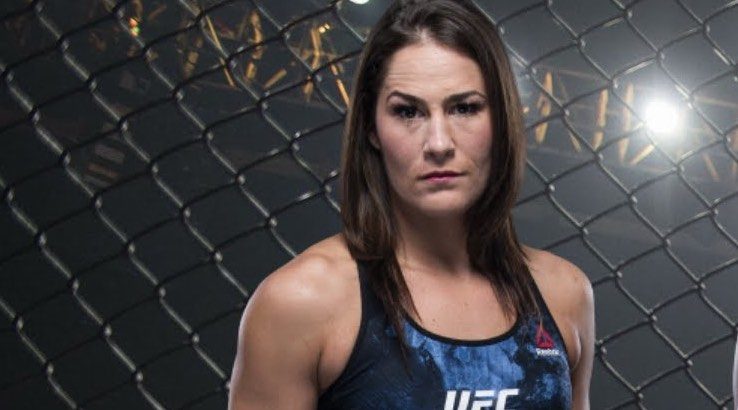 The UFC juggernaut continues in Las Vegas with flyweights Jessica Eye and Cynthia Calvillo headlining the latest UFC Fight Night. This is how you can watch.

President Dana White has fulfilled his vow to get UFC cranking again during the coronavirus pandemic. Successful events have been held in Jacksonville and Las Vegas and that continues with UFC Fight Night: Eye vs Calvillo.

Again using the purpose-built UFC Apex facility, top-ranked Jessica Eye and Cynthia Calvillo are facing off in a women's flyweight clash that is the main event. There is also a co-main event between middleweights Marvin Vettori and Karl Roberson.

When does UFC Fight Night: Eye vs Calvillo start?

The preliminary card gets underway at 8am AEST on Sunday 14 June in Las Vegas with 6 fights. The main card commences at 11am AEST with a further 5 clashes.

How to watch UFC Fight Night: Eye vs Calvillo

ESPN is the home of UFC Fight Night: Eye vs Calvillo. That means Foxtel iQ, Foxtel Now, Kayo Sports and UFC Fight Pass are your viewing options. If you don't have a Foxtel subscription, Kayo is the best pick. We have compiled a complete viewing guide for the UFC for you.

If you are yet to try Kayo Sports, it has a 14-day free trial for new users to check it out. That means you can watch UFC Fight Night and much more for zero cost before deciding if the service is right for you.

Typically covering more than 50 sports, including NRL, Kayo has a range of special features for you to enjoy. SplitView allows you to watch four events on the same screen. Interactive Stats, No Spoilers, Key Moments and Kayo Minis are other options.

Once you decide to sign up, Kayo starts from $25/month for the Basic subscription, which gives you access to 2 screens or devices. It also has a Premium subscription that gives you another device for $35/month.

Foxtel Now is the pay TV operator's digital streaming service. To access it, you need to subscribe to the Essentials pack in addition to the Sports pack, a total cost of $54/month. If you haven't tried it yet, Foxtel Now offers a 10-day free trial. We also have a full guide for you which includes the list of compatible devices.

UFC Fight Pass is the organisation's own streaming service. You can pay either $10.99 per month or $104.99 for a discounted annual pass. That gives you access to every UFC event, including pay-per-view. It's compatible with smartphones and laptops, Xbox One and Xbox 360, Apple TV, Chromecast, Roku, Samsung and LG Smart TVs.

Who will win Eye vs Calvillo?

This is the first main event for both combatants and it will be interesting to see how they handle the spotlight. That is especially so for Calvillo, an up-and-coming fighter with an 8-1 record plus 1 draw. That draw was in her last bout in December last year against Marina Rodriguez.

Calvillo is likely to have her hands full with Eye, who is the top-ranked flyweight contender. The 33-year-old is 15-7 for her career, including wins in 4 of her last 5 bouts. Her only loss in that span was a Championship showdown with current holder Valentina Shevchenko at UFC 238. We're leaning towards Eye continuing her pursuit of a UFC belt.