How to watch UFC Fight Night: Edgar vs Munhoz live and free | Finder

How to watch UFC Fight Night: Edgar vs Munhoz live and free in Australia 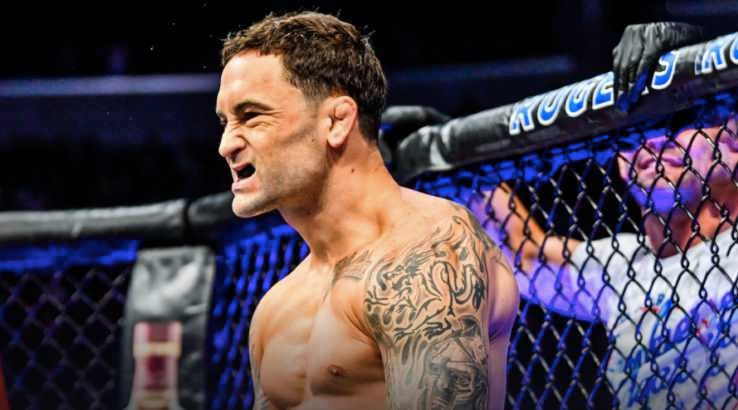 SUMMARY: UFC Fight Night Edgar vs Munhoz is exclusive to ESPN and Fight Pass. So unless you're a Foxtel or Fetch subscriber already your best option is to stream live on Kayo Sports. You can watch for free using this 14-day trial.

UFC Fight Night: Edgar vs Munhoz, also known as UFC on ESPN 15, pits long-time bantamweight Pedro Munhoz against Frankie Edgar, who is making his debut in that class.

The fourth of five scheduled fights in August at the UFC Apex in Las Vegas, it has a stacked 11-fight card at the time of writing.

Veteran Ovince Saint Preux also takes on Alonzo Menifield in a light heavyweight bout which is the co-main event on the night.

When is UFC Fight Night: Edgar vs Munhoz?

The preliminary card gets underway at 7:30am AEST on Sunday 23 August in Las Vegas with 7 fights. There are 4 more bouts on the main card, which kicks off at 10:30am AEST. You can see a full breakdown of the UFC schedule here.

How to watch UFC Fight Night: Edgar vs Munhoz

ESPN is the host broadcaster of UFC Fight Nights. That means Foxtel iQ, Foxtel Now, Kayo Sports, UFC Fight Pass and Fetch TV are all viewing options. We have a viewing guide for the UFC for you. If you don't already have a subscription to Foxtel, Kayo is the smart choice.

If you are yet to try Kayo, it has a 14-day free trial for new users. That means you can watch all the action of this UFC Fight Night and much more for zero cost.

Offering users more than 50 sports, including NRL and AFL, Kayo has a range of special features for you to enjoy. SplitView allows you to watch four events on the same screen. Interactive Stats, No Spoilers, Key Moments and Kayo Minis are also options.

After that, Kayo starts from $25/month for the Basic subscription, which gives you access to 2 screens or devices at once. It also has a Premium subscription that gives you a third device for $10 more per month.

Foxtel Now is the pay TV operator's digital streaming service. To access Foxtel Now, you need to subscribe to both the Essentials pack and the Sport pack, which costs a total of $54/month. Foxtel Now also has a 10-day free trial.

The MMA leader also has its own streaming service, UFC Fight Pass. You can sign up to Fight Pass for either $10.99/month or $104.99 for a discounted annual pass. It's compatible with smartphones and laptops, Xbox One and Xbox 360, Apple TV, Chromecast, Roku, Samsung and LG smart TVs.

Who will win UFC Fight Night: Edgar vs Munhoz?

Frankie Edgar is building up some resume across a variety of UFC weight divisions. Claiming the lightweight championship way back in 2010, he defended it three times before finally handing the belt to Benson Henderson almost two years later.

The American dropped to featherweight and has a mixed record there, including losing a title fight to Jose Aldo on debut in 2013, and he now makes his first bow at bantamweight. All told, the 38-year-old has a 23-8 record in the UFC.

While Edgar, who calls himself "The Answer", has been bouncing around divisions, Munhoz has carved out a long career as a bantamweight. Making his professional debut back in 2009, he reeled off 10 consecutive wins before joining the UFC in 2014.

Munhoz (18-4 record) is yet to earn a UFC title fight. But the fifth-ranked bantamweight could take another step towards that goal with a win over Edgar. This is a tight one to call but we're leaning towards Munhoz taking advantage of this opportunity and moving onto potentially bigger nights ahead.