How to watch UFC Fight Night 174: Whittaker vs Till live and free in Australia 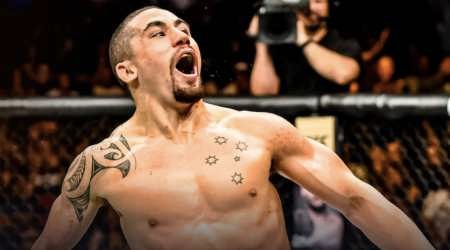 Australia's Robert Whittaker tries to get back on track against fellow UFC middleweight Darren Till. This is how to follow the action.

SUMMARY: UFC Fight Night 174 is live and exclusive to ESPN and Fight Pass. That means the best-value-for-money option to watch Whittaker vs Till live is through Kayo Sports. You can watch the entire card for free using this 14-day trial.

Former UFC middleweight champion Robert Whittaker returns to the Octagon. The Australian has only fought once in the past two years, largely due to a variety of injuries and illnesses. That fight was when he lost his middleweight belt to Israel Adesanya in UFC 243.

He takes on Englishman Darren Till, who has lost two of his past three fights, including a welterweight title shot against Tyron Woodley. But the 27-year-old won his last bout, a middleweight fight against Kelvin Gastelum in November 2019.

When does UFC Fight Night 174: Whittaker vs Till start?

This exciting line-up of fights gets started at 7am AEST on Sunday 26 July, with 8 bouts on the preliminary card. The main card then commences at 10am AEST with a further 7 fights.

How to watch UFC Fight Night 174: Whittaker vs Till

In Australia, you can catch the UFC Fight Nights on ESPN. To see all the action of Whittaker vs Till, Foxtel iQ, Foxtel Now, Kayo Sports, UFC Fight Pass and Fetch TV are all options. We have a complete viewing guide for the UFC.

If you are new to Kayo Sports, it has a 14-day free trial. That means you can catch Whittaker vs Till and so much more for zero cost before deciding if the service is right for you. For more information you can check out our Kayo Sports review.

After the trial period, Kayo costs $25/month for the Basic subscription, which gives you access to 2 screens or devices at once. You can also opt for a $35/month package that gets you a third device.

Kayo has a range of special features for you to enjoy. SplitView allows you to watch four events on the same screen. After the UFC on Sunday, you could watch NRL, Super Rugby and AFL all at the same time. Interactive Stats, No Spoilers, Key Moments and Kayo Minis are also options.

How to watch UFC Fight Night 174 via Foxtel Now

Foxtel Now is the pay TV operator's digital streaming service. It will cost you $54/month as you need to subscribe to both the Essentials pack and the Sport pack, but it costs more than Kayo. Foxtel Now does have a 10-day free trial. We also have a full guide to Foxtel Now's devices.

Another option is signing up to the MMA giant's own service, UFC Fight Pass. It comes with 2 subscription models: $10.99/month or $104.99 for a discounted yearly pass. It's compatible with smartphones and laptops, Xbox One and Xbox 360, Apple TV, Chromecast, Roku, Samsung and LG smart TVs.

Who will win UFC Fight Night 174: Whittaker vs Till?

Fight fans are keen to know which Whittaker (20-5 record) will turn up for this fight. Will it be the brutal striker that won nine straight fights to claim the middleweight belt? Or the version that lost a one-sided fight to Adesanya after a series of health concerns?

In Till (18-2), he faces a dangerous opponent with lofty dreams in the middleweight division. But we'll give Whittaker another chance of reclaiming his best and reigniting his career.