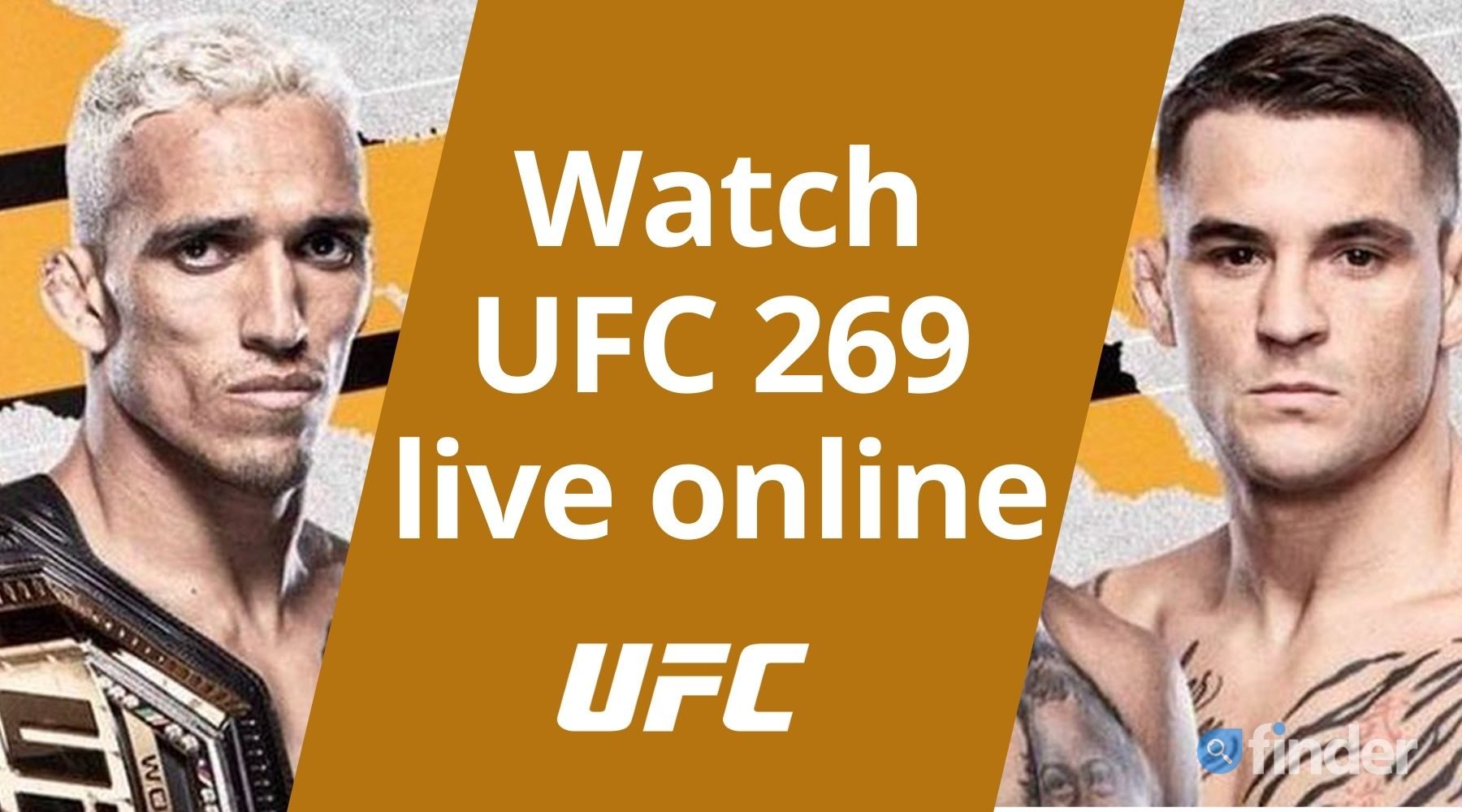 SUMMARY: You can watch the UFC 269 preliminary rounds for free on any device with Kayo Sports by using this 14-day trial. You can then purchase the main card through Main Event on Foxtel or Main Event on Kayo Sports.

Lightweight champion Charles Oliveira will defend his crown for the first time against the man who has won over fight fans in recent times, Dustin Poirier. That has been largely thanks to his beatings of the mouth that is Conor McGregor in his 2 most recent bouts.

The fight headlines a mega night of UFC action with 2 titles on the line. Women's UFC great Amanda Nunes defends her bantamweight title against Julianna Peña in the co-main bout. A third title fight was also on the cards – a flyweight bout between Brandon Moreno and Deiveson Figueiredo – only for injury to postpone that trilogy match-up.

Still, we have a wonderful fight card on our hands with easily the 2 best lightweight fighters in the world set to go at it as well as rising bantamweight star Sean O'Malley and Cody Garbrandt in his flyweight debut in the final UFC event of the year.

When is UFC 269 Oliveira vs Poirier?

Catch all the action of UFC 269 live from T-Mobile Arena in Las Vegas on Sunday 12 December. It all gets started at 10:15am AEDT with the early prelims. The main card gets underway at 12pm AEDT.

How to watch UFC 269 Oliveira vs Poirier

There are a range of viewing options for UFC 269. ESPN is showing the preliminary card, while the main card is exclusive to pay-per-view on Main Event. You can see our complete guide to watching the UFC here.

The prelims are on ESPN, which means you can follow along with Foxtel, Kayo Sports, Foxtel Now, Fetch TV and UFC Fight Pass. Among these options, Kayo is the pick for live sport.

Stream Kayo for 2 months for just $5

Get Kayo Sports' Basic or Premium plan and over 50 sports live for just $2.50 a month for 2 months. Ends 13 December.

It is offering a 14-day free trial so you can see if Kayo is right for you. Right now there is also a deal where you can get Kayo Sports for 2 months for just $5 in total, only until 13 December.

Kayo boasts a range of features and is compatible with iOS and Android devices, PCs, Mac, Android TV, Telstra TV, Apple TV, Samsung TV (2017 model or later), LG TV, Chromecast and AirPlay. You can check out our full Kayo review for more information.

How to watch Oliveira vs Poirier UFC 269 main card

When it comes to the 5-fight main card, Main Event on Foxtel, Main Event on Kayo Sports, UFC Fight Pass, Fetch TV and PS4 and PS5 are the exclusive providers. You will need to purchase the fight to watch it live or catch a replay. Read on to find out more about watching the UFC 269 main card.

New, returning or existing Kayo Sports customers have an opportunity to secure this massive fight directly through Main Event.

Using this link mainevent.kayosports.com.au, you can sign up and watch it through your usual Kayo platform.

All the information you need getting Main Event on Kayo can be found here.

How to watch UFC 269 with Main Event

If you have a Foxtel subscription, UFC 269 will set you back $54.95. You can place an order via the Main Event website, using the My Foxtel app, your Foxtel remote or over the phone. You can also order the fight if you have Optus TV featuring Foxtel, over the phone only. Ordering through a phone agent will incur an additional $2 booking fee.

The UFC's official website is another option for watching the fight. It will cost you $54.95 through UFC Fight Pass. You can sign up to Fight Pass for $10.99 a month or $104.99 for an annual pass, but you still need to purchase the fight separately.

How to watch Oliveira vs Poirier on PlayStation

If you have a PlayStation 4 or PS5 console, look for Live Events in the PS Store. Once you have purchased the fight you can watch it through the "videos" menu. It is $54.95 or $49.95 for PlayStation Plus members.

How to watch UFC 269 with Fetch TV

Oliveira vs Poirier will also cost you $54.95 with Fetch TV. Using your Fetch box, go to "manage" and then "subscriptions". Once you have made the purchase you can watch it on TV or your mobile with the Fetch app.

Who will win UFC 269 Oliveira vs Poirier? 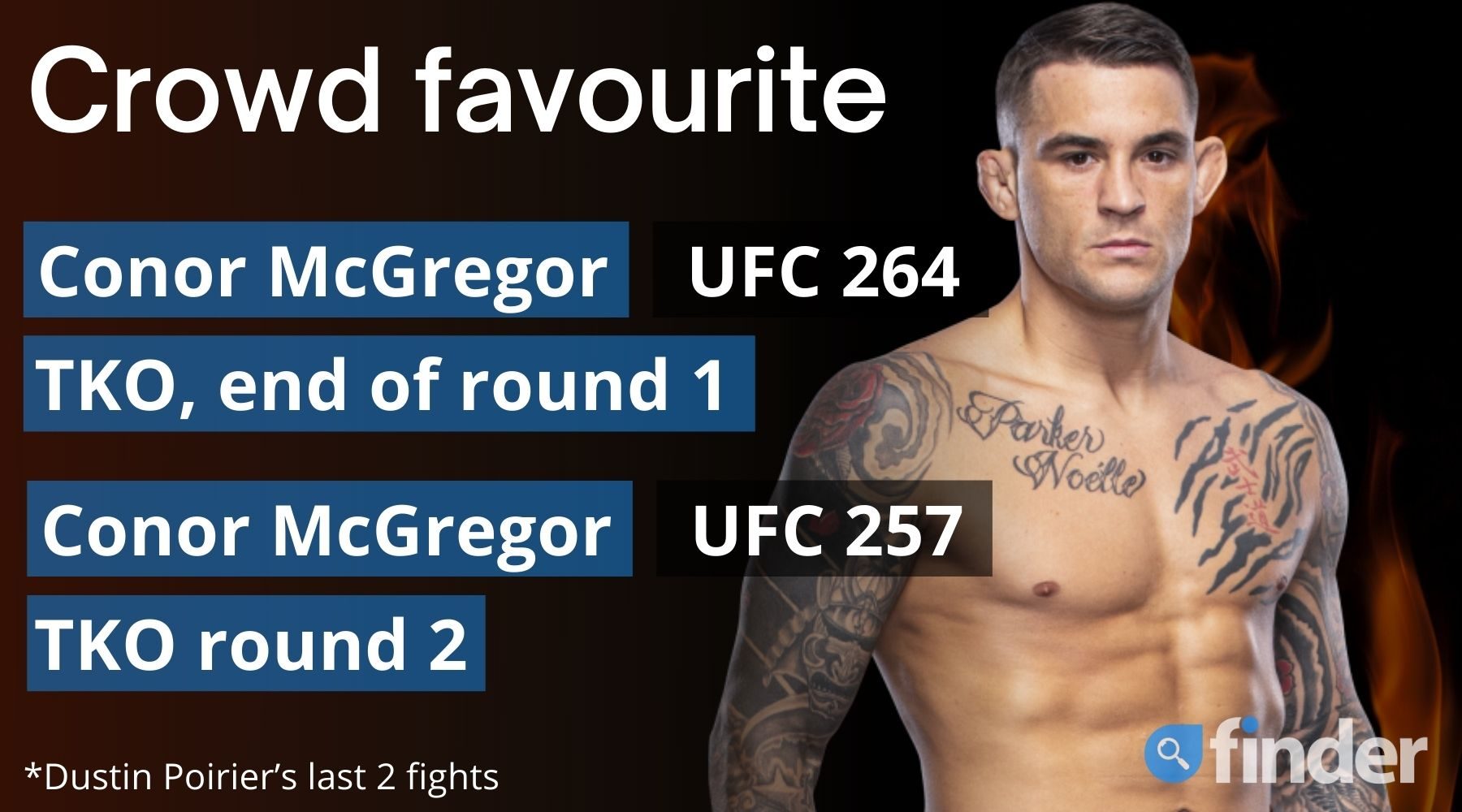 They are the 2 best lightweights in the game. Of that there is no doubt. Oliveira, 32, has had to bide his time to reach the top. Poirier has become a crowd favourite with his wins over McGregor.

Oliveira has won his last 9 bouts, his last coming with the second-round TKO win over Michael Chandler at UFC 262 to claim the belt. Of the wins, 8 have come inside the distance showing the sensational form he has hit.

This should be a very even bout. It is, after all, the UFC's eighth-ranked pound-for-pound fighter (Oliveira) in all divisions versus its fifth (Poirier).

Poirier has faced the better fighters in his career with wins against not only McGregor but also top-10 fighters Justin Gaethje and Dan Hooker.

Tactics will play a huge part. Brazilian Oliveira is a takedown specialist, something that should suit Poirier who has shown a tendency to be able to defend against takedowns. Poirier will want to keep the fight standing, where his advantage lies. Still, that's not a tactic Oliveira hasn't seen and coped with before.

Should the fight hit the ground, we think it'll be a victory for Oliveira. Should Poirier get to stand and box, it's advantage for him. That's how even this bout is. It'll come down to which man gets it on his terms and then executes those terms the better.

This is a fight hard to predict and certainly one worth watching.