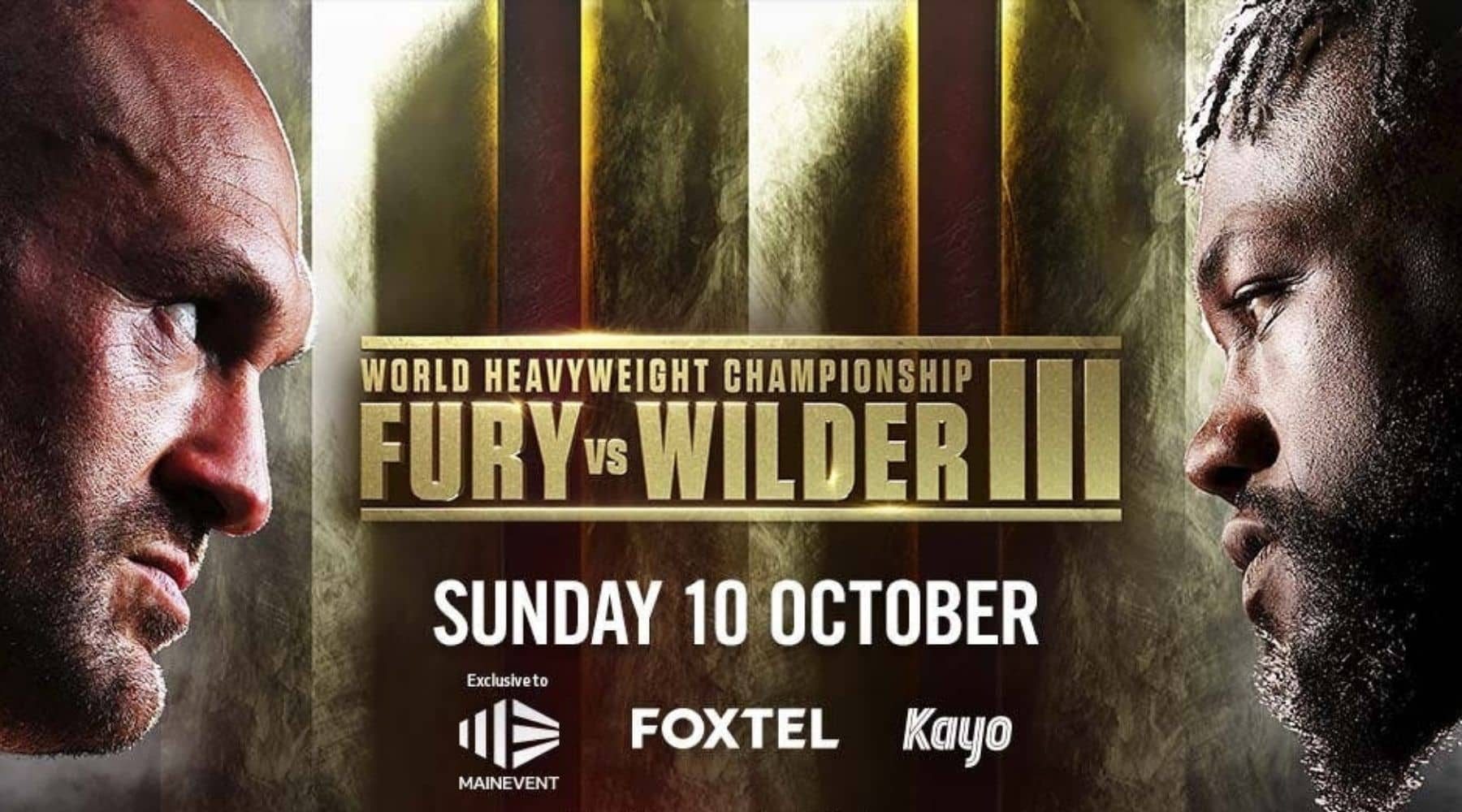 Heavyweight boxing returns to centre stage with Tyson Fury and Deontay Wilder set to slug it out for a third time in Las Vegas.

SUMMARY: You can purchase Fury vs Wilder 3 through Main Event on Foxtel or Main Event on Kayo Sports The action starts at midday AEDT on Sunday 10 October.

The 2 giants of the heavyweight division are scheduled to slug it out in a 12-round fight with Tyson Fury's WBC and lineal Heavyweight belts up for grabs in his clash with Deontay Wilder.

This third encounter between the division's best boxers had been scheduled for July but was postponed when Fury tested positive for coronavirus.

After their first fight was declared a draw, Fury won their second bout with a seventh round TKO, handing Wilder the only defeat of his career. Now it's all on the line as Fury sets out to prove he is the best heavyweight of them all.

When is Fury vs Wilder 3?

The third Fury-Wilder fight takes place at the T-Mobile Arena in Las Vegas, with the card set to get underway from 12pm AEDT on Sunday 10 October.

How to watch Fury vs Wilder 3 live in Australia

This trilogy bout is undoubtedly one of the biggest boxing events of the year. In Australia the event is live and exclusive on Main Event pay-per-view, which you can access through Main Event directly or via Kayo Sports.

How to watch Fury vs Wilder 3 with Main Event

If you are already a Foxtel customer, there are a few ways to order the fight. You can access it from the Main Event website, using the My Foxtel app, via remote or over the phone. It costs $59.95 and will also be replayed a number of times after the event has finished.

Using the Main Event on Kayo Sports link, you can sign up to watch this huge bout on Kayo Sports. One of the perks of this option is it can be used by new, returning or current Kayo users. You don't necessarily have to be a subscriber.

You can also download the Kayo Sports app and access the fights that way. The event will also cost you $59.95 using this option.

Who will win Tyson Fury vs Deontay Wilder 3? 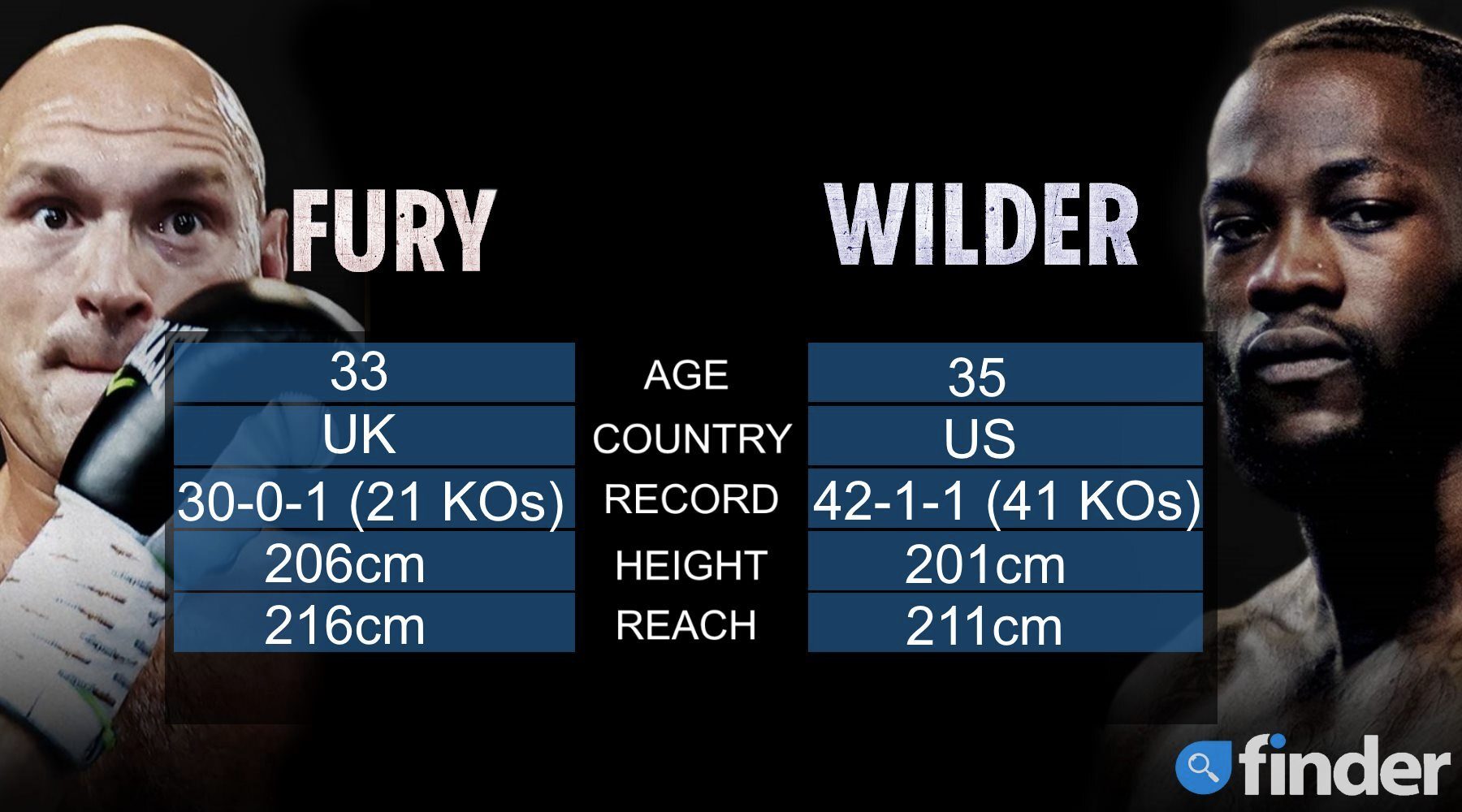 The Gypsy King, that's Fury, remains undefeated and enters this fight having dominated Wilder the last time the pair met. Experts seem to think he'll do the same again this time.

However, Wilder is the knockout king of knockout kings, and he did floor Fury in their first bout. If he lands the right punch, he's a threat. In pre-fight promotions, the 35-year-old American has promised to do exactly that. Fury, of course, has laughed off that happening.

What is certain is this will be a bruising affair between 2 men who possess massive punching power and know each other's game intimately. Fury should get it done again, but his opponent is much more than a chance come fight time.