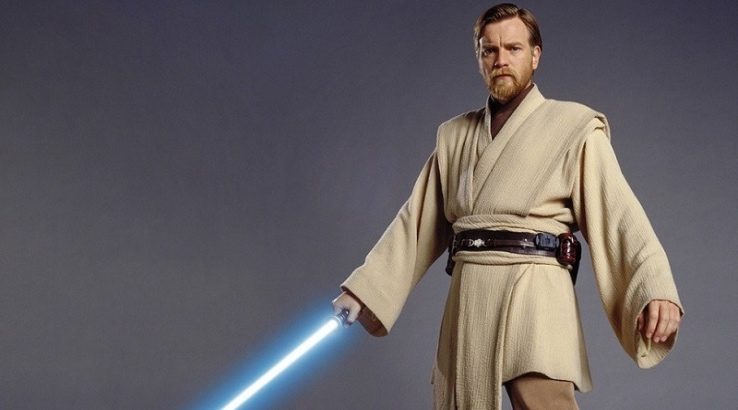 Ewan McGregor is all set to reprise his role as the titular character.

After waiting years for an Obi-Wan Kenobi solo movie, fans are finally getting their wish, although in the form of a miniseries that will stream on Disney+. It's not clear yet when the new show will drop on the new streamer, but we anticipate it will be worth the wait.

Disney+, already available in the US, is launching in Australia on 19 November. The media giant had some issues during the US launch due to high demand, but we're hoping that all glitches will be fixed by the time Disney+ arrives Down Under. With such a vast content library, there's plenty to look forward to.

Besides content from Disney itself, Disney+ will also offer titles from Pixar, Lucasfilm, National Geographic, 20th Century Fox and Marvel. All for $8.99/month with a 1-week free trial. New shows and movies exclusive to the platform include The Mandalorian, High School Musical: The Musical: The Series, Lady and the Tramp and Noelle, to only name a few.

But Disney isn't stopping there. In fact, plenty of projects are still in development, including the Star Wars miniseries featuring Obi-Wan Kenobi. Here's everything we know about the show so far.

When is the Star Wars Obi-Wan Kenobi miniseries coming out?

The miniseries starts filming next summer in London, so we estimate a pretty long wait. It could arrive in summer 2021 at the earliest, but a premiere date hasn't been set yet. The limited miniseries will reportedly consist of six episodes.

What is the Star Wars Obi-Wan Kenobi miniseries about?

All about Obi-Wan Kenobi, although not a lot details have emerged so far. Disney did confirm though that the story will take place between Star Wars Episode III and Episode IV, more exactly eight years after the events of Revenge of the Sith.

"The Jedi Order was falling apart. It will be interesting to take a character we know in a way and show him – well, his arc will be quite interesting, I think, dealing with the fact that all the Jedi were slaughtered with the end of Episode III. It's quite something to get over," Ewan McGregor said.

Who stars in the Star Wars Obi-Wan Kenobi miniseries?

Ewan McGregor will reprise his role as the titular character. He played Obi-Wan in all three of George Lucas' prequel Star Wars films. You might also know him from Trainspotting, Moulin Rouge or Christopher Robin. McGregor plays the adult version of Dan Torrance in Doctor Sleep and will portray the villain in the upcoming Birds of Prey.

Star Wars Obi-Wan Kenobi miniseries review: Is it any good?

Our bet is that it will be. The first live-action Star Wars series The Mandalorian is getting rave reviews and the show's director, Deborah Chow, is all set to tackle the Obi-Wan miniseries as well. Hossein Amini, responsible for the Ryan Gosling movie Drive and TV show The Alienist is in charge of writing.

Add in the fact that Obi-Wan is one of the most beloved characters in the Star Wars universe and we can expect a show that does him justice.

This solo project was initially supposed to be a movie but was re-imagined as a series, which is actually good news. We'll have more time to spend with the Jedi Master and the writers can set up quite the comprehensive story.

Until the Obi-Wan miniseries finally becomes available, you might want to check out some of the other series that will be available on Disney+ at launch. Star Wars series The Mandalorian should be particularly appealing.

When aliens attack, these guys have your back.

What happens when the bad guy wins?

This family is truly ahead of its time.

Directed by Guy Ritchie, The Gentlemen is clever, well-acted and full of twists.

Take a journey into the beauty, into the danger, into the wild.

A military lawyer defends two Marines charged with murdering a colleague at the Guantanamo Bay Naval Base in Cuba.

The owner-coach-player of the Flint Michigan Tropics rallies his teammates to make their NBA dreams come true.

Face your past. Choose your future.

In this comedy of biblical proportions, God contacts Congressman Evan Baxter and tells him to build an ark in preparation for a great flood.

Have fun with this teen flick set in the world of go kart racing.

The NRL’s annual awards night will have a…

Where to watch Clouds online in Australia