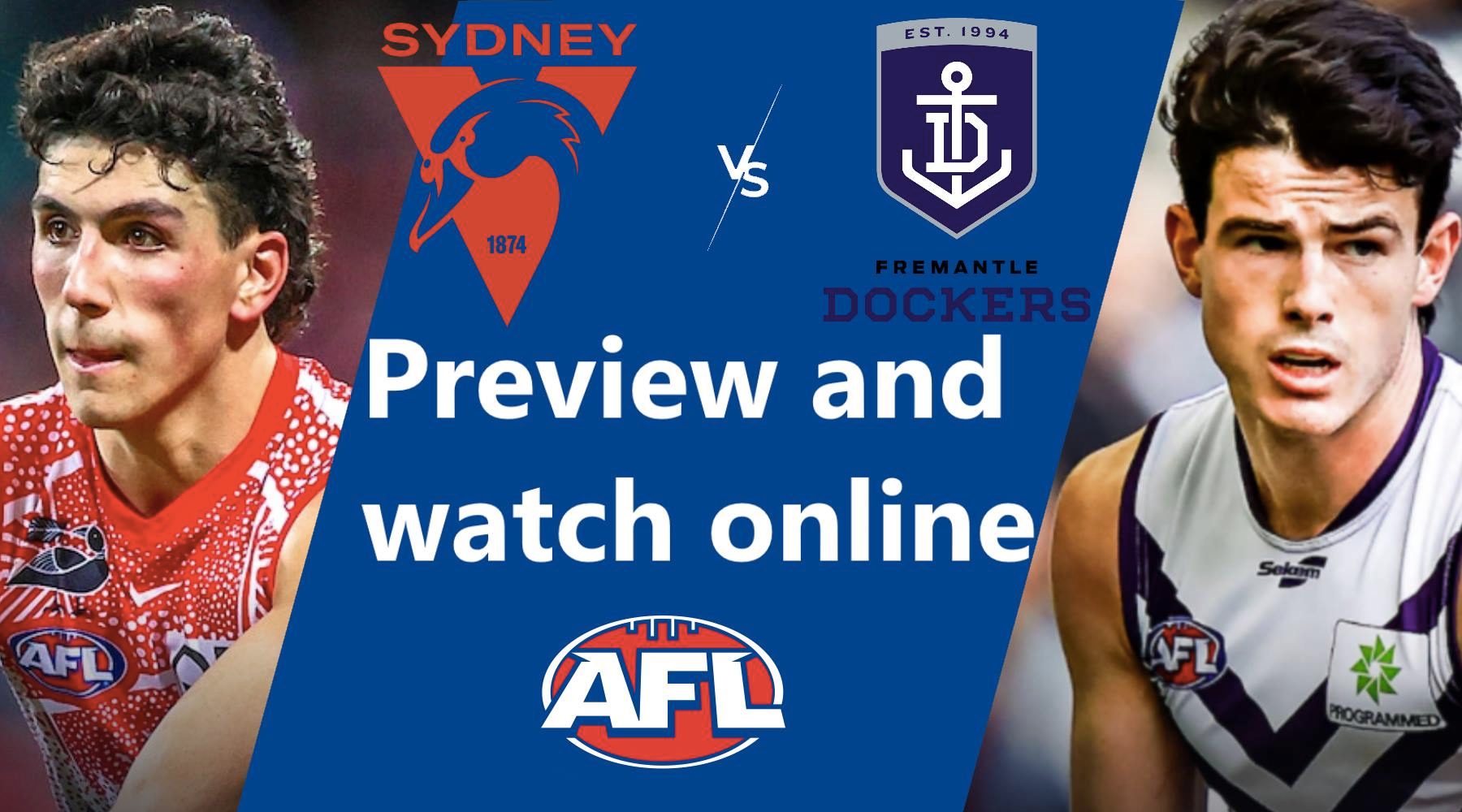 The Swans host the Dockers on the Gold Coast with Fremantle's finals hopes on the line. This is how you can follow the action.

SUMMARY: Swans vs Dockers is live on Channel 7 in NSW and the ACT and on delay into Perth. Everywhere else in the country, it is live on Fox Footy. Unless you're already a Foxtel customer, your best option is to watch live on Kayo Sports. You can watch for free using this 14-day trial.

The Sydney Swans and Fremantle played out a classic in round 9 with the Dockers, led by superstar skipper Nathan Fyfe, getting the points in a thriller.

That win could prove important for the Dockers, who sit on the edge of the finals but need to continue to win as the race for September action heats up.

When is Sydney vs Fremantle?

This whole round of football took until midweek to be confirmed as the pandemic continues to cause issues for professional sport. The opening bounce for this game is at 12:30pm AEST at Metricon Stadium on Sunday 25 July.

How to watch Swans vs Dockers

Channel 7 and Foxtel share the rights to AFL matches in Australia and the broadcasts vary from state to state. As mentioned above Swans vs Dockers is on free-to-air TV live in NSW and the ACT.

In Perth, it is only being shown on Channel 7 a full 4 hours after the opening bounce. So if you're in Western Australia or anywhere else outside NSW and the ACT and want to catch it live, you need access to either Foxtel iQ, Foxtel Now or Kayo Sports.

We have a full guide to watching the AFL season here. Kayo Sports is our pick of the bunch, as it allows you to get Fox Sports without committing to Foxtel.

You can watch Sydney vs Fremantle for free using Kayo's 14-day free trial for new users. After the trial period, a Basic subscription is $25 a month to watch on 2 screens or $35 a month for a third screen. You can check it all out in our Kayo Sports review.

In total Kayo broadcasts more than 50 sports, including NRL, UFC, Formula 1 and much more. It is compatible with Macs and PCs, plus iOS and Android devices, Chromecast, Apple TV, Android TV, Telstra TV, Sony Bravia TV and Samsung TV (2017 or later). 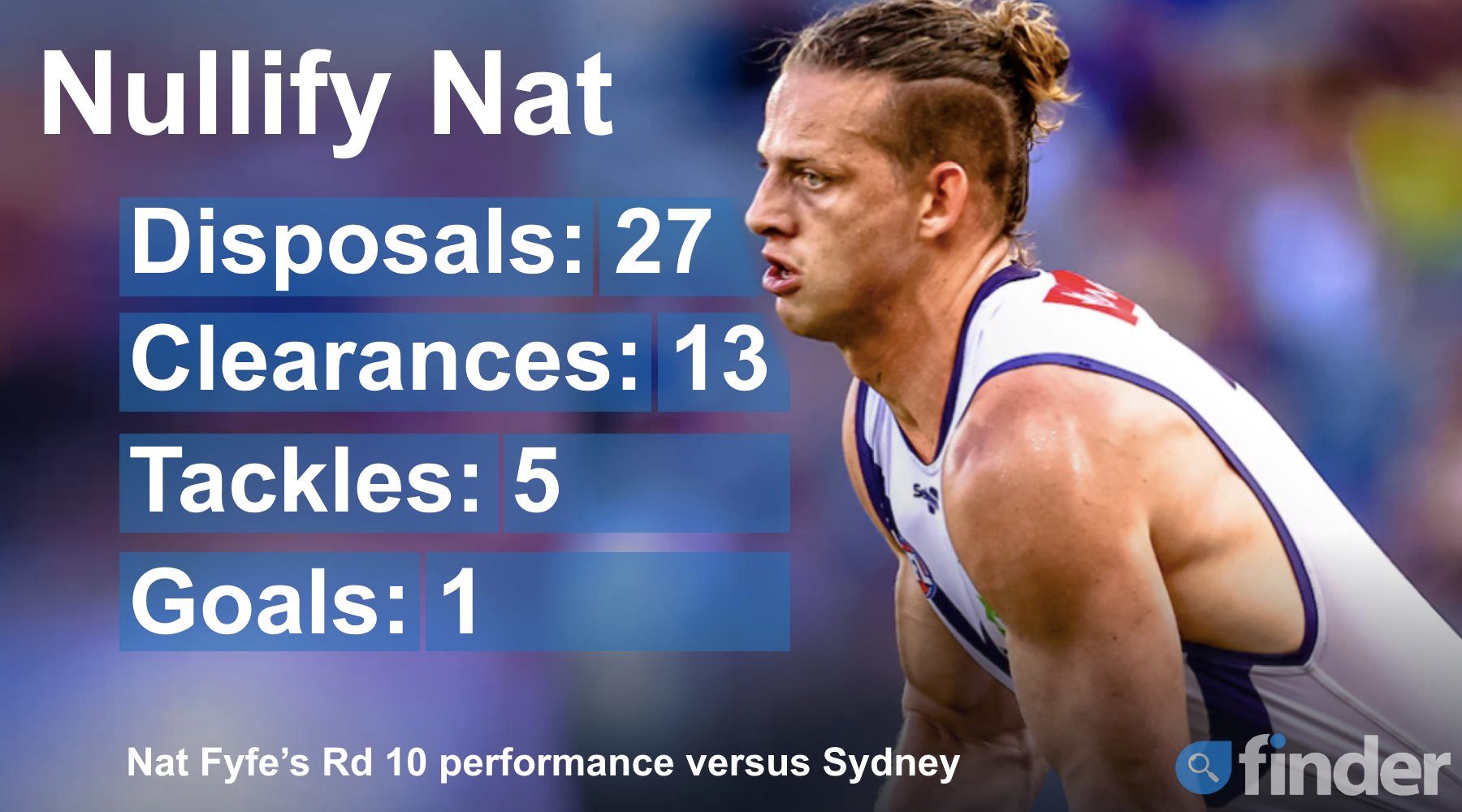 Fyfe was simply outstanding in the Dockers' 2-point win against the Swans back in round 9, helping his team to their third straight victory over the Sydneysiders.

The win came despite the heroic efforts of Sydney talisman Lance "Buddy" Franklin, who delighted the Perth crowd with a showstopping performance. He snagged 6 goals including 3 in the final quarter as he tried to will his team home. It was not enough, though, with Fyfe's 27 disposals, 13 clearances and a goal proving the difference.

Expect the Swans to place a lot of attention on Fyfe this Sunday. They return to the ground they won at in extreme circumstances against the Giants last week. That win left Swans coach John Longmire in tears and has the club within reach of the top 4. We think the tears will come from Fremantle this week. Swans to win.