After dominant recent seasons at the top of the A-League table, Sydney FC are facing a rough period, with Wellington Phoenix up next.

SUMMARY: Sydney FC vs Wellington Phoenix is only on Paramount Plus. You can watch this match and much more content for no cost using the Paramount Plus 7-day free trial.

Sydney FC have their best chance of breaking their A-League season duck this weekend when they host Wellington in round 5. The season has started in disastrous fashion for the Sky Blues, who were premiers in 2020 and runners-up last season. Winless, they have managed just 2 points from their opening 4 games and are languishing in 11th place on the table.

In Wellington, they meet an opponent they enjoy a dominant record over and one also battling for form. The Phoenix sit just 2 places higher on the table with just a solitary win from the opening 4 rounds.

When is Sydney FC vs Wellington Phoenix?

The game takes place at Netstrata Jubilee Stadium in Sydney on Sunday 19 December at 6:45pm AEDT.

How to watch Sydney FC vs Wellington Phoenix

Broadcasting rights for the A-League are now with Channel 10, 10 play and Paramount Plus. Channel 10 is broadcasting a match every Saturday night at 7:30pm AEDT simulcast on the 10 play streaming platform.

For access to every game live and on demand, including Sydney FC vs Wellington, you need Paramount Plus.

Stream Sydney FC vs Wellington Phoenix on Paramount Plus

Paramount Plus was officially launched in August and has a 7-day free trial for new users.

After the free trial period, the platform costs $8.99 per month. There is also a discounted annual subscription that will set you back $89.99.

On top of the A-League, W-League and some Matildas and Socceroos matches, Paramount Plus has loads of TV shows and movies for you to stream.

Who will win Sydney FC vs Wellington Phoenix? 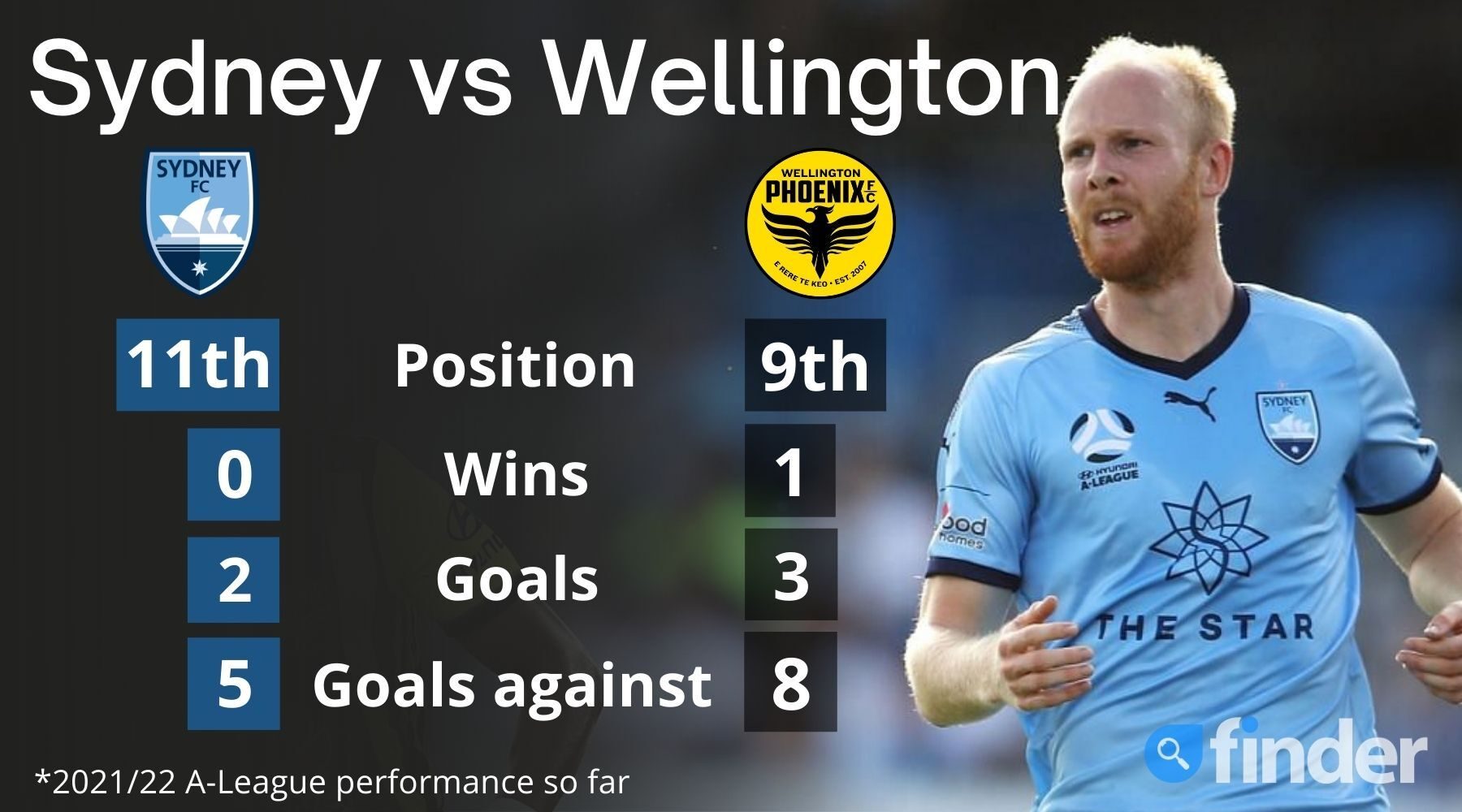 Sydney FC have not lost to Wellington across the last 7 matches played between the teams. They'll want that to continue and are, of course, desperate for a win and 3 points.

But it has been a good week for Wellington. In fact, an historic one, with the Phoenix advancing to the last 8 of the FFA Cup for the first time in their history after defeating Avondale 4-1 in that tournament.

It's a big day for both clubs as the men's and women's teams face each other in a double-header, which Sydney in particular will be hoping brings a few extra fans in the gate. The club is one of a number across the competition struggling to pull in crowds this season.

The Phoenix have leaked goals so far, conceding 8 for the first 4 rounds. Sydney have had trouble scoring, managing just 2 goals so far. Wellington have 3. It'll be tight and hard fought. We think Sydney FC at home will get the win.

Keen to know about more sports streaming? Check out our full guide here. You can also take a look at a list of all the TV shows available on Paramount Plus.