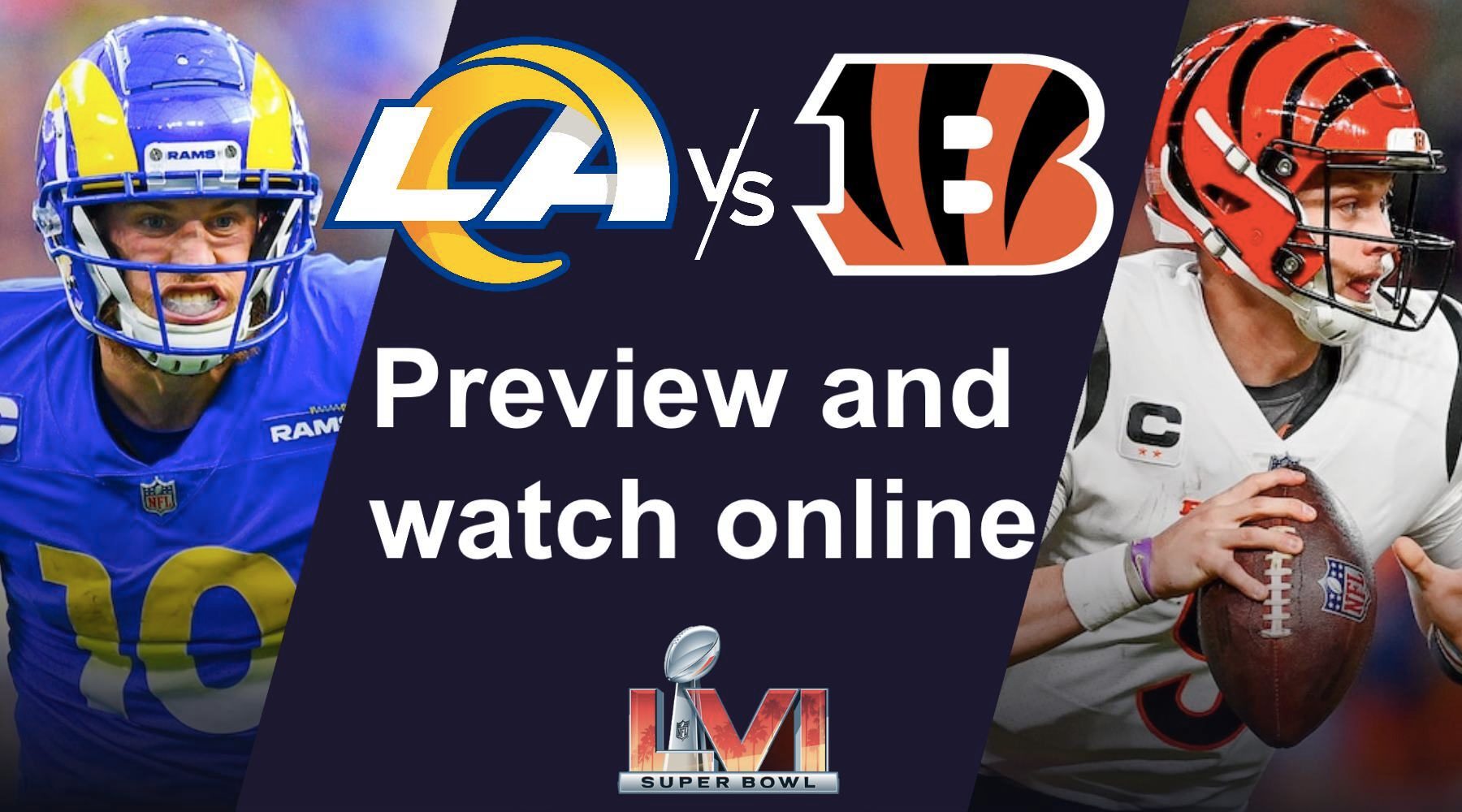 Sporting immortality awaits either the Rams or the Bengals as they get ready to clash in Superbowl 56.

SUMMARY: Superbowl LVI is on Channel 7 and 7Plus as well as Foxtel and Kayo Sports. You can watch for free using this 14-day trial to Kayo.

This is as good as it gets for NFL fans with Super Bowl LVI seeing the LA Rams face off against the Cincinnati Bengals.

The Rams won their way through last week with a stirring come-from-behind win over the 49ers, having trailed by 10 points at the final change. The Bengals produced a stunner of their own with a 27-24 overtime win over the Kansas City Chiefs.

The match begins at 10:30am AEDT on Monday 14 February at SoFi stadium in Inglewood, California.

How to watch Super Bowl LVI live in Australia

You have a variety of options for catching the Rams vs Bengals in Australia. You can watch the Super Bowl on Channel 7 or 7HD or stream it on 7plus.

LA Rams vs Cincinnati Bengals is also being shown live on ESPN, which means Foxtel iQ, Foxtel Now, Kayo Sports and Fetch TV are all considerations, along with NFL Game Pass.

You can see details on all of your NFL viewing options here.

Just as big as the game itself for some is the halftime show. This years halftime show in LA is absolutely stacked if you're an R&B or rap fan. Mary J. Blige, Kendrick Lamar, Dr. Dre, Snoop Dog and Eminem will all be performing. The halftime show should commence roughly around 12:00pm AEDT.

New customers can use this 14-day free trial to catch this match and so much more. Kayo boasts more than 50 sports for you to choose from.

In addition to the Super Bowl Kayo also has the new ESPN 30 for 30 The Tuck Rule as well as Tom Brady doco Man In The Arena.

Subscriptions to Kayo start from $25 a month, which lets you watch on 2 devices at once. If you're after a third simultaneous stream then you can upgrade to the Premium subscription, which is $35 monthly.

Who will win Super Bowl 56? For the second straight year, a team will be battling for the Super Bowl in their home city with the Rams trying to lift the Vince Lombardi trophy in California. Last year Tampa Bay took out the title at home.

After 272 games and 12 play-off matches, we are down to our final 2 teams. The Rams will be keen to stop Trey Hendrickson who has been the sacking king this season, so keeping him away from quarterback Matt Stafford is vital.

Conversely, the Rams' strength is their defensive line and ferocious pass rush, which can cause problems for anyone.

Los Angeles looks a little bit too deep across all lines and we feel they have a greater capacity to adapt to the ebbs and flows of the game. They should be able to prevail over the inexperienced Bengals here.

The last half dozen Super Bowls have been tight arm wrestles so this won't be a blowout, but the Rams will salute at home.

Keen to know about more sports streaming? Check out our full sports streaming guide here. If you're not sure who to stream with, we've got a Foxtel vs Kayo comparison so you can decide which one suits you best.