St Kilda will be looking for their first win over Geelong since 2016 when the 2 sides meet at Marvel Stadium this week.

SUMMARY: St Kilda Saints vs Geelong Cats is on Fox Footy. So unless you're already an existing Foxtel iQ customer with the Sports HD pack, your best option is to watch live on Kayo Sports. You can watch for free using this 14-day trial.

St Kilda began the season by winning 5 of their first 6 games, but back to back losses to Port Adelaide and Melbourne finds them in need of a win to straighten things up.

At 5-3, they are still in a healthy position and would be encouraged by their second half against Melbourne.

The Cats bounced back from a home loss to Fremantle by downing the Giants convincingly last week. They also sit at 5-3 with a decent percentage and are looking well on track for their 15th finals campaign in 16 seasons.

When is St Kilda Saints vs Geelong Cats?

This clash will take place in the twilight timeslot of 4:35pm on Saturday 14 May at Marvel Stadium in the Docklands.

How to watch St Kilda vs Geelong

Although Channel 7 has rights to broadcast some AFL matches in Australia, to tune in to St Kilda vs Geelong you will need Fox Footy.

That means either Foxtel iQ, Foxtel Now or Kayo Sports are your only options to catch this finals-shaping clash. To decide what's best for you, you can check out our take on Kayo vs Foxtel here.

You can also see our guide to streaming the whole AFL season.

After the trial period, you can sign up from $25 a month. That lets you watch on 1 screen at a time. The Basic package is $27.50 a month to watch on 2 screens simultaneously or the Premium package at $35 a month allows up to 3 devices at once. Fans of both teams should note that unless you live in Adelaide, the only place to see matches from either team live in the next couple of weeks is via a streaming service.

No matter what package you decide to run with, all offer the same features except for the number of accessible simultaneous screens. Kayo has a wide range of special features which enhances the viewing experience for armchair sports fans. These include Interactive Stats, No Spoilers, Key Moments and SplitView, which lets you watch up to 4 sports at once on the same screen.

Kayo also has access to broadcast more than 50 sports, so there's plenty to investigate once St Kilda vs Geelong is over.

You can check it all out in our Kayo Sports review.

Geelong keep on bouncing back and winning games. After a loss to Fremantle the week before last, the Cats' response was excellent with a crushing win over the GWS Giants. They also haven't lost to the Saints since 2016. 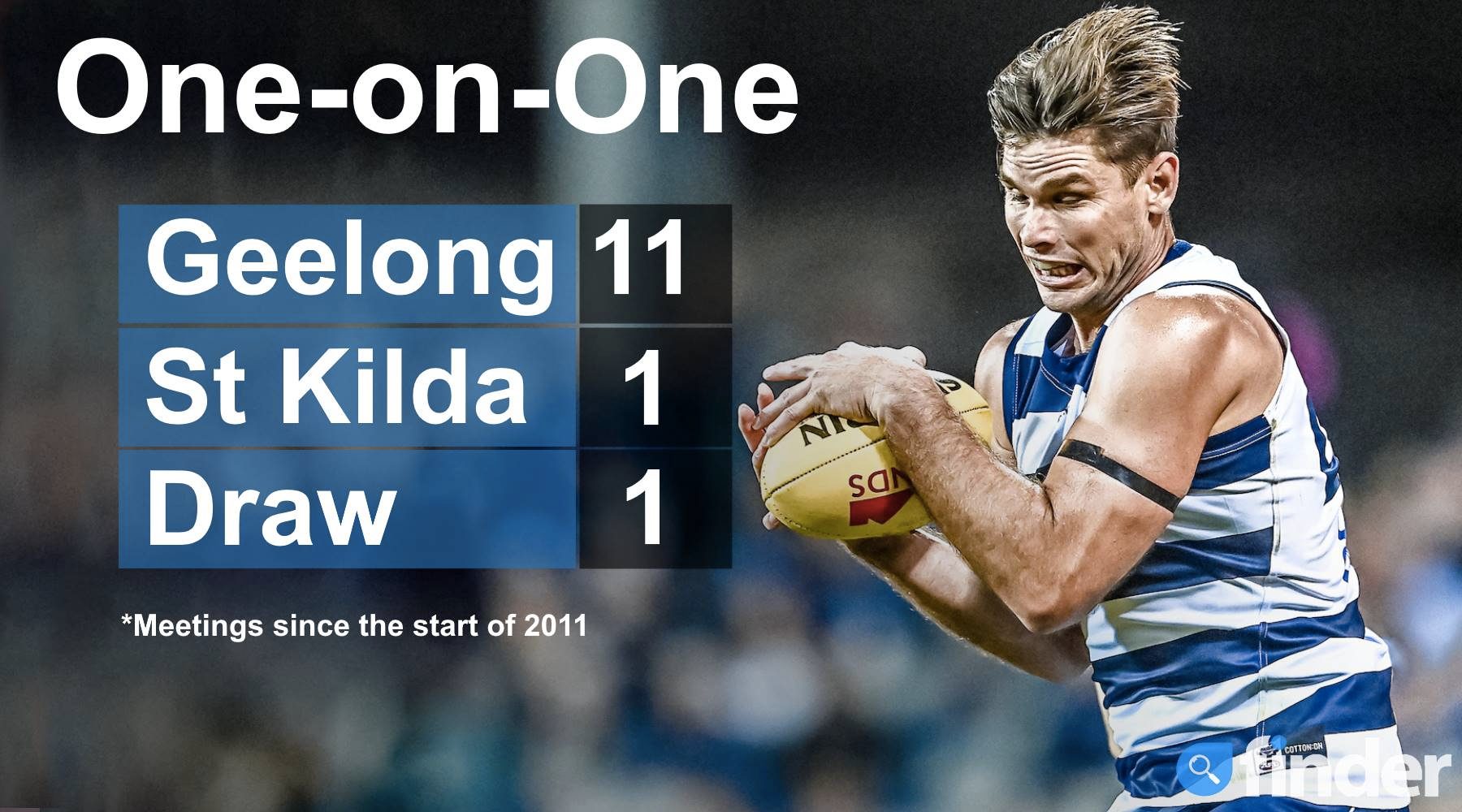 St Kilda found some form in the second half against Melbourne and they generally play Marvel stadium quite well. Last year they pushed Geelong twice and could have won at least 1 of those meetings. If given the chance again this week, they might sneak home and win their sixth game of the season.

You can find a breakdown here of the full AFL season draw.