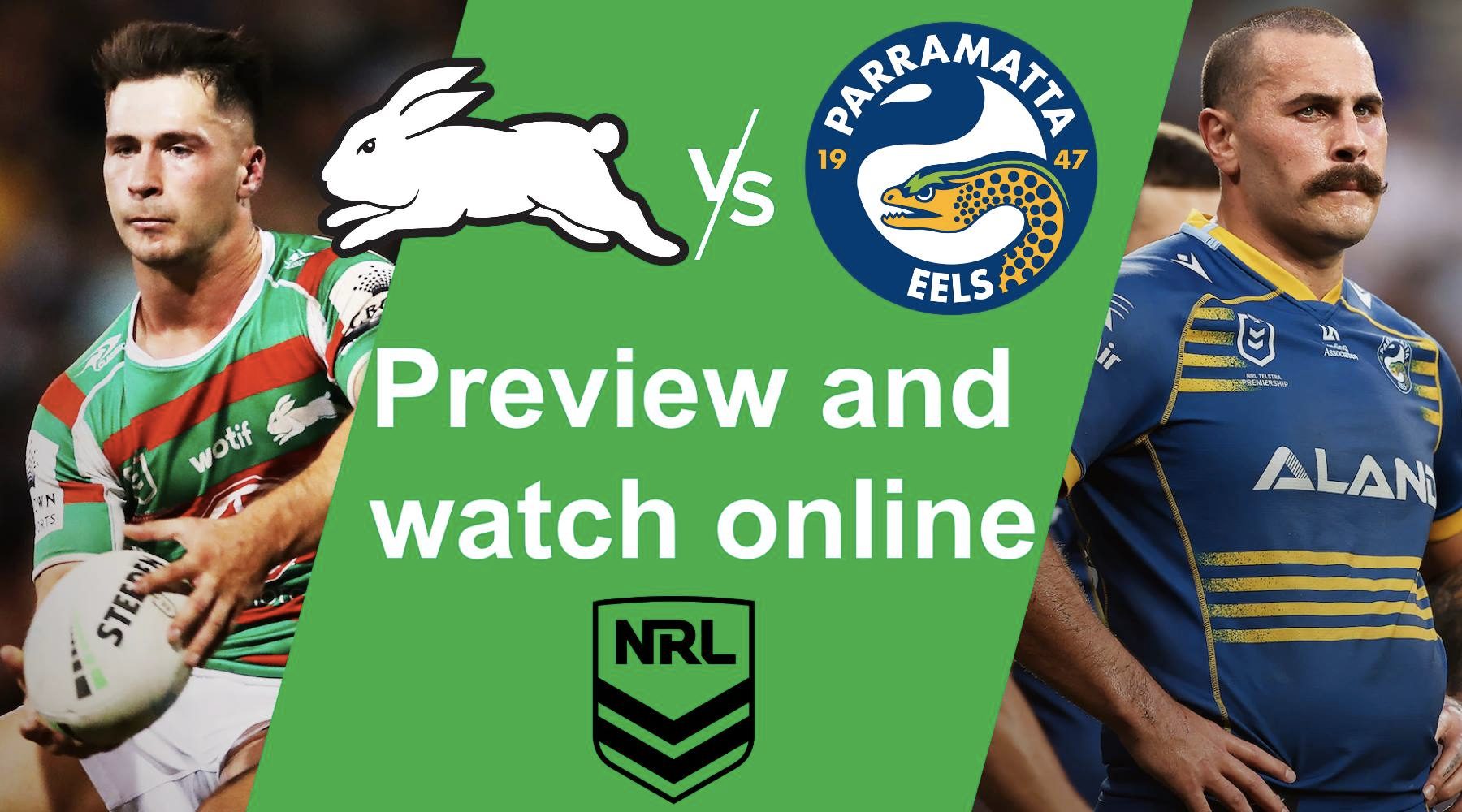 Both teams are looking to move away from the middle of the table in this week's clash.

SUMMARY: South Sydney Rabbitohs vs Parramatta Eels is on Fox League. If you already subscribe to Foxtel iQ with the Sports HD pack, you're good to go. If not, your best option is to stream live on Kayo Sports. You can watch for free using this 14-day trial.

With their Origin and Pacific Test stars mostly intact, it's back to business with Rabbitohs vs Eels as the NRL returns to a normal round.

Both teams have had an up-and-down season, though the Eels have managed more wins and are currently 1 spot above the Rabbitohs on the ladder. The Eels beat contenders the Roosters last round, yet lost to the lowly Bulldogs the previous game.

The Rabbitohs are currently split right down the middle, having won as many games as they have lost. But their patchy form has seen them both win and lose to teams below them on the ladder in recent weeks.

Rabbitohs vs Eels kicks off at 7:35pm on Saturday 2 July at Accor Stadium, Sydney Olympic Park. Although technically a home game for the Rabbitohs, it will be played in the heart of Eels territory.

How to watch Rabbitohs vs Eels live

Both these teams have a roughly 50-50 split of subscription-only and free-to-air TV coverage this year, but this round's Rabbitohs vs Eels requires a streaming service to view.

Your only way to watch Rabbitohs vs Eels is with a subscription to Kayo Sports, Foxtel or Foxtel Now, as it won't be available on the 9 Network.

Feel free to check out our Kayo vs Foxtel guide to see which service is better for you.

We have a full guide on how to stream the 2022 NRL season if you'd like to read about it in more detail.

Stream Rabbitohs vs Eels on Kayo

You can catch the entire NRL season before the grand final live on Kayo Sports. New customers can use this 14-day free trial and test it all out. That means if you sign up, you could watch Rabbitohs vs Eels at no cost.

Rabbitohs fans in particular might want to take advantage of this as 4 out of their next 5 games are only available via subscription to a streaming service.

The platform has more than 50 sports for you to choose from. After Rabbitohs vs Eels, this weekend you could check out some AFL, the Super Netball Grand Final or the F1 Grand Prix in Great Britain.

You could also test out Kayo's wide range of special features, including SplitView, which lets you watch 4 sports at once on the same screen.

The Rabbitohs came out on top vs the Eels last year on both occasions they met. This year though, the Rabbitohs have been way more inconsistent. 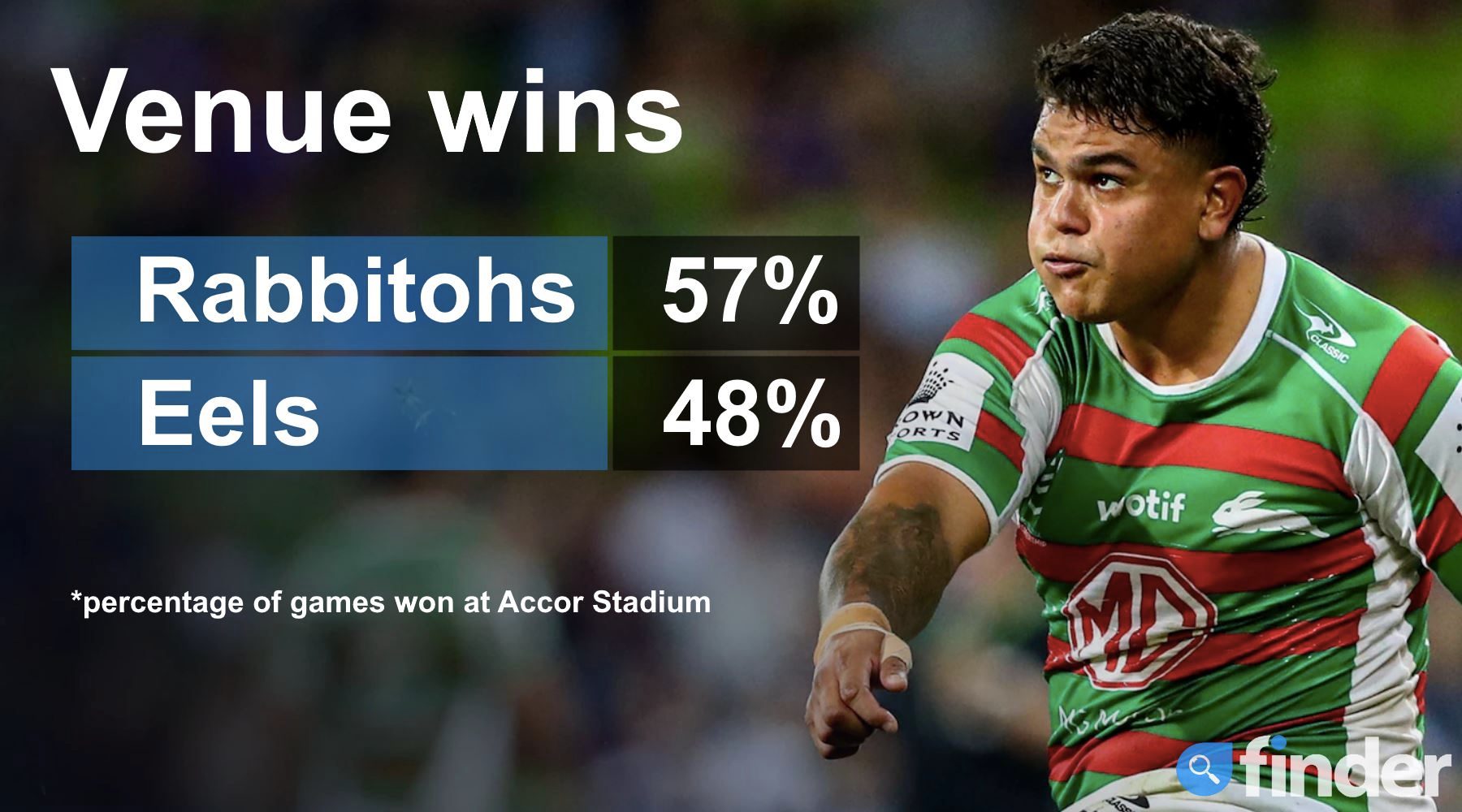 Rabbitohs star Latrell Mitchell is back after his long hamstring injury, so that will give the Bunnies a boost. Even though Cameron Murray had a head cut in Origin 2, he's down to play as well.

The Eels have Junior Paulo backing up from Origin 2, while Dylan Brown, Marata Niukore, Waqa Blake and Maika Sivo return from the Pacific Tests. That means the Eels will have an unchanged side from when they beat the Roosters last round.

Both teams need to string a few wins together to lock away their place in the top 8. The Rabbitohs in particular can't afford too many stumbles, especially vs the Eels, as they have the Dragons, Sea Eagles and Raiders breathing down their neck to get into finals contention.

We think the Eels should have just enough to win vs the Rabbitohs, though it could be a close match.