How to watch Socceroos vs China World Cup qualifier online 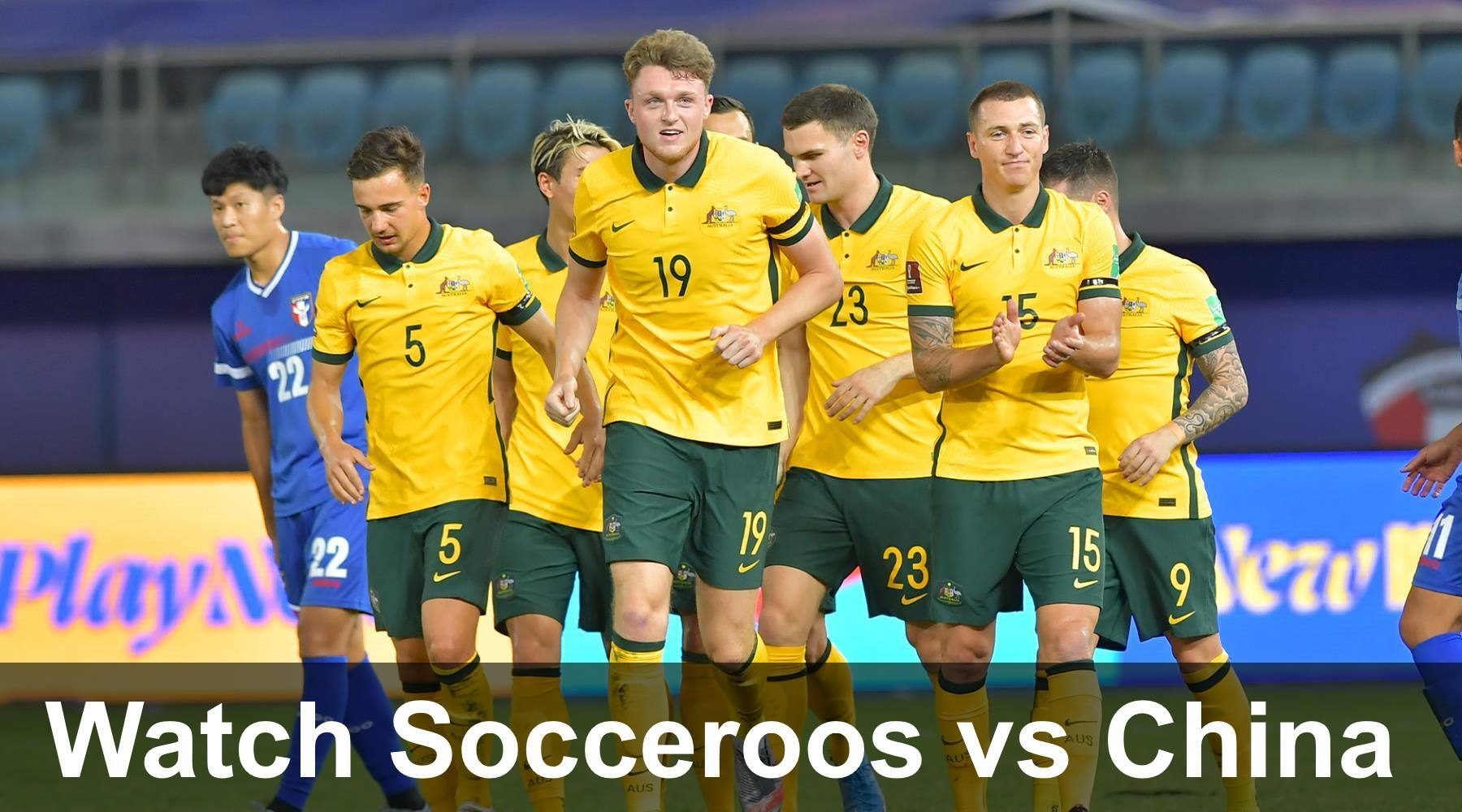 The Socceroos' bid to reach the 2022 FIFA World Cup continues in the third round of Asian qualifying. This is how to watch.

Australians have become accustomed to the Socceroos being part of the World Cup. Following decades of pain, ever since Australia qualified for 2006 it has been ever-present in the biggest sporting spectacle in the world.

Part of the Asian Football Confederation for qualifying, the third round is about to get underway. Made up of 2 groups of 5 nations, the top 2 teams from the third round qualify directly for the 2022 World Cup in Qatar, while the third-placed sides will feature in a play-off.

Following a superb second round where the Aussies were a perfect 8 wins from 8 games, they have been grouped with fierce rival Japan, plus China, Saudi Arabia, Vietnam and Oman. It all starts against China and this is how you can follow the action.

When is Socceroos vs China World Cup qualifier?

Set your alarm as this match will kick off at 4am AEST on Friday 3 September. Coverage starts at 3:30am AEST. It is being held at a neutral venue, Khalifa International Stadium in Doha, Qatar. It is a venue the Australians are familiar with and the air-conditioned stadium will also be used in next year's World Cup.

How to watch Socceroos vs China live online

Starting officially with this match, Australian football has a new broadcasting home. A sport that has been televised by SBS, the ABC and Fox Sports at various times is now controlled by ViacomCBS, owner of Channel 10 and new streaming platform Paramount Plus.

This match will be on free-to-air TV on the main 10 channel and 10 HD. It is also streaming on 10play, so you can tune in live or on demand. Matches from other federations across the world are broadcast by varied partners, so we have a full guide to watching World Cup qualifiers for you.

The 4-year ViacomCBS deal includes the rights to a wide range of football content, including Socceroos, Matildas, Young Socceroos, Young Matildas, Asian Cup qualifying and more. It will also be the new home of the A-League starting with the 2021/22 season.

Stream football on Paramount Plus

In time, a significant portion of football in the new deal will be shown on Paramount Plus. The new platform officially launched in Australia on 11 August 2021, costs $8.99 a month and comes with a 7-day free trial.

At the time of writing the platform does not have a football section, so it's unclear when you'll be able to start watching games. What it does have is a huge library of TV shows and movies, so you can start exploring it now and get used to the interface before the matches start flowing, likely later this year. Everything you need to know about Paramount Plus so far is here.

If you are interested in other matches during the qualifying phase, including South American qualifiers (yes, Argentina vs Brazil is this month), you will need access to beIN SPORTS CONNECT, Foxtel iQ, Foxtel Now or Kayo Sports.

You can check out more details on South American qualifying here.

Mathew Leckie, who captained Australia earlier this year, is skipping this portion of qualifying due to concerns over travel and quarantine. But it is an otherwise strong squad, boosted the returns of Aaron Mooy, Tom Rogic and Daniel Arzani.