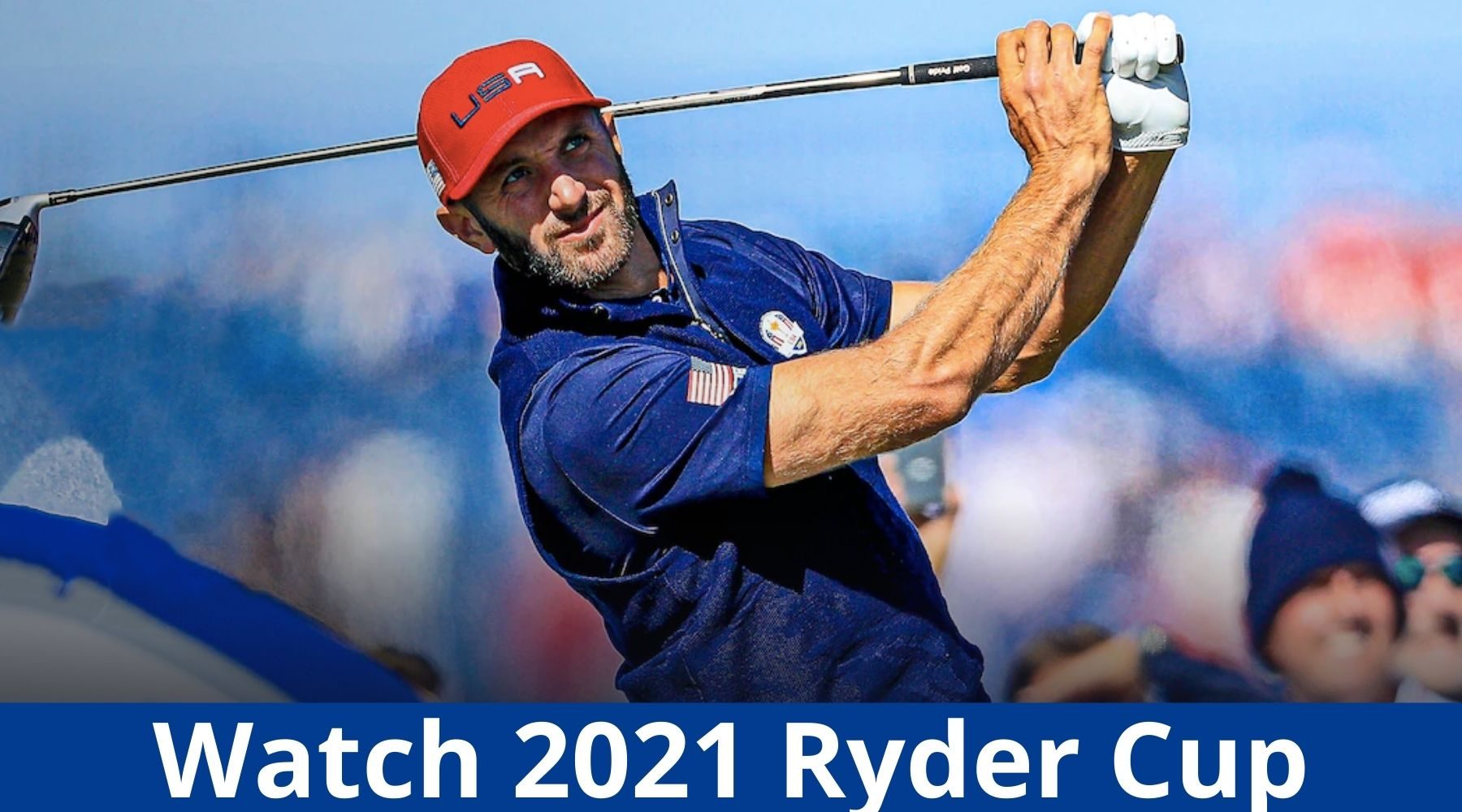 Golf's prestigious Ryder Cup returns with Team USA taking on the Europeans in Wisconsin, keen to atone for the disaster of 2018.

SUMMARY: 2021 Ryder Cup is on Fox Sports. Unless you're already a Foxtel customer, your best option is to watch live on Kayo Sports. You can watch for free using this 14-day trial.

One of the most coveted events on the golf calendar is upon us again with the 43rd edition of the prestigious Ryder Cup beginning this weekend.

The famed team event, contested between the US and Europe, was postponed by 12 months due to the pandemic, marking just the second time the event has been pushed back since the second world war. The 9/11 attacks in the US in 2001 was the other. Here's all you need to know.

The 2021 Ryder Cup will be begin at 10pm AEST on Friday 24 September. Day 2 begins on Saturday 25 September at 10pm AEST and on Monday 27 September at 2am AEST the singles component of the event will conclude the competition.

The 2021 Ryder Cup will be held at Whistling Straits Golf Course in Sheboygan County, Wisconsin.

How to watch the Ryder Cup

As mentioned the 2021 Ryder Cup is on Fox Sports. That means Foxtel iQ, Foxtel Now and Kayo Sports are all options for tuning in. There is a dedicated Ryder Cup channel available on both Foxtel and Kayo Sports. With its price point and lengthy free trial, we think Kayo Sports is the way to go.

You can watch this historic event through Kayo Sports. If you are a new customer, you can watch all 3 days and much more sport for free using this 14-day trial.

Following the trial period, the Basic subscription and 2 simultaneous streams is $25 a month. There is a Premium option for $35 a month which has an additional stream.

What sets this popular platform apart is its impressive array of special features. SplitView lets you watch up to 4 screens at once. There are also Kayo Minis, Interactive Stats and a Key Moments Timeline, among others.

All up Kayo boasts more than 50 sports for you to enjoy and can be accessed via Android and iOS devices, Apple TV, Telstra TV, Android TV and Samsung TV (2017 or later), Sony Bravia TVs, Mac and PC as well as Chromecast or AirPlay. Complete details are in our extensive Kayo review.

Another option for watching this year's tournament is Foxtel's digital streaming service, Foxtel Now. You have to subscribe to the Essentials pack in addition to the Sport pack which costs a total of $54 a month.

What is the Ryder Cup?

The Ryder Cup is a biennial men's team golf competition between teams from Europe and the US. The competition is contested every 2 years with the host nation alternating between courses in the US and Europe.

It was due to be held in 2020 but was postponed due to the COVID-19 pandemic. It was originally contested between the US and Great Britain before Team Europe began competing in 1979.

What is the Ryder Cup format?

Each team consists of 12 players who play off against each other in a match play format across four-ball, foursomes and singles over 3 days. The first 2 days consist of a morning and afternoon session made up of four-ball and foursomes, before the final day is for the singles competition.

Four-ball has 2 members from each team playing in a group where the best score at the end of each hole for each team is recorded. If the lowest scores for each team are equal, each team will receive half a point for that hole.

Foursomes see 2 members from each team playing 1 ball each, with players taking turns until the hole is complete. The team with the lowest score on each hole receives a point.

Singles follows the same format and consists of individual players from each team competing.

How do teams win the Ryder Cup?

In total, 28 points are up for grabs with the 28 matches played over the 3 days. The objective is to win the higher majority of head-to-head matches. If scores are tied at 14-14 at the end, the defending champion retains the trophy (in this instance Europe).

What are the Ryder Cup teams?

Each team is made up of 12 players.

6 golfers qualified based on their PGA performances since the last Ryder Cup event in 2018 and 6 were selected by captains.

The players for Team USA are:

9 players qualified based on tour results, with the last 3 selected by the captains.

Team USA leads the overall head-to-head 26-14 with 2 ties. However, since Team Great Britain was replaced by Team Europe in 1979, the Europeans lead the head-to-head 11-8 and have won 9 of the last 12 events.

Who will win the Ryder Cup? 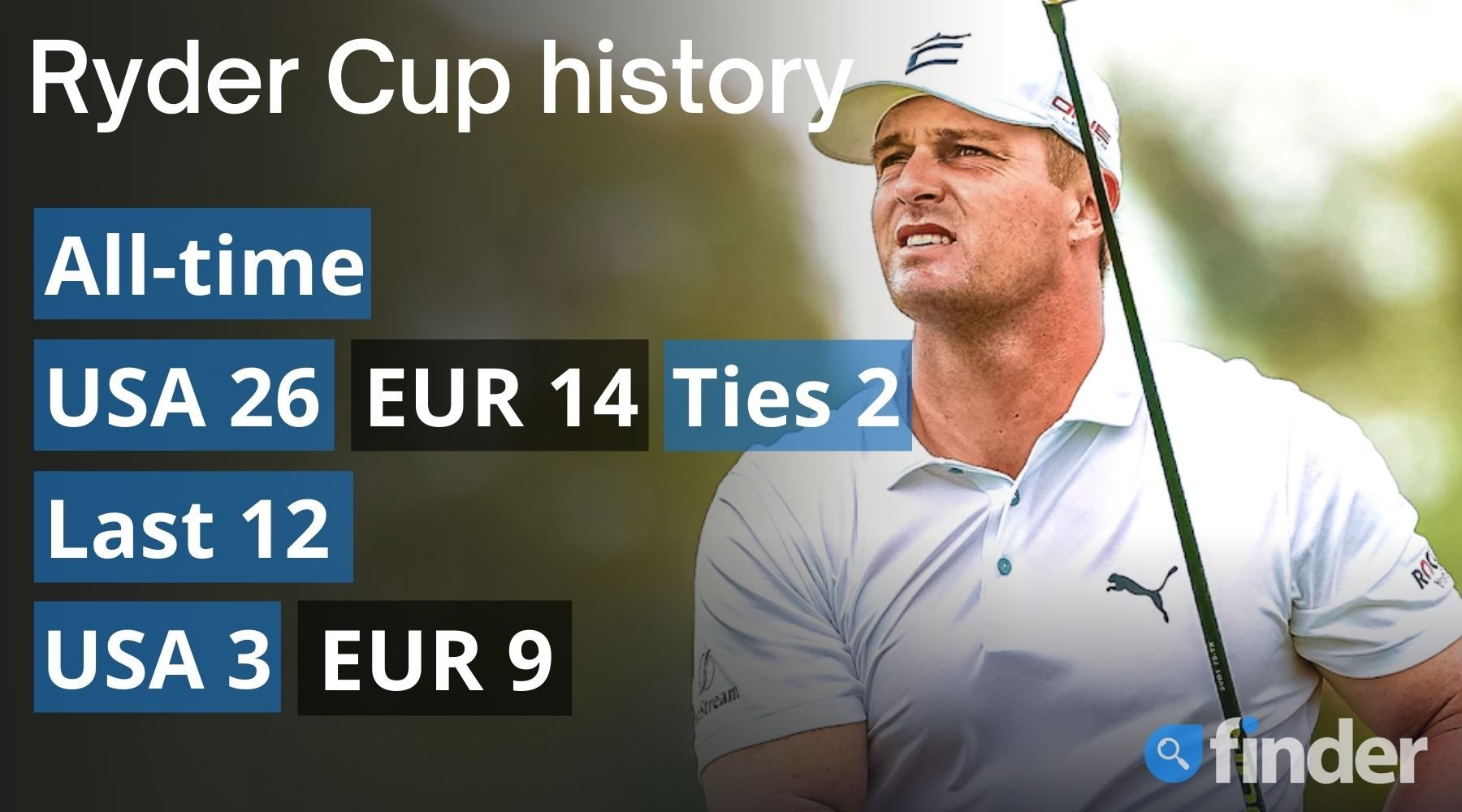 Team USA copped a belting in 2018 in Paris and will be super keen to atone. Rumours abound of disconnect within the ranks but if they can overcome any squabbles we feel the talent in the 2021 US team can bounce back on home turf.

The Americans will also need to overcome some cooler conditions and we think they can record their 27th win in the Ryder Cup, spearheaded by Johnson, DeChambeau and Spieth.