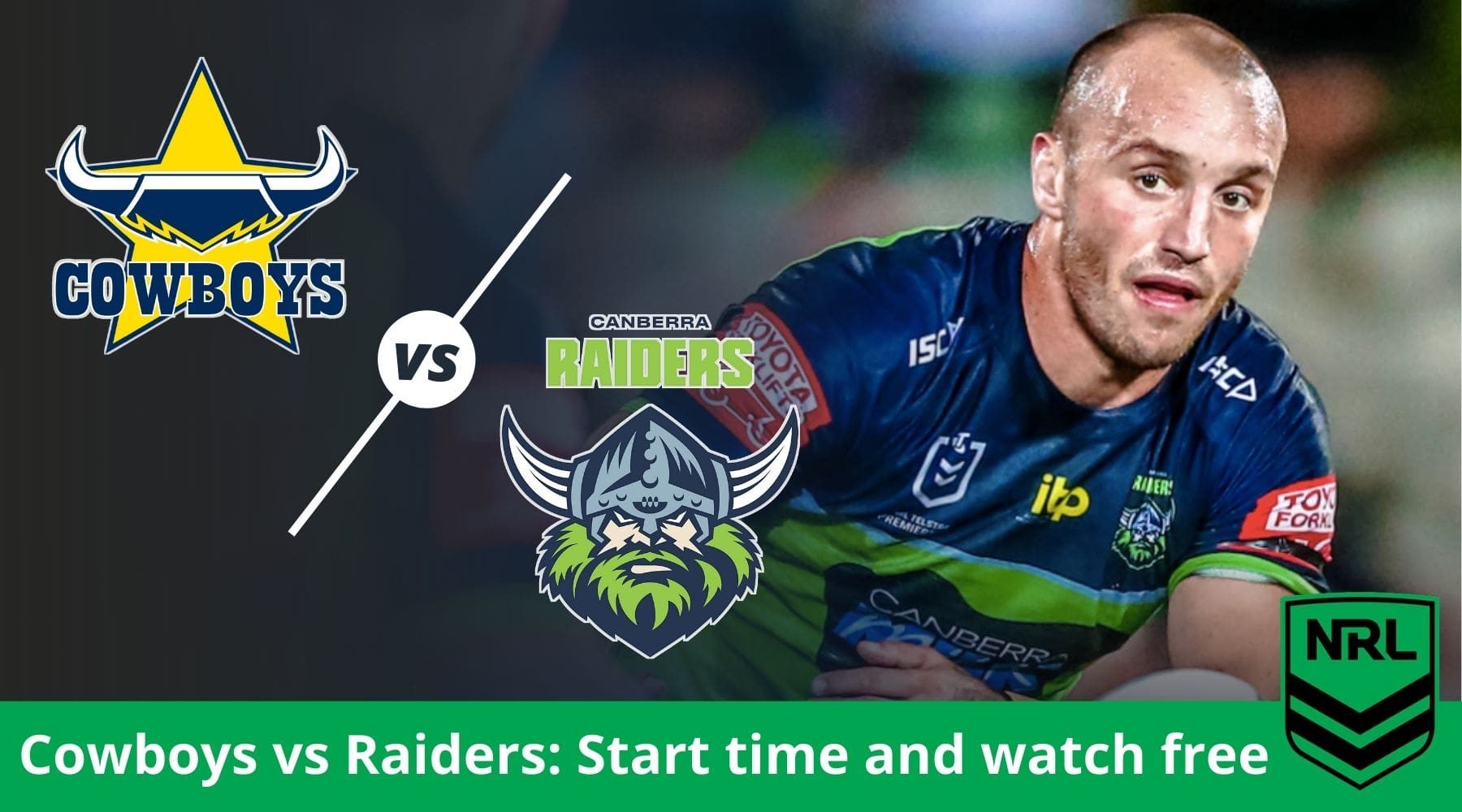 Raiders coach Ricky Stuart has made a stack of changes. Does that spell bad news for the Cowboys?

SUMMARY: Cowboys vs Raiders is exclusive to Fox League. If you already subscribe to Foxtel you're good to go, if not your best option is to stream live on Kayo Sports. Watch for no cost using this 14-day free trial.

North Queensland coach Todd Payten has stuck solid with his players, despite a litany of errors in their narrow victory against the Bulldogs last week. The Cowboys will have to be better against the Raiders who will be hurting after losing at home to Parramatta.

Canberra coach Ricky Stuart has made a heap of changes, with some forced through injuries, but most on form. Expect a fired-up Raiders in Townsville with players clearly on notice. You wouldn't have thought it after the opening fortnight, but a Cowboys win against the Raiders would see the sides on equal points.

The Cowboys will host their southern rivals Canberra from 7:35pm AEST on Saturday 24 April at Queensland Country Bank Stadium in Townsville.

How to watch Cowboys vs Raiders live and free

This match is not on free-to-air TV. Cowboys vs Raiders is exclusive to Fox League, so fans will need a subscription to Kayo Sports, Foxtel iQ or Foxtel Now.

If you're not familiar with any of the streaming options, it'd be best to compare Kayo and Foxtel head to head. We also have a full viewing guide for the NRL season that breaks down all your streaming options.

Kayo boasts every single regular-season NRL game live and ad-free. You can catch 2 weeks of NRL, AFL and much more for no cost using Kayo's 14-day free trial for new users.

Cowboys or Raiders fans should strongly consider it. As you'll see in the chart below, they're the fifth and sixth least represented teams on free-to-air. You can see our guide to each team's matches on Channel 9 here.

After your free trial, Kayo will cost $25 or $35 a month to watch two or three screens at once, respectively. Kayo is compatible with Macs and PCs, plus iOS and Android devices, Chromecast, Apple TV, Android TV, Telstra TV, Sony Bravia TV and Samsung TV (2017 or later).

We weren't kidding when we said Ricky Stuart has made several changes. Josh Hodgson (calf) and winger Bailey Simonsson (concussion) were forced out through injury.

Stuart has dropped Josh Papalii to the bench and axed Joseph Tapine and Iosia Soliola from the top 17. Corey Harawira-Naera and Corey Horsburgh are back in first grade after their separate drink-driving incidents.

The Raiders no doubt will have worked hard on their defence at training this week after conceding 11 tries in their past 2 matches. They have been outscored 35-4 in the second half of those games so fatigue may possibly be playing a role in that. However, we're expecting a strong response from the Raiders after Stuart put his players on notice. We'd be very surprised to see the Cowboys and Raiders still tied on missed tackles per game after this round.

Wondering what to watch on Kayo? You can see the full list of sports on Kayo here. You can also see a breakdown of your team's NRL fixtures for 2021 here.