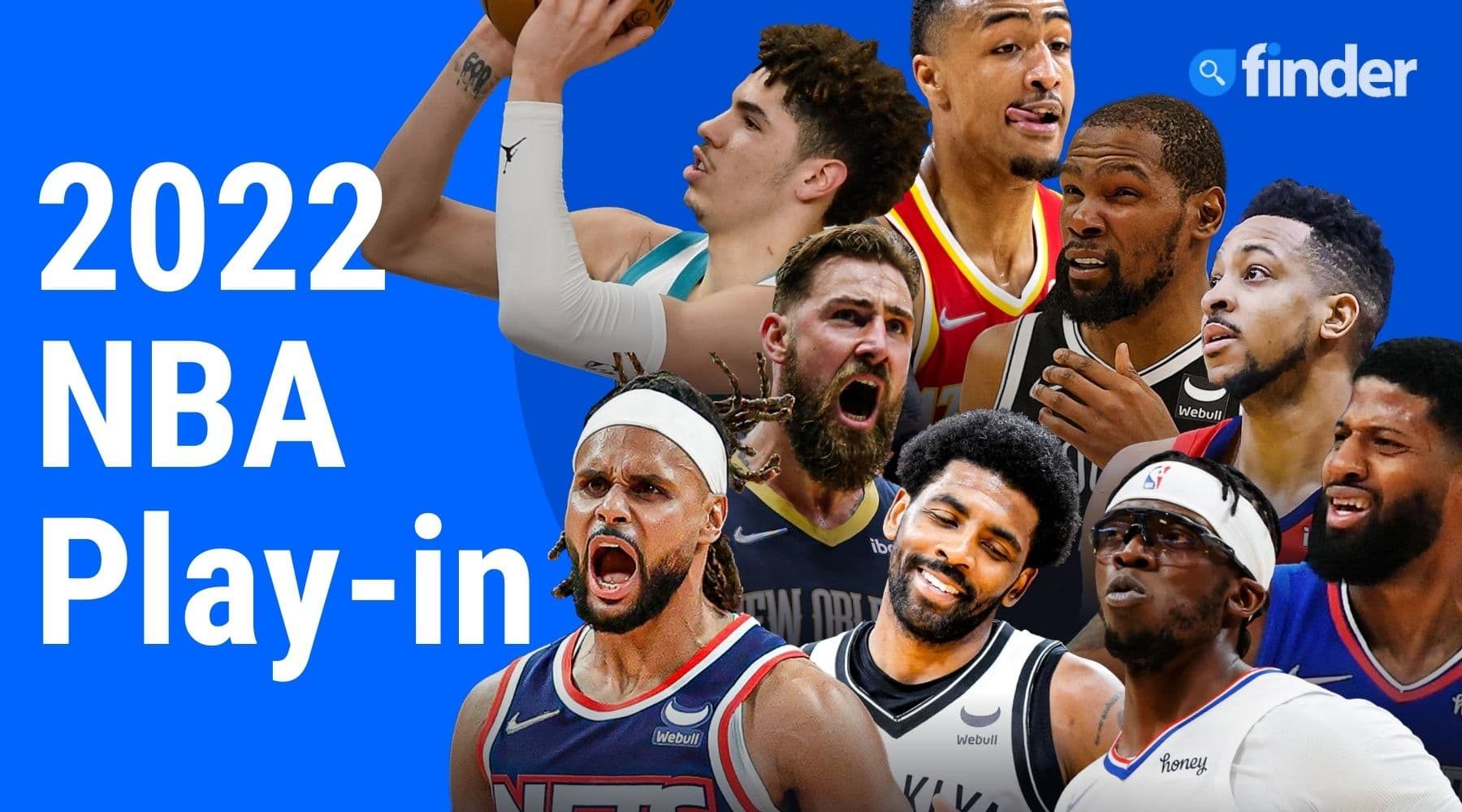 There are 8 teams, but just 4 Playoff spots are available. Who can escape the Play-in?

SUMMARY: The NBA Play-in tournament is exclusive to ESPN and NBA League Pass. Unless you're already a Foxtel or League Pass customer, your best way to watch is live on Kayo Sports. You can watch for free using this 14-day trial.

The 2022 NBA regular season has come to a close. We're now left with the official second annual edition of the NBA Play-in tournament to determine the final 2 Playoff spots in the eastern and western conferences.

There are surprises too. The Brooklyn Nets started the season as championship favourites, Atlanta were in last season's eastern conference finals, Minnesota actually won some games and the Pelicans had another Zion-less year. Yet despite all of that, they all find themselves fighting for a Playoff spot.

NBA Play-in games will be split over 13–14 April AEST in Australia. It kicks off with both the 7 vs 8 match-ups.

How to watch NBA Play-in games in Australia

While the NBA regular season is distributed via ESPN and SBS, the Play-in and Playoffs are exclusive to ESPN. That means for the Play-in tournament, you'll only be able to watch via Kayo Sports, Foxtel or Foxtel Now.

On average, ESPN has roughly 50% of the Playoff games over the first round. This does differ though depending on how long a series goes for and how many games are scheduled on a single day. It has every game live from the conference finals and Finals.

There is also the association's own streaming service NBA League Pass. It's the only way to watch every Playoff game live or on-demand. You can find more details in our NBA streaming guide that includes the ESPN and SBS broadcast schedule.

Kayo Sports is the best value for money way to watch the NBA Playoffs in Australia. Kayo will cost you either $25 or $35 each month. The more expensive option allows you to run 3 simultaneous streams rather than 2.

You can get started with Kayo with this 14-day free trial. While Kayo does have a free version of its service called Kayo Freebies, there are no NBA games available, so you will need an account.

For more information, check out our review of Kayo to learn about its features, interface and more.

How does the Play-in tournament work?

The NBA Play-in tournament determines the final 2 Playoff seedings in each conference. It gives the 2 teams who finished with the 7 and 8 seeds 2 chances to make the Playoffs. Those who are seeded 9 and 10 only have 1 real chance.

More than anything though, it was created because it rates so well and helps generate additional revenue for the league. The idea of a March Madness-like situation to make the Playoffs picked up steam after the Wolves vs Nuggets season finale back in 2018. It was also meant to help eliminate tanking. And while the jury is still out on if it curbs tanking, without the Play-in there's little chance the Pels would have played their best players over the final 25 games.

Whoever wins the 7 vs 8 contest is then the 7th seeded team in their conference of the Playoffs. So the winner of the game between the Wolves and Clippers would become the 7 seed and face off against the Memphis Grizzlies. While in the east, the winner of Nets vs Cavs would then book in a date with the Boston Celtics.

Whichever team loses that initial 7 vs 8 fixture has to turn their attention to the 9 vs 10 match-up. Teams ranked 9 and 10 face sudden death the whole way through. Lose and your offseason begins. Win and you're 1 game away from stealing the final Playoff spot.

To steal that final Playoff spot, the winner plays the loser of the 7 vs 8 game from their respective conference. All of which might be easier said with the graphic below.

Keen to know about more following your favourite sports? Check out our full sports streaming homepage here. If you're not sure which streaming service is best for your needs, we've got a Foxtel vs Kayo comparison to help you decide.