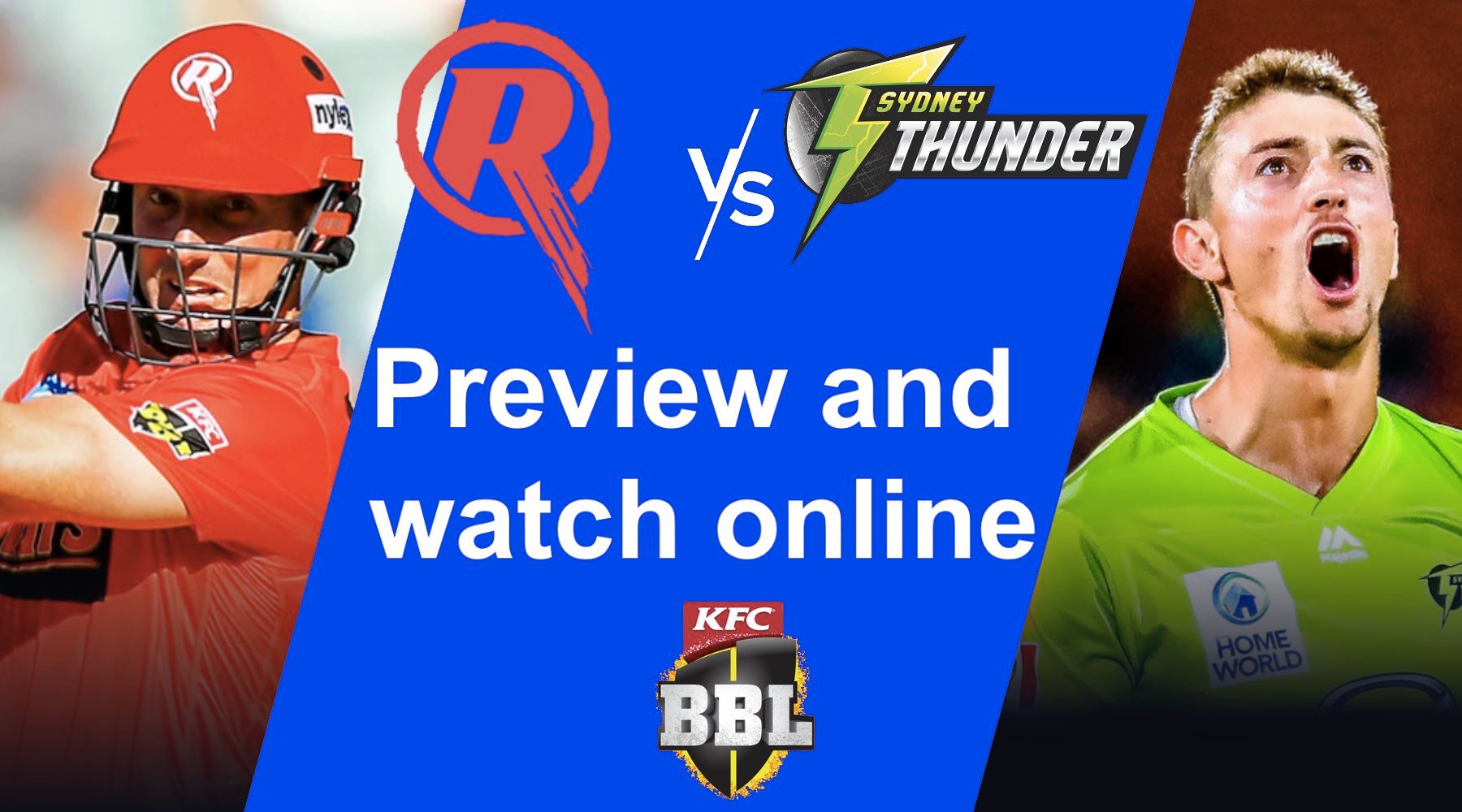 The Renegades are clinging to faint hopes of finals and need to produce the goods against the Thunder this week.

SUMMARY: Melbourne Renegades vs Sydney Thunder is on Fox Cricket. Unless you're already a Foxtel customer, your best option is to watch live on Kayo Sports. You can watch for free using this 14-day trial.

The 2 teams often referred to as the little brothers of their respective cities will face off here with in-form Sydney Thunder having won 4 of their last 5 matches coming in. Muhammad Hasnain has been a revelation since coming in to the line-up and that unforgettable first over last week against Adelaide will be replayed for a long time to come.

The Renegades snapped a losing streak via a rain delay against the Sixers and in a small run chase against the Stars last week. With Shaun Marsh and Nic Maddinson back in the line-up, they are starting to look a bit better on paper at least.

When is Melbourne Renegades vs Sydney Thunder?

The clash is at 6:05pm AEDT on Saturday 8 January at Marvel Stadium in Melbourne.

How to watch Renegades vs Thunder

This match is only available via subscription and there is no free-to-air coverage. We have a full guide to the BBL here. You can also check out a break down of the BBL fixtures.

Subscriptions to Kayo start from $25 a month which lets you watch on 2 devices at once. If you're after a third simultaneous stream then you can upgrade to the Premium subscription, which is $35 monthly.

Who will win Renegades vs Thunder? 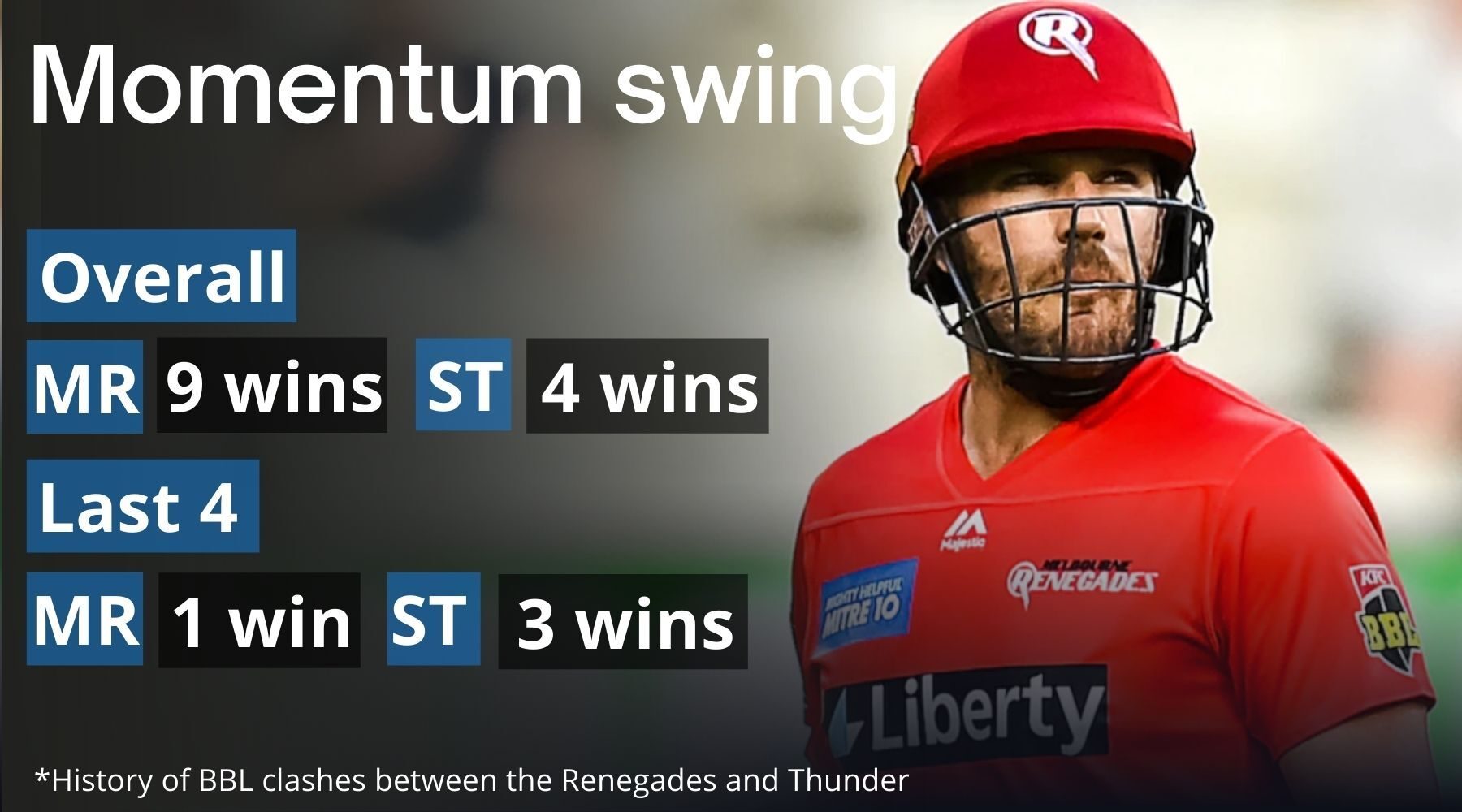 The Renegades may have left their run too late, but the last few days have shown some glimpses with a Derby win built on a strong bowling performance that was long overdue.

Having conceded consecutive 200-plus totals, the Renegades finally clicked to bowl their cross town rivals out for 126. Nic Maddinson with his spin and Kane Richardson with his pace were the chief destroyers, but the batting line-up looks a lot more stable as well with the addition of Shaun Marsh who is back from injury.

The Thunder have put together a very impressive season so far, with some new faces guiding them strongly. Matthew Gilkes continues to impress with a 93 last week and the bowling depth has always been a strength.

This should be a tight contest, one the Renegades generally dominated until recent seasons with the Thunder claiming 3 of the last 4, having lost 6 in a row before that. The boys from Sydney look a little more reliable and should claim another victory.